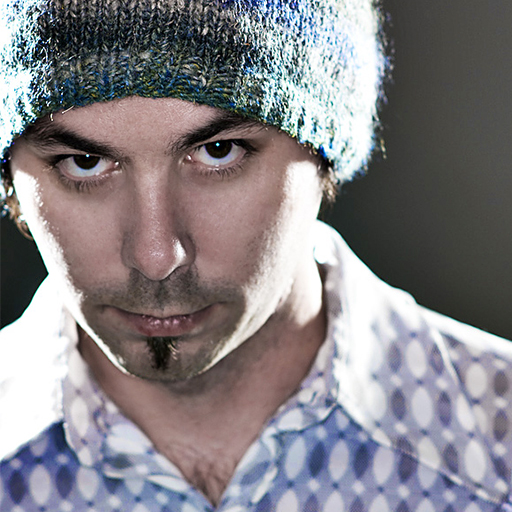 J. Anthony Allen has worn the hats of composer, producer, songwriter, engineer, sound designer, DJ, remix artist, multi-media artist, performer, inventor, and entrepreneur.
J. Anthony Allen
J. is a versatile creator whose diverse project experience ranges from works written for the Minnesota Orchestra to pieces developed for film, TV, and radio. An innovator in the field of electronic performance, he performs on a set of “glove” controllers, which he has designed, built, and programmed by himself. When he’s not working as a solo artist, Allen is a serial collaborator. His primary collaborative vehicle is the group Ballet Mech, for which J. is one of three producers.

In 2014, J. was a semi-finalist for the Grammy Foundation’s Music Educator of the Year. J. Anthony Allen teaches at the University of St. Thomas in St. Paul, MN., and is an Ableton Live Certified Instructor. He has a PhD in music composition, 2 Master’s degrees in music composition and electronic music, and a bachelors degree in guitar performance. Through his academic travels, Dr. Allen has received numerous awards along the way.

Born and raised in Michigan, he has worked with many forms of interactive media including audio, video, installation and dance. Mr. Allen’s work has been experienced all over the world, and has been called “a study in ominous sound and motion,”(Baltimore Sun) “An aural hallucinogen,” (Minnesota Public Radio) and “A beautiful and engaging use of technology. ” (Cogapp: The Art and Science Blog). In 2003 Allen joined the team of the Spark Festival of Electronic Music and Art where he was the assistant director and lead producer through 2009.

His music can be found on the Hackademica, SEAMUS, and Panacea3 labels.

We welcome "Jay" to our team of topnotch trainers!

(Photo by Dan Olson)
Courses by J. Anthony Allen
Reviews
Feedback
How are we doing?
We'd love your thoughts, feedback and questions regarding our new site. All feedback is appreciated!
We do not respond to this form! If you need support, please visit our support page.
Thank you for your input!
Your message has been successfully sent
Course Advisor
Don't Know Where To Start?
Ask A Course Advisor