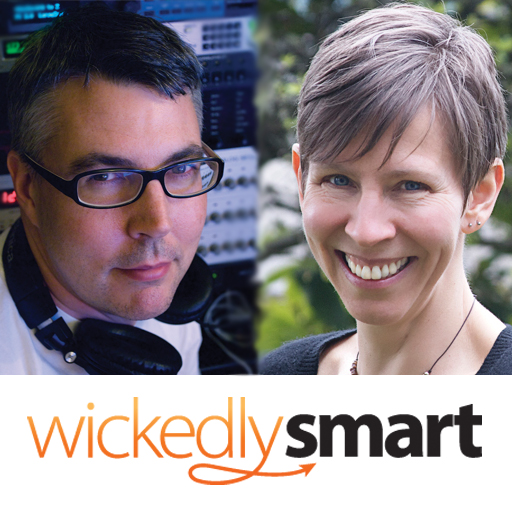 WickedlySmart is an education and technology company created by Eric Freeman & Elisabeth Robson to help people gain mastery over web and software technologies.
WickedlySmart
WickedlySmart blossomed from the success of Eric and Elisabeth's books, which have inspired, educated and entertained well over a half a million people to date. WS is now focused on bringing Eric and Elisabeth's unique teaching style to other channels, including software applications, workshops and video tutorials for macProVideo.

Eric and Elisabeth are much more than educators. Eric, formerly CTO of Disney.com, holds a Ph.D. in Computer Science from Yale University. He got his start building Internet systems for the space program. Elisabeth previously drove training at the computer industry's premier publisher, O'Reilly Media, holds a Masters degree in Computer Science at Yale University, and built the first web site devoted to mentoring women in computing.

Courses by WickedlySmart
Reviews
Feedback
How are we doing?
We'd love your thoughts, feedback and questions regarding our new site. All feedback is appreciated!
We do not respond to this form! If you need support, please visit our support page.
Thank you for your input!
Your message has been successfully sent
Course Advisor
Don't Know Where To Start?
Ask A Course Advisor