All Articles Premiere
Exploring the New Audio Features in Premiere CS6
Hollin Jones on Fri, November 23rd 0 comments
Language
A few months on from its release, Premiere CS6's audio enhancements and features are still not as well acknowledged as they perhaps should be. Hollin Jones sets out to correct this!

Premiere Pro CS6 has streamlined and improved the way it deals with audio, which will be welcome news for anyone who uses it for anything other than simple track mixing. In fact it has inherited some rather handy new features from Audition CS6, which is of course a dedicated multitrack audio editor, so that's a good start.

The audio mixer has a new look and new tools that make it more professional and precise to work with. When fully expanded, the faders now offer a more precise display including separate decibel level scales, which you can also see on the meters. New contextual menus provide a number of options such as the ability to reset peak level indicators, show valleys at low amplitude points, change the displayed decibel range, and choose between dynamic peak indicators that update every three seconds or static peak indicators that hold the loudest peak until reset. Peak levels are displayed numerically below each meter, giving precise visual feedback about your audio signal levels. The faders even resize themselves when you scale the panel! 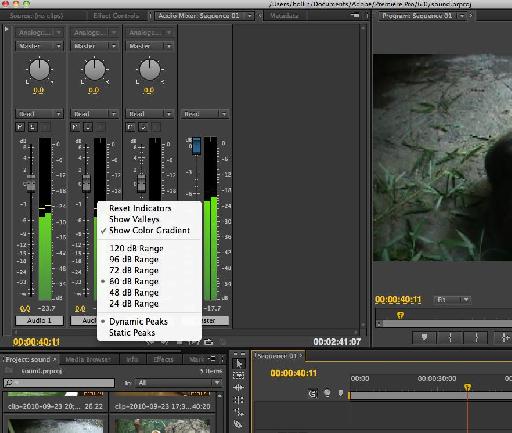 Option-clicking on an audio fader now resets it to zero, something which people in the pro audio world have been used to for quite a while. Inserts and sends are now managed more logically using dropdown slots, and you can add any effect present on your system. Use any audio plug-in installed on your system in your Premiere projects.

Double-clicking on a plug-in's name will open its GUI window, or at the base of each channel's plug-in area, you can select a quick control to manipulate. This will have a default value, but you can change it by clicking on the menu at the bottom of the window and selecting any alternative parameter, making it easy to assign quick controls for things like reverb level, compression or delay amounts and so on. 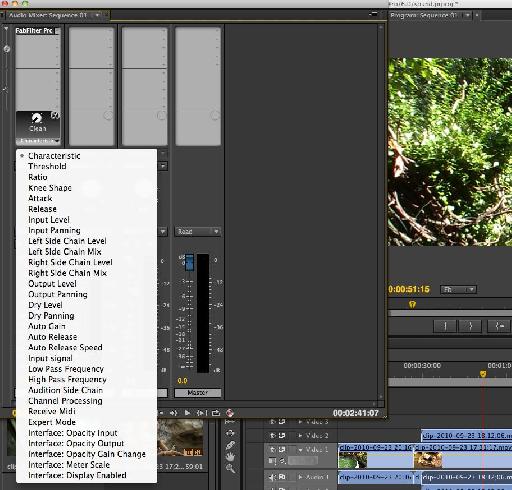 Access a plug-in's full GUI or assign quick controls straight from the Mixer.

For working with multichannel audio, Premiere has a new output mapping system. If you go into the Preferences section and choose Audio Output Mapping, you'll be able to select your audio device. Where it has more than two outputs, you can easily assign front, left, right, rear, sub and other channels to physical outputs on your hardware. By dragging any of the speaker icons to a different channel, you can reassign it. 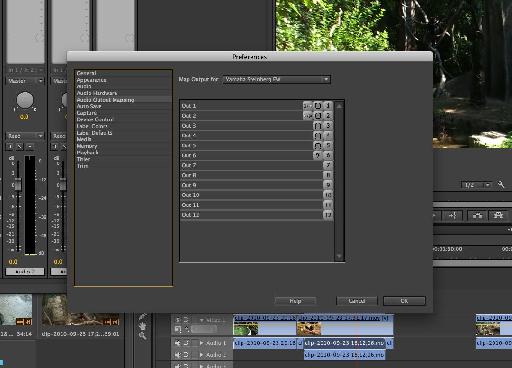 In the Timeline, there's a new standard audio track type which can contain either mono or stereo audio files and will adapt automatically. 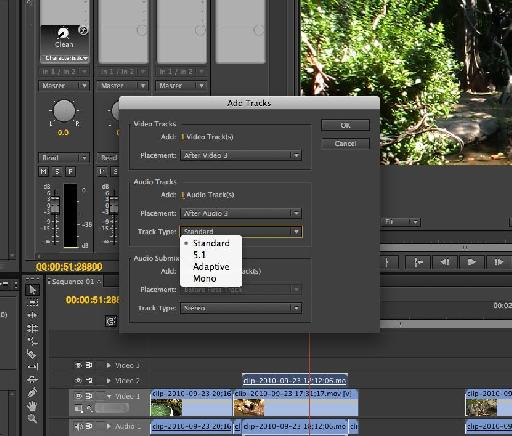 Audio tracks can now adapt to fit the source material.

Numerous other minor enhancements and refinements to existing features make working with sound in Premiere Pro 6 a breeze. In the mixer for example, holding the Command key while dragging a fader makes very precise movements, and there is a new Solo button on each audio channel. Of course, you can still take advantage of audio track parameter and effect automation using the automation type selectors in the Mixer, and then edit it using the regular keyframing system in the Effect Control window. Working with audio in Premiere is more flexible than ever now thanks to these new tools and features.

Dream It. Do It.
Do you want to learn DSLR Workflows?
Yes, I want to learn!
No Thanks, I just want to read the article.
Feedback
How are we doing?
We'd love your thoughts, feedback and questions regarding our new site. All feedback is appreciated!
We do not respond to this form! If you need support, please visit our support page.
Thank you for your input!
Your message has been successfully sent
Course Advisor
Don't Know Where To Start?
Ask A Course Advisor