All Articles Ableton Live
Ableton Live 10 Tutorial: Echo To Infinity
Noah Pred on Thu, April 12th 0 comments
The new Echo effect in Ableton Live 10 has far more interesting abilities than first meet the eye. In this tutorial, dub aficionado Noah Pred shows you why he think's it's the best echo on the block.

One of the most welcome additions to the native Live device family as of version 10 is Echo. Simple Delay, Ping Pong, and even Filter Delay are sufficient for standard digital delay usage, but rather clinical by design and while Grain Delay is certainly unique, it’s simply not designed to deliver convincing vintage echo. While there are plenty of competitors in the third-party marketplace, many with their own unique selling points, Echo makes a strong case to be the number one option for classic dub delays, lush modulation, and just about everything in between.

The primary decisions you’ll make regarding delay properties involve the delay line parameters located at left in all three panel modes. If your Left and Right delay lines are unlinked, you can configure their lengths independently: one in Time mode, measured in milliseconds, the other in Sync mode. But if you’re like me, the beauty of a virtual delay unit is tidy rhythmic synchronization – especially when all kinds of non-linear grit are available elsewhere.

In Sync mode, delay times can be set in Note, Triplet, or Dotted divisions; if you want to create a more deviously polyrhythmic stereo delay, you can also choose 16th divisions, then set each channel to clever intervals. Each line can then be swung forward or back in the same fashion as Live’s other delay effects if it isn’t sounding quite organic enough for you.

Input can be boosted – along with the dry signal for a dirtier, clipped vintage feel via the D button – while the feedback signal can be inverted via the Ø toggle for wild modulation artifacts which is worth experimenting with at shorter decay times. While unfortunately it only goes down to -40 db, the Input dial is great for insert automation, allowing for selective dub splashes that continue to decay without configuring a dedicated Return channel.

Pro tip: a cleaner Input “dub throw” can be arranged with Echo set all the way to wet on a secondary Audio Effect Rack Channel, with a new Utility placed before it; use the Utility’s Gain, which now goes down to -Inf, to throw signal to Echo’s delay line – you can even assign it to a Macro dial and constrain it as needed.

With intense feedback available up to 150% percent, you’ll want to exercise caution as extreme screeching tones can result – a welcome feature if that’s what you’re going for, but even then, you might be advised to place a Limiter device after the Echo to ensure speakers, headphones, and/or eardrums don’t get blown. That said, automating the feedback and experimenting with above 100% settings allows for precisely the kind of saturated bucket brigade decimation so popular amongst dub aficionados.

Along the right are some key behavior settings. First is the Reverb amount, which can be controlled by a mix amount and decay percentage and inserted before the delay, after the delay or strictly within the feedback loop via the dedicated drop-down menu. This deceptively powerful routing feature is worth experimenting with, as it can yield definitively different textural results.

The default Stereo mode can be toggled over to Ping Pong, or the mind-melting Mid/Side mode, which can really open up the mix in unique ways – particularly with exaggerated width as governed by the Stereo amount dial in the upper right; you can also minimize the Stereo value for fully mono output. Output level and Dry/Wet balance are supplied below.

The ratio of two delay lines is cleverly illustrated via Echo’s so-called Time Tunnel graphic, with higher feedback levels resulting in a more illuminated end of the tunnel, by virtue of repetitions increasing in volume later on. Each golden line represents a repetition, with the white dots illuminating a grid of 8th notes for reference.

Beneath the time tunnel is the filter section, which can be expanded by clicking the reveal triangle at bottom left. A pair of dedicated high and low-pass filters with significant resonance boost help carve the wet signal, removing muddy lows and mellowing harsher highs as needed.

The central Modulation tab allows access to the dedicated stereo Modulation LFO. Synchronizable with rates from 8 bars down to 64th notes or free running from 0.01 up to 40 Hertz, sine, triangle, ramp up, ramp down, square, and random shapes are provided to modulate Delay time and Filter cutoff with a variety of contours. Better yet, the phase of each stereo channel can be offset by the Phase control for expansive stereo activity.

The Delay time modulation can be multiplied by a factor of four, elevating Echo into the realm of vintage flanger and chorus effects, richly shimmering with the combination of intense feedback for a modern twist on classic modulation tones. A built-in Envelope Follower is cleverly included as well, which can be blended in with the LFO via the Mix percentage at bottom right; at a setting of 100%, modulation will be fully controlled by the Envelope Follower with no influence from the LFO whatsoever.

Much of the recognizable character of vintage tape delays come down to odd quirks in their machinery. In the virtual domain, these mechanistic inconsistencies need to be emulated and recalculated digitally – which is where Echo’s final Character tab comes in, delivering these idiosyncrasies with convincing aplomb.

First, a pair of dynamics features help control Echo’s deployment without the need for automation. A built-in Gate at the input stage with adjustable Threshold and Release ensures that only input signal surpassing a specified level triggers Echo’s delay lines, selectively dubbing out a signal without requiring automation.

Conversely, the Ducking circuit allows incoming input to reduce the feedback line’s signal when input signal exceeds the specified Threshold amount, with Release time smoothing the return to full feedback volume – particularly useful when you’re going for a textural sustained feedback tone without drowning out transients from the original input signal, essentially side-chaining the feedback line to its own input trigger.

The Repitch toggle, on by default, can disable the classic pitch adjustment of delay time when switched off, opting for a smoother fade that might be preferable for more clinical applications – though anyone aiming for more classic delay effects will probably prefer to leave it engaged.

There have been impressive digital innovations when it comes to dub-style delay plug-ins, and as an area of personal interest, I’ve tried a great many of them. Until now, it would be hard to identify one as a clear winner over the rest of the pack, as they all come with a range of  strengths and weaknesses.

With Echo, Live seems to have delivered a dominant dub delay that will certainly be a game-changer, at least for dedicated Live users. All shimmering sheen when it comes to modulation effects and gloriously saturated dub distortion at higher feedback amounts, it sounds fantastic in nearly any role.

Truly elevating Echo beyond the competition is a combination of unique features such as the brain-melting Mid/Side mode, highly useful dynamics controls, and built-in noise circuit. Housed in a brilliantly designed interface, it’s now the go-to delay effect in my browser. Outside of highly specialized esoteric applications, it’s hard to imagine another delay effect displacing it anytime soon.

Learn Ableton Live inside out with pro video tutorials in the Ask.Audio Academy: https://ask.audio/academy?nleloc=category/audio/application/ableton
Related 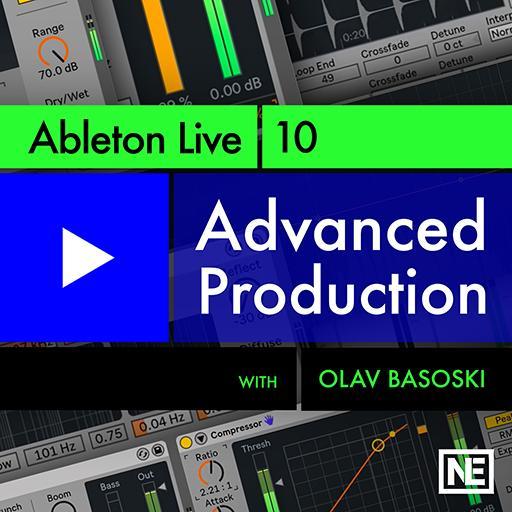