All Articles Ableton Live
Ableton Live: Grain Delay for Quick Sound Design
G.W. Childs IV on Sun, October 16th 3 comments
Language
Anyone interested in generating random beats or other elements in their music will have experimented with Ableton Live. They may not, however, have realized just how useful the Grain Delay is.

If I was able to modify the Ableton GUI even a little bit, I’d design a light to shine down like rays from heaven on a few of the different plug-ins that come with Ableton because they are pure game changers!

One of these would be the Grain Delay, which is possibly one of the most understated. Its plain packaging hides the fact that it is able to create some amazing textures and sounds from anything that you throw at it. In fact, I’ve used it to randomly generate sounds that have left people scratching their heads later in terms of how I actually did create them.

One technique that I love would be using the Grain Delay to randomize various drum hits in realtime, and record this process from within Ableton using the Resampling function, then edit the randomly generated sounds for a whole new set.

Let me show you what I mean:

I’m going to start off with a simple, self-made drum loop that I made in Ableton Live with a Drum Rack. Feel free to use my loop as an audio file, or try recreating it, if you like, with your own drums. 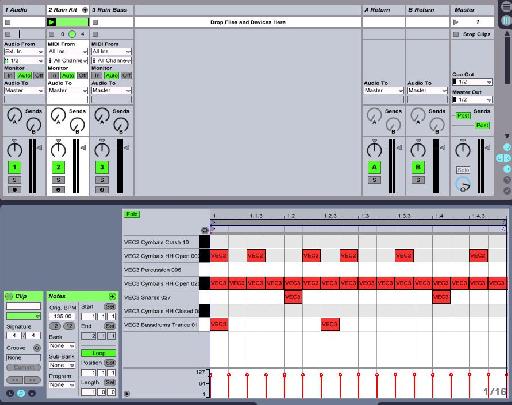 Don’t feel like you need to spend a lot of time on the beat, because we’re going to be tearing it up!

Alright, now we’ll drop a Grain delay onto our drum loop track. This is where the fun begins. The Grain Delay is basically a realtime tool kit for destruction.

In this exercise, we’re going to have the Dry/Wet knob all the way up. Normally, you wouldn’t do this, because when you run anything through a Delay in full wet mode, you get serious latency. However, we’re only recording what we’re doing, and farming the recording for sounds; we don’t need to be accurate!

Step 3 - Set up a Resample Track

Press Control-T to create an Audio track, and then from the Audio From drop-down menu, select Resampling. This routes all of Ableton’s audio back into this one track, so that you can record its main output in realtime. This will allow you to record your tweaks in Grain Delay in realtime, too. Note: Personally, I like to go at a low tempo so that I have a possibility of getting individual sounds processed with some space in between. This makes it easy for editing later! 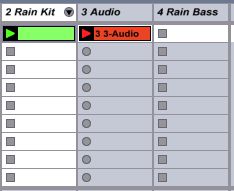 While recording, here are some navigational controls on the Grain Delay that really make this session almost like driving:

Keep in mind, there are no perfect settings on this. Just tweak and have fun!

Once you’re finished with your recording session, stop recording and copy your work into the Arrangement View. From here, it’s easy to either copy pieces of your recording to their own clips, drag segments into Impulse or Simpler 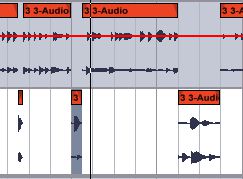 Here are two sounds I got for my new kit!

Take a closer look at Ableton Live with our full range of tutorial-videos here.