All Articles Ableton Live
New Mappable Buttons in Ableton Live 9
G.W. Childs IV on Wed, May 8th 0 comments
Language
Live 9 includes some helpful extra buttons around the main interface. In this article G. W. Childs IV outlines these new mappable buttons and how they can take your Live experience up a level.

Ableton Live has always had several buttons around the interface that have been handy, and useful. However, with Live 9... Well, there are a few more buttons that you really need easy access to. But, not all of these functions have keyboard shortcuts. And, this is per design as well. After all, there are always buttons that you want to either be able to map to a MIDI controller, or your QWERTY keyboard. It's all preference in the end.

The purpose of this article is to point out a few new buttons that are extremely useful, and to give you some ideas on how you could map them, so that you can really take your Ableton Live 9 experience to the next level! 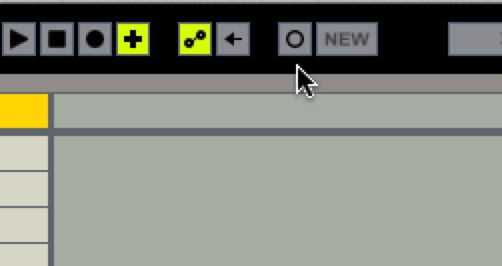 The Session Record Button opens a lot of doors, in my opinion. In prior versions of Ableton Live, there was never just one singular button that would trigger the recording of a clip, within the Session View. You would simply have to locate a clip, and press its individual record button to trigger the recording of a loop. This is all well and good. But, if you were planning on setting up your Clip Slot Record buttons to be mapped to a keyboard, or controller, you'd have to map several record slots... And, this take up a lot of keys, buttons and toggles that could be used for something else.

Thankfully, with the Session Record button, you can start recording in a clip slot at any point, with the press of one button. The only thing is, the record arm button has to be on.

Map the record arm buttons for each track that you plan on recording '˜on the fly' to individual buttons on your MIDI controller, or QWERTY keyboard. Then, map one button to the Session Record button.

And, if you map to the next button... It's even more powerful. 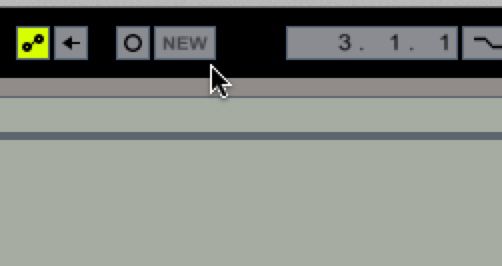 Another tricky procedure for triggering your recordings without the use of a mouse would be choosing which clip slot will be recorded to. This is easy if you have a Launchpad, or any of the other grid-based controllers. But, if you don't, it's easy to record over a slot, etc.

The new Prepare Scene for New Recording button makes finding a new slot a breeze. In fact, it makes Ableton do the work for you. Once you press the '˜New' button, shown above, Ableton moves focus to a new scene in your session, but keeps the clips that were currently playing, playing, so that you don't stop the music.

But, here's the really fun part. Once the new scene is selected, and as long as you have the track (or tracks) that you'd like to record armed. Well, just press the Session Record button, that we talked about in the previous section.

I would advise mapping the Prepare Scene for New Recording button to a button, or trigger that's extremely close to the Session Record button. But, the next trick is getting in to the habit of actually using the two buttons.

And, the best part about this whole procedure was, you made Ableton find the new slots for you. No clicking around with the mouse, or arrow buttons on your keyboard!