All Articles Ableton Live
Quick Tips to Fatten up a Kick in Ableton Live
G.W. Childs IV on Tue, November 15th 1 comments
Language
A thin, weak kick drum can single-handedly undermine the impact of a decent mix. GW Childs ditches his diet in a bid to fatten up his kick drum using Ableton's compressor and reverb plugins.

Kick drums are a sensitive, personal thing to any producer out there. How the kick sounds, and behaves within a track is almost more of a signature than any other instrument within an arrangement.

I’ve been perfecting my kick sound for years, like anyone else that’s produced dance tracks, remixes, etc. I have a particular sound that I like, and particular effects that I use to achieve that particular sound. Granted, I’ll change up my kick slightly for different types of songs. For example, if I’m going to for a trance/techno style track, I’ll go for a punchier, thick, but short kick. If I’m going to for a hip-hop, or slower style of track, I’ll go for a heavier, lower frequency, drawn out kick that will fill up more space for a sparse mix.

But, my kick will ultimately stem from my regular system that I’ve been using for a long time. It’s like a recipe, if you’ll indulge me.

In this tutorial, I’d like to show you one of my recipes for a techno/trance style kick drum.

I’m using the Microtonic from Sonic charge, as my actual kick drum. Modules like the Microtonic are great because you can actually synthesize your own kick drum to your exact specification. If you need to increase the decay of the kick, just up the decay. If you want a sharper envelope, adjust the rate of the envelope, and so on. The point is, you have sculpting options that you don’t regularly have if you’re using a drum sample. 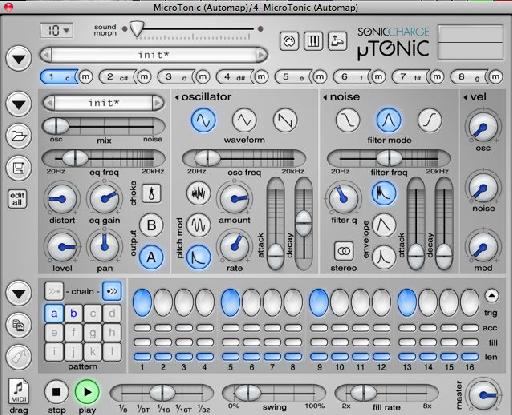 I’ve created a very punchy little kick drum for my song that is as simple as it is tight. Take a listen...

Next up, I like just a hair of reverb to give off the illusion that a very synthetic kick drum might have more natural origins. For this, I’ll employ the Reverb plug-in that comes with Ableton Live.

I’ll usually build from one of the Room presets that come prepared for you. The Small Room preset, in particular, is great because in lower mix levels, it only gives the slight impression of an ambient environment around my drum. It also gives a small bit of pillow, which I’m fond of.

Even though it’s already a really small reverb effect, I’ll still pull back the Mix to where it’s almost inaudible. Later, when I add more compression, this effect will be brought forward immensely.

I’ll also pull back on the decay. Seriously, I only want the hint of reverb, because it can totally wash out a very good kick if I let it.

You’ll see why in the next step too. In the meantime, listen to the kick with a hint of reverb...

Hear it? It’s almost barely there! But, wait... it will get better.

Step 3 - Get it Bigger with Compression

Now, I’ll add the compressor in to my effects chain. Because the reverb is going through the compressor, it will be compressed as well, doubling what was only a hint of pillow from before.

With the Ableton Compressor, I go with the Feedback Model, because it’s designed to emulate analog compressors, and I prefer that sound. There’s also just a hint of distorted crap in there, which sounds awesome to me.

For my actual Compression settings, I generally don’t go with the over compressed kicks that are so prominent in the dance genre. I like a little bigger, a little fuller. I stick with a standard 2:1 compression ratio. My threshold level sits slightly under the peak. 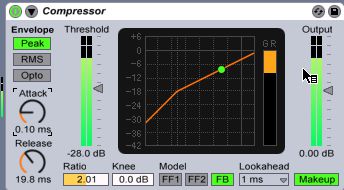 My attack is quick, on the kick, so I get a little extra snap on the beginning of the kick. And, my release is just enough (19.8 ms) where I have some extra release off of my Reverb... But not too much. It gives the impression of a driving kick drum, but fast enough to add a lot around it.

And there you have it, a nice, beefy kick that blends with any dance track you throw it in to! And, remember, this is just my preference, you may find a way to make a better kick for your style, perhaps adding EQ to taste. But, I hope this simple, but effective trick helps! 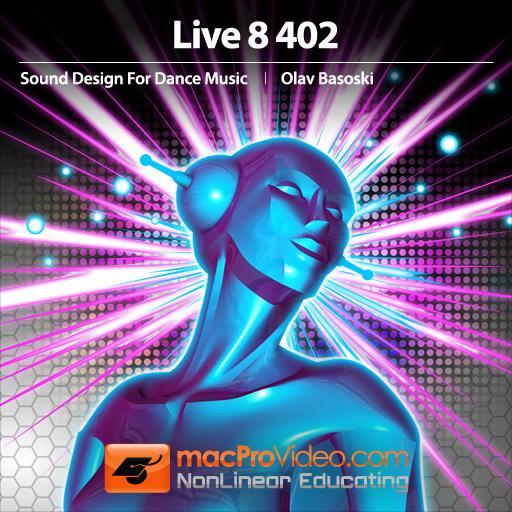 Dream It. Do It.
Do you want to learn Designing Sounds for Dance Music?
Yes, I want to learn!
No Thanks, I just want to read the article.
Feedback
How are we doing?
We'd love your thoughts, feedback and questions regarding our new site. All feedback is appreciated!
We do not respond to this form! If you need support, please visit our support page.
Thank you for your input!
Your message has been successfully sent
Course Advisor
Don't Know Where To Start?
Ask A Course Advisor