All Articles Review
Review: Isotonik Modular Series, Max for Live Plug-Ins
G.W. Childs IV on Sat, October 11th 0 comments
Language
If you're on the look out for new Max for Live plug-ins for enhanced effects and tools, then Isotonik's Modular series is something you should check out. G. W. Childs puts them to the test.

Isotonik have developed an extremely well-thought-out array of Max 4 Live plug-ins that appear to fill in what’s missing in Ableton for DJ tools, as well as a few tools that most electronic musicians will appreciate as well. This is especially true if you’re performing on stage, with controllers from companies like Novation, Livid and Akai.

Let me be clear that each plug-in does tend to be highly specific—things that DJs and/or musicians who like to have a lot of control over their Ableton sessions via hardware controller. For example: Looper is a plug-in that allows you to MIDI control loop position and length while you’re in the Arrange view. This allows DJs to loop sections of a DJ set laid out within the Arrangement view through the use of a MIDI controller. There are a lot of DJs (and musicians) that have been dying for a way to use this feature into a standard, linear, sequence of songs, or backing tracks. Now, we have it. 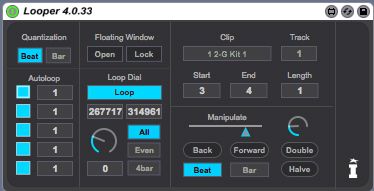 Another seriously handy plug-in within the Modular Series is Return. Oh, and you’re going to love this. Using Return, you can create dummy clips, or envelopes on an existing Instrument, or Audio track to modulate up to 8 parameters of a specific effects device on a Return track. And, let me tell you, this really does make those plain old return track reverbs, delays and more much more fun and exciting. Anyone want to stack a filter in there, too? Seriously, I had a wonderful couple of afternoons modulating a filter with reverb, and a phaser with those lovely Ableton Envelopes, and just adding hints of Send on multiple so that the modulations are like ghosts. Very nice.

Smart, is also a mind-numbing rack that allows you to redefine how a parameter is modulating from a linear signal path. The modulation redefinition is achieved through the use of 8 Smart Graphs which make up a bank. Smart currently sports 8 banks of 8 smart graphs. And, the craziest part is that all of these modulations route back to one ‘Smart Dial’. Basically, one turn of a Smart Dial can wreak some serious havoc. Throw a few of them into your set and well… you’ve got a nuclear meltdown.

I’d also like to make serious mention of Follow, which caught my initial attention in its ability to add a much more extensive set of Follow Actions than what Ableton presently provides. As I always rely on backing tracks in live performance, I was particularly pleased with this one as you’re given the ability to do cool stuff like specify a particular clip number to be played after clip stop. You can even have the ability to set a follow action in hours, minutes and seconds to an un-warped clip.

The Modular Series from Isotonik is a grab bag of extremely handy tricks that really will benefit anyone with a controller and some willingness to think outside of the box. And, if you’re a DJ… well, you just found not only a plethora of tools, but also some potentially career changing workflows. Isotonik does, after all, provide some extremely valuable tutorials, as well. And, when you factor in that the plug-ins are heavily demonstrated in many of the videos coming from Isotonik, you can really learn some extremely cutting-edge tricks and ideas for planning sets of all sorts. I know I’m subscribing! Oh, and that’s some good news, there, as well. I’ve only mentioned four of the plug-ins. Isotonik provides a smorgasbord of them that can all be purchased at an insane price, which they refer to as a subscription—$25. But, if there’s one effect from the group that you want, don’t worry, Isotonik sells them separately as well. It’s also important to note that there are many more Max devices that come within the Modular Series bundle. And these are constantly being updated… And, they do listen to a lot of user feedback! 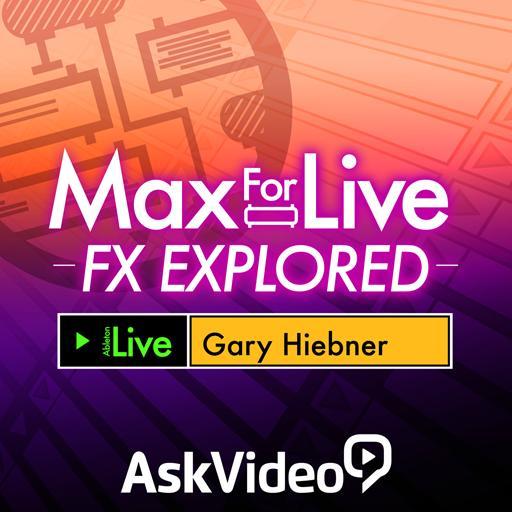