All Articles Ableton Live
The Difference Between Remixes, Mashups And Bootlegs
Hollin Jones on Mon, June 19th 0 comments
Knowing whether you're working on a straight-up remix, bootleg or mashup can mean the difference between getting paid or doing something really out there. Olav Basoski explains why.

Ableton Live is one of the most popular DAWs around when it comes to all kinds of music production, but especially remixing. In this short video from the full course Ableton Live FastTrack 302: The Art Of Remixing, producer Olav Basoski explains the different kinds of remixes that you might be approached to undertake, or choose to perform for yourself.

There are actually three main forms of remixes: straight-up remixes, bootlegs and mashups, and they all have different characteristics. Olav uses examples from his own experience of how each one works, from paid, official remixes for record labels through less-than-official bootlegs and finally mashups which can be the most fun of all. So check out this video to get the lowdown on what kind of remixing you might want to do, then watch the other videos in the course to find out how to make them in Ableton Live!

Sometimes, it can be hard to know where to begin when remixing. You’re sitting there in front of your DAW, wondering when (or if!) creativity will strike. Luckily, legendary music producer Olav Basoski is here to show how to get that remix done… fast!

After revealing the differences between remixes, bootlegs and mashups, and sharing some interesting historical facts, Olav dives deep into the fun part: creating an actual remix. Watch him, step by step, as he puts his own “Olav” signature sound on the track. Listen as he gives the track a stronger direction by creating a completely new beat from scratch, adding and modifying some elements from the original track. Olav continues the course by giving you essential arrangement and mixing advice that are guaranteed to add excitement, and help you build a DJ-friendly remix.

Having remixed for big names like James Brown, Rod Stewart and Moby, Olav is THE reference on the art of remixing. So join him in this FastTrack course, and get that remix pumping on the dance floor! 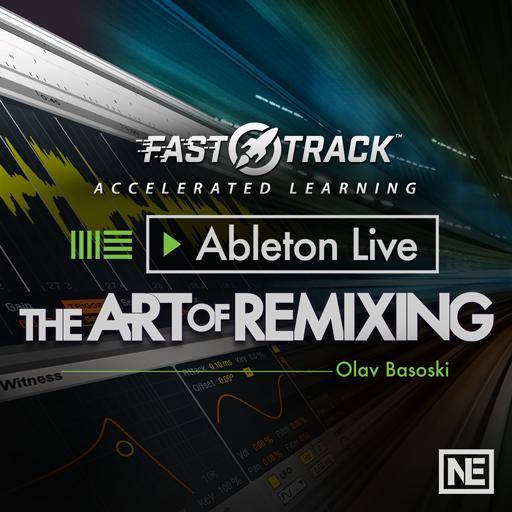 Dream It. Do It.
Do you want to learn The Art of Remixing?
Yes, I want to learn!
No Thanks, I just want to read the article.
Feedback
How are we doing?
We'd love your thoughts, feedback and questions regarding our new site. All feedback is appreciated!
We do not respond to this form! If you need support, please visit our support page.
Thank you for your input!
Your message has been successfully sent
Course Advisor
Don't Know Where To Start?
Ask A Course Advisor