All Articles Audio Hardware
Using ROLI Blocks With Ableton Live
Matt Vanacoro on Sat, July 22nd 0 comments
Thanks to the new Dashboard app, it's now easier than ever to connect your ROLI Blocks to Ableton Live or indeed any other DAW. Matt Vanacoro shows you how it's done.

Blocks by Roll are quickly finding their way into the hands of music makers everywhere. What started out as an offshoot from their work on the Seaboard turned into a full-fledged music production studio that can be held in the palm of your hand. When Blocks first debuted, they were fairly ‘locked down’ into working with only the Roli ‘Noise’ iOS app. This all changed with the debut of BLOCKS Dashboard. The newly released beta app allows you to configure your Roli Blocks much like you can a Seaboard through the original Dashboard software. With the power of Blocks and Dashboard, you can use your Blocks with just about any desktop app you can think of for any purpose you like! Here’s a quick glance at how to get it going! 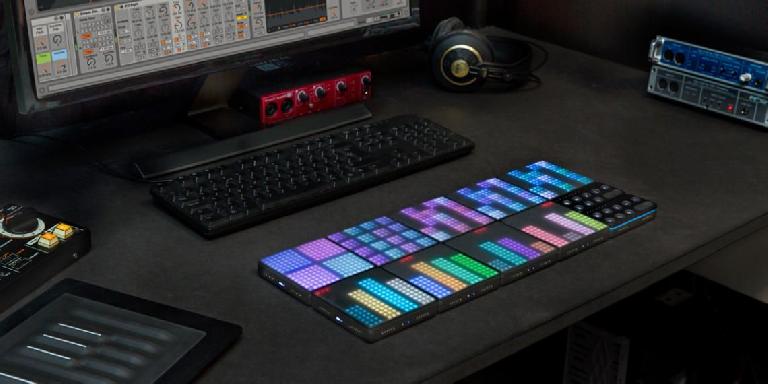 First, you’ll want to get your Blocks paired up with your computer. You can connect to your Mac with a USB cable, or wirelessly via Bluetooth. If you wind up choosing Bluetooth, you’ll have to open up the Audio Midi Setup app in your Applications/Utilities folder and pair up. (We’ve got a great article on how to do just that here: https://ask.audio/articles/using-bluetooth-midi-on-ios-and-os-x_)

Personally, I tend to hook up with a USB cable for longer sessions on the desktop, I find it a bit more reliable. Once you’re connected, turn on your Blocks. 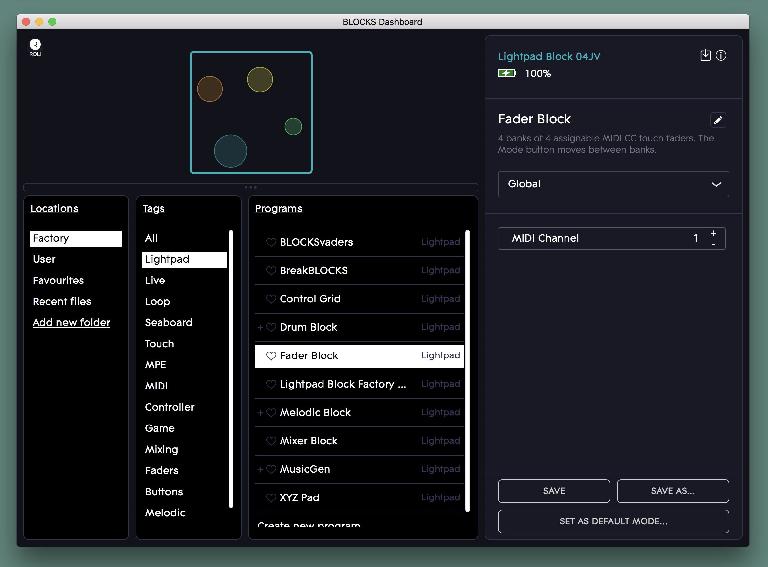 You’ll want to download and install the Blocks Dashboard beta app. You can get it here. Once you start it up with a Block or two connected, it should automatically detect your hardware and you’re good to go! The various ‘presets’ are tagged and you can browse by application type (whether you want the block to send MIDI CC, notes, or simply behave like a factory block). You can even load up a few games to play right on the surface of your Lightpad block (thanks, Roli!).

In this test case, I’ve set up my blocks as a simple grid of 4x4 buttons and I’d like to pair them up to launch some clips in Ableton Live. With any DAW, you’re likely going to want to first enable your Block as a MIDI device, and Live is no different. In the preferences menu, set the Block as an ‘active’ MIDI device. After you tap a few times on the block, you should see some activity in the upper right corner of the MIDI monitor. Once you know you’ve got MIDI incoming, it’s time to map it!

You can click the MIDI map button in the upper right corner of the Live window, or use the shortcut of Command-M. This will make Ableton Live enter ‘MIDI Map Mode’. The screen controls will turn blue. Click on a clip slot, then tap the virtual button on your Block that you’d like to have launch that clip. Repeat this for all the buttons you wish to map to your block, then simply exit MIDI Map mode.

That’s it! It’s just that simple. Now whenever you press a button on your block, the corresponding clip will launch in Live! You can even utilize a second Lightpad block for more clip launchers, or utilize a bank of faders to control volume. That’s the beauty of Blocks, you can pretty much make them do whatever you want!