When the Path Text plugin was first introduced for After Effects 3.1 in 1997, it was a miracle of sophisticated text animation. You could draw any kind of shape and easily animate text along the path with just a couple of keyframes. However, it's now the New Millennium, and with the introduction of the powerful new text engine in After Effects, the poor old Path Text plugin has become obsolete (although it's still in the Effects menu for old projects that may need it).

In this article, let's explore the basics of animating text on a path with After Effects' current text tools.

Begin by creating a new composition of whatever size and length you like, then grabbing the Horizontal Type Tool (Command-T) and clicking and typing in your empty comp to create a new text layer. I'm going to be using our abbreviated macProVideo logo as my source.

Next, with the Text layer selected, draw a path with one of the masking tools in the layer. I'm going to be animating my text along a circular path, so I'm going to use the Ellipse Tool (Q) to draw a circular mask. To do that, hold down Shift (to constrain the ellipse to a circle) and Option (to draw the circle from its center out, rather than from its edge), and drag in the Text layer to create the circle. 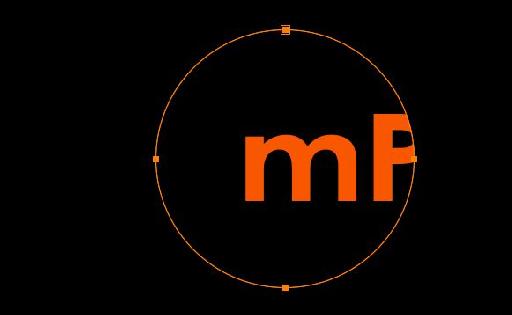 Because this is a closed path, it masks the text layer itself, which we don't want; we only want to follow the mask's shape. So, roll down the twirly arrow for the Text layer, then roll down the Masks arrow, then the arrow for Mask 1, and change the Mode pop-up menu from Add to None.

If you drew an open path with the Pen tool, you won't need to do this; it's only necessary for closed paths.

Step 3 - Apply the Text to the Path

Next, roll up the twirly for Masks, then roll down the one for Text, followed by the twirly for Path Options. Click the Path pop-up menu and choose the mask you just drew (probably called Mask 1) as the Path. When you do, you'll see some additional options appear under Path Options.

You'll see your text automatically conform to your path in the Comp window. 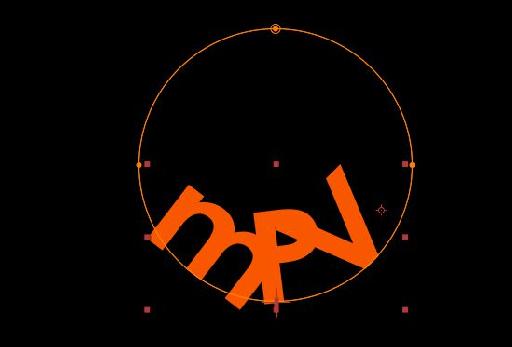 That's pretty cool, but not what I want. For my animation, I'd like the text to rotate around the outer edge of the circle, not the inside, to have a more open spacing, and to start on the left side of the circle and rotate around to the right while spreading out slightly as it moves. We can fix all that with the Path Options.

So, set Reverse Path to On, which will move the text to the outside of the circle. Then set Force Alignment to On, which will distribute the characters equally along the path. Next, adjust the First Margin and Last Margin values so the text is correctly positioned towards the left side of the circle and the characters are more closely spaced together. Here are my settings for my particular text:

Here's what it looks like in the comp. This will be our starting position. 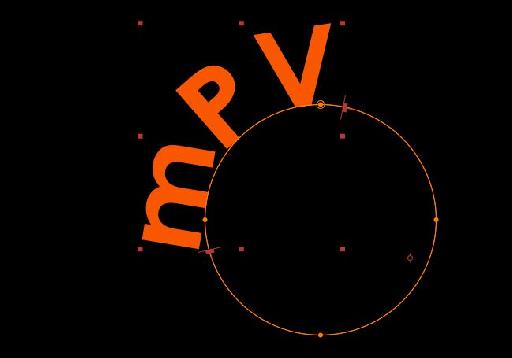 Step 5 - Animate the Text Along the Path

And those are the basics of creating text-on-a-path in After Effects. As always, I encourage you to experiment with what you've learned here, and above all, have fun!