All Articles After Effects
Create A Lunar Landscape in After Effects CS5.5
Toby Pitman on Fri, March 9th 0 comments
Language
Space. The final frontier? Maybe. In this After Effects step-by-step, there's no need for 'giant leaps' as Toby Pitman (moon) walks you through how to create a realistic lunar landscape.

In this article I’ll show you how to create a cool lunar landscape using FreeForm that comes bundled with After Effects CS5. 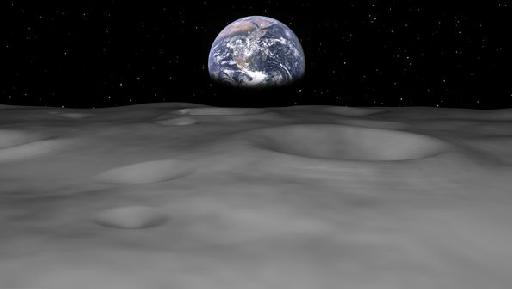 FreeForm from Mettle allows you to distort or ‘warp’ a Solid or Composition in 3D space with a mesh. The mesh can be distorted by using the points of a grid or by applying a displacement map. Here’s how you do it. 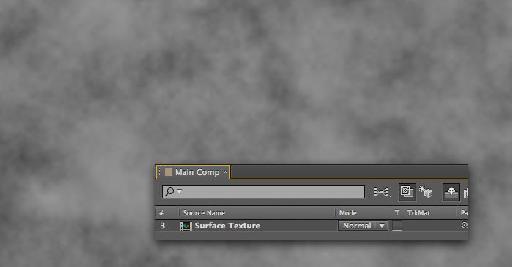 I’ll create two solids, both 50% grey. On the top solid I’ll apply a Fractal Noise plugin. After that I’ll blur it slightly using a Fast Blur. Here are my settings: 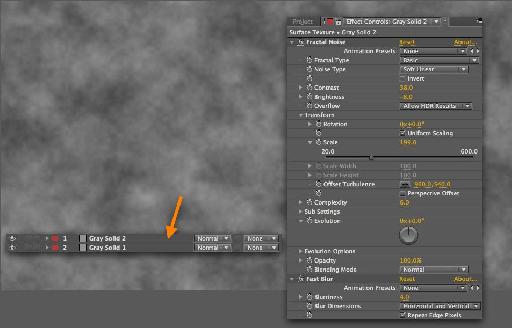 I’ll then create another grey solid and apply another Fractal Noise with a higher contrast setting: 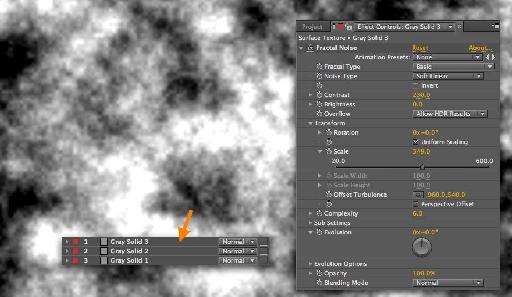 I’ll then use this as a Luma Matte for Gray Solid 2 to thin out the noise. Done! 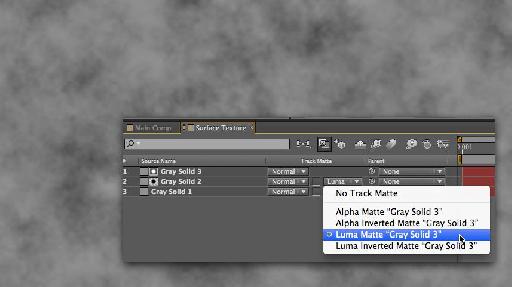 This is the image we’re going to use to distort our mesh. 50% grey has no effect on the mesh. White pixels move the mesh in a positive direction and black pixels in a negative direction.

For this I’ll make a new Composition called Displacement Map and make it 1920 x 1080px. On a new 50% gray Solid I’ll add a Fractal Noise and Fast Blur it quite a bit. This will create the terrain. 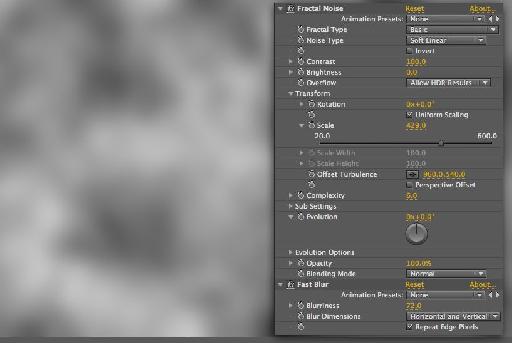 My next layer is a PNG I made in Photoshop. This will make the large craters. It’s just some stroked black circles that are blurred. You could do this in After Effects if you like using Shape Layers and a Fast Blur. 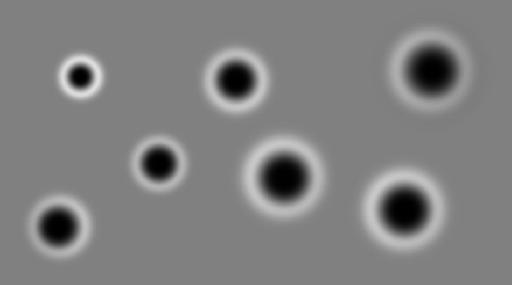 Finally on my top layer are some smaller craters made with CC Particle World. These are just sphere particles. As these move over time you’ll want to pick a frame you like. 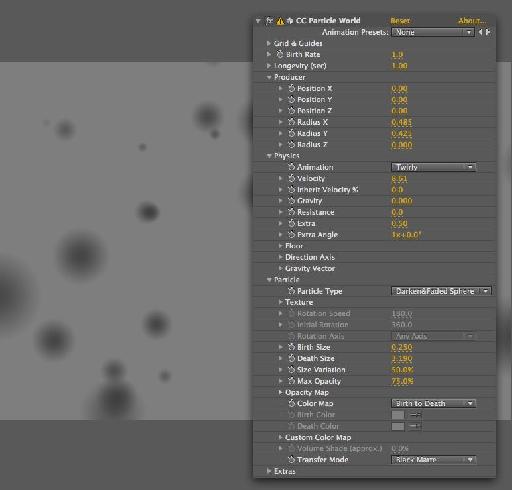 I’ll now mix all these together. My large craters are set to Overlay. 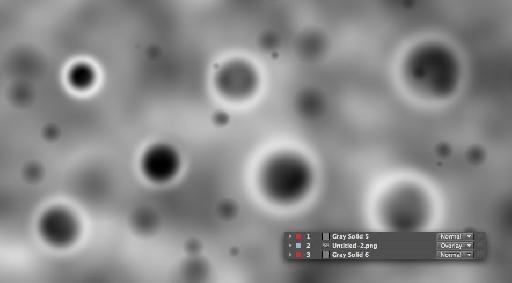 Step 4 - Save the Displacement Map

To get around the fact that the particles from CC Particle World will move, I’m going to save this frame out as a PNG. Go to Composition > Save Frame As > File... 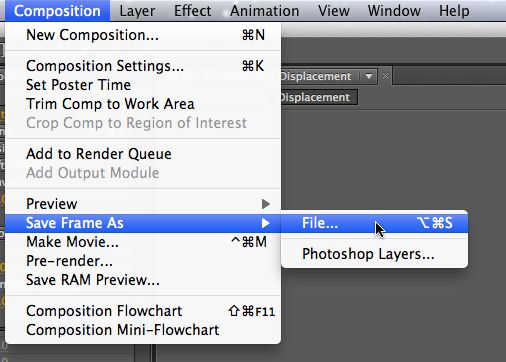 Name it and choose a location. 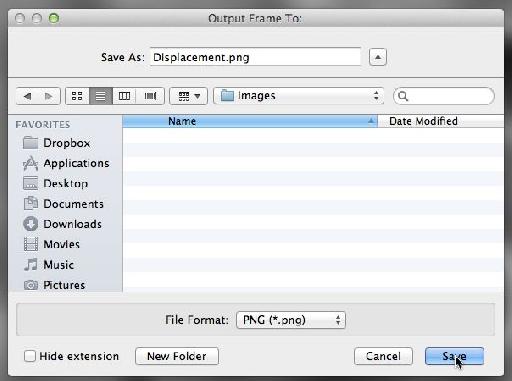 This will appear in the Render Queue. Hit Render.

Now Import this file back into your project. 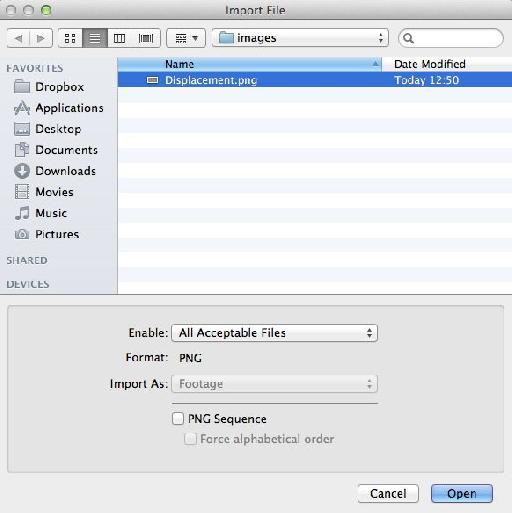 Drag it into the Main Comp and hide the layer.

Inside ‘Main Comp’ create a Camera and a Point Light. You’ll need the light to see the effects of FreeForm. Find FreeForm in your effects list and drag it onto your surface texture. I’ve rotated it 80 degrees (so it becomes more of a floor) and moved it closer to the Camera. Now you can see the effects of FreeForm: The Mesh Subdivision is set low (about 30) and it looks a bit jagged. 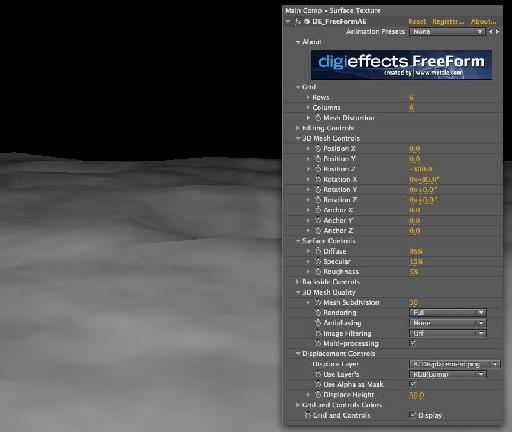 If you choose Wireframe under Rendering (3D Mesh Quality) you can see what’s happening: Increasing Mesh Subdivision to a much higher level will give you a much better result. Antialiasing is also set to ‘High’. The only drawback is the render times increase sharply so while you're working use a lower setting. 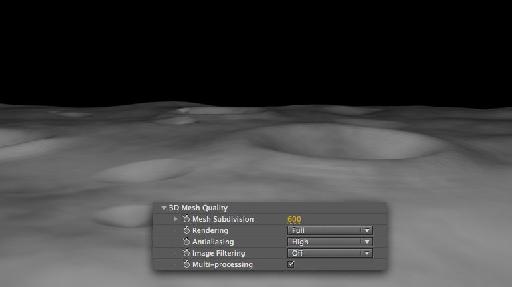 I’ve created a quick space background again using CC Particle World for the stars and a picture of the Earth. Here are the settings for the stars. 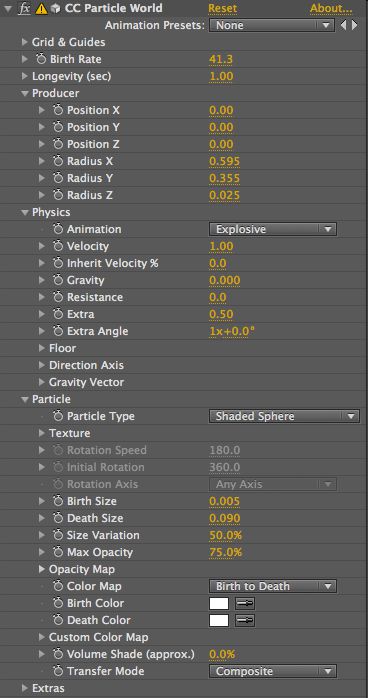 Step 7 - Put It All Together

With some color correction and effects you can get some quite nice results! 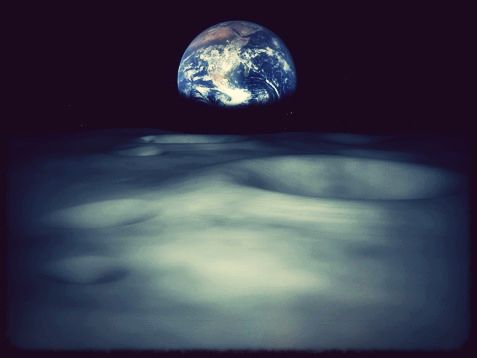 You could also animate your camera across the surface, if you like!