All Articles After Effects
Create Underwater Light Rays in After Effects
Richard Lainhart on Wed, July 13th 0 comments
Language
Have you ever been underwater (the sea or even in the bath) looking up as light rays illuminate the water? If, so you know how magical it can feel. Learn how to recreate this scene in After Effects.

In this Quick Tutorial, we'll be using Adobe After Effects (without third-party plugins) to create a lighting effect you've seen many times - the camera is underwater, looking up at the surface of the water from below, and a strong light source (the moon, a searchlight) is casting light rays into the water below. We're going to create the water surface as well as the light rays, all in After Effects, so let's get started.

Add a new Solid to it, of any color, at the full comp size and length, and call it "Noise Waves". 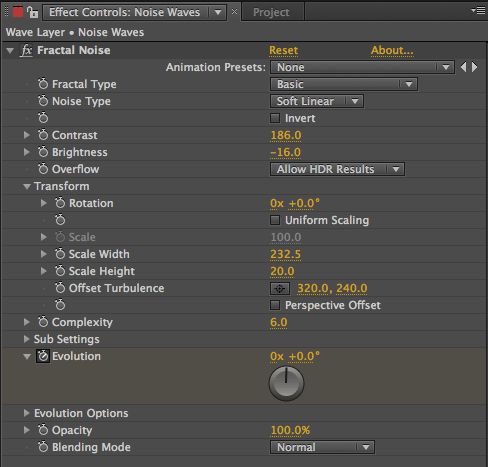 Note that we've turned the Contrast up and the Brightness down. Also note that under Transform, Uniform Scaling is unchecked, which allows the Noise scaling to be set independently for each dimension. From there, observe that Scale Width is 232 and Scale Height 20, which stretches out the noise so it's more wave-like.

Next, in the Effect Controls window, click the stopwatch for the Fractal Noise Evolution property to enable keyframing at the first frame, then drag your CTI to the end of the Timeline, and set Evolution to 2X - that is, two full rotations. Preview that, and you should see some wave-like motion - this will be our water surface:

Step 3 - Mask and Position the Noise

Next, add an oval mask to the Noise layer by selecting the layer and double-clicking the Oval mask tool in the Tool bar. Roll down the mask's properties in the Timeline, and set the mask's Feather to a high value like 150, and the Expansion to -35 or so, to pull the mask into the layer. The feathered edge will help this Noise layer blend into the scene more smoothly: 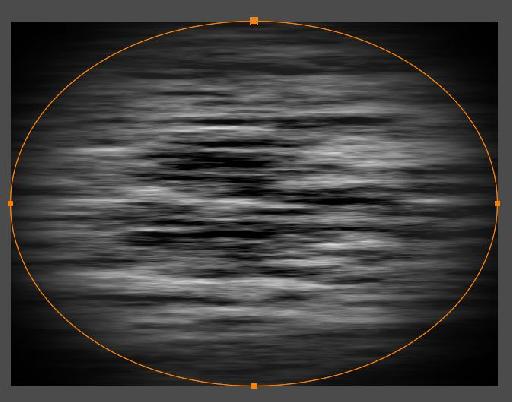 Finally, check the 3D Layer box for the Noise layer to make it 3D, and expose its Transform properties in the Timeline. Set its X Rotation to +90 degrees, and its Y Position (the middle of the three Position values) to 11 or so, to move it to the top of the composition. Our "wave ceiling" should look like this:

You may also want to scale this layer a bit once you're repositioned it, so the edges of the layer aren't visible in the frame, but that's a matter of taste.

Next, make a new Comp the same size and length, and call it Underwater Scene. Add a new solid to it, any color, the full size of the comp, and call it Background Ramp.

Apply the Ramp effect to this layer (Effect > Generate > Ramp) and set it as shown:

Next, drag the Wave Layer comp into the Underwater Scene comp above the Background Ramp layer. Click the Toggle Switches/Modes button at the bottom of the TImeline to show the Mode column, and set Wave Layer's transfer mode to Hard Light. Your  comp should look like this: 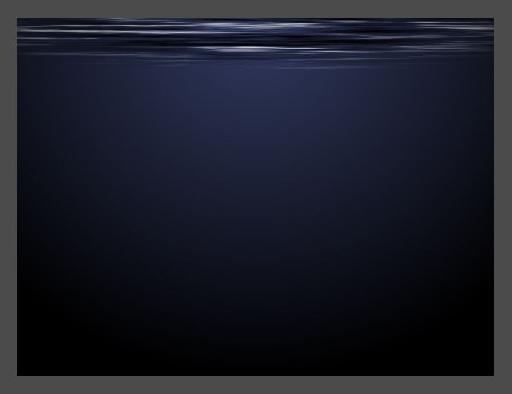 (Experiment with some of the other transfer modes like Soft Light, Add, and the others - you might like one of them more than Hard Light.) In this case, Hard Light transfers color from the background layer into the Noise layer, while emphasizing bright peaks in the foreground, which will give us nice highlights in our "water". Preview this, and you should see something like this:

Make a new composition, the same format as the previous ones, and call it Light Ray Scene. Drag two copies of the Underwater Scene comp into the Light Ray Scene, one on top of the other. Select the top layer and apply CC Light Rays (Effect > Generate > CC Light Rays) to it. Set it as shown (although I encourage you to experiment with all these settings): 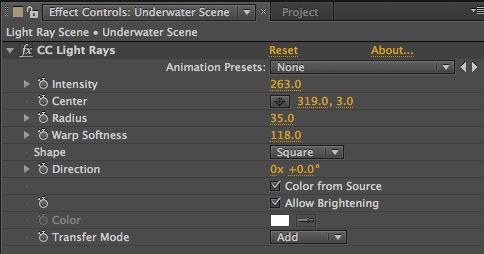 Note in particular that the Center of the light source is right at the top edge of the layer, so the light rays it generates will be cast downwards into the scene.

Next, set the top layer's transfer mode to Add (for brighter rays) or Lighten (more subdued rays). And, of course, try the other modes as well to see how they look.

The light rays automatically change in intensity as the brightness of the wave layer changes, giving us a fairly realistic underwater light effect. Our light source here looks rather like a spotlight, but you can tweak these settings to give you moonlight or sunlight, if you like, or other types of light sources - changes to the Light Ray color, position, Radius, and other factors will all change the effect in interesting ways.

And that's it - as always, I encourage you to experiment and have fun. See you next time.

Click on the "After Effects category" in the "Category" column on the right-hand side to see all the After Effects articles currently on The MPV Hub. You may also like to check out Richard Lainhart's After Effects Tutorial-Videos here.