All Articles iPad
10 Things You Might Not Know About iOS7
Hollin Jones on Wed, September 18th 1 comments
Language
It's here! The much vaunted overhaul of Apple's OS for its mobile devices, iOS7, has landed. Aside from the new flat design and other talked about features, here's 10 things you might not have known.

iOS7 marks the biggest departure in the look and feel of iOS since its introduction in 2007, when few people now remember it was called iPhone OS. Back then, the interface was revolutionary and remained pretty cutting edge for quite a while, but it had recently started to look a little stale in the face of ever-improving competition. Apple didn't help itself by shoehorning in endless skeuomorphism either, with garish false stitched leather adorning some of its iOS apps. As a reaction to all this, Apple has completely revamped the old iOS and given it a totally new look. And while you're no doubt downloading iOS7 as I am typing this, I thought I could save you some time by revealing a few tasty morsels you might not have known.

1. Your older hardware will be fine, mostly.

iOS7 runs happily on devices as far back as the iPad 2, iPhone 4 and iPod Touch 5th generation. People moaning about the 3GS no longer being supported need to ditch their steam-driven devices and get with the times. Not every feature is supported on every device because of hardware requirements, but the core of stuff is there on any of these models. I've been runing the final release version on an iPhone 4S and somewhat to my surprise, it runs very well indeed.

Some things you use a lot have now moved and it's not always immediately clear where to. So here are some pointers. Double-clicking the Home button now invokes a much better app switcher with a 'Cards' interface. To force quit an app, you now tap on its screen area in this view and drag it upwards until it disappears. 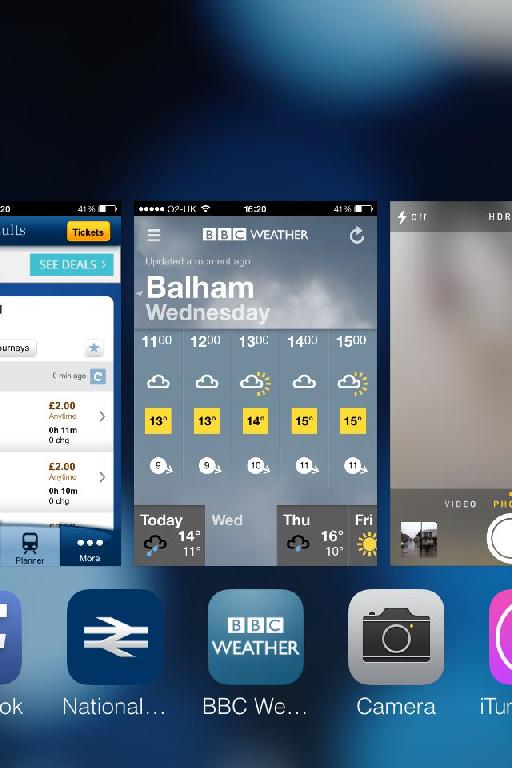 App switching now works differently, but it's much smoother.

3. No really,  stuff has moved

I actually used to find it really annoying that swiping left would take me to Spotlight, because I continually did it by accident when swiping between screens. Spotlight is now accessed by swiping down from the upper half of the screen. This takes a little getting used to, but personally I find it far easier and more intuitive to work with. 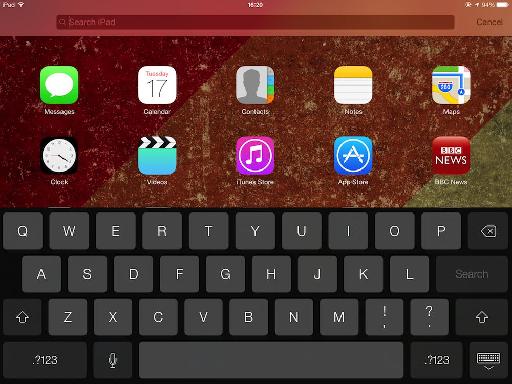 You can now access Spotlight from any page of apps, so no more zipping back past the home page first.

4. You get more control over apps

You can now control which apps do stuff in the background, which is pretty handy. In Settings > General you can allow specific apps to continue doing things like reporting your location even when they are in the background. In some cases '" for Find My Friends for example '" this is great because it allows people to find you, if you have granted them permission. But for other apps you can turn it off, saving battery. In iOS 6 you had no global control over this, which could have adversely affected battery life. Here you can control it on a per-app basis. Hooray. 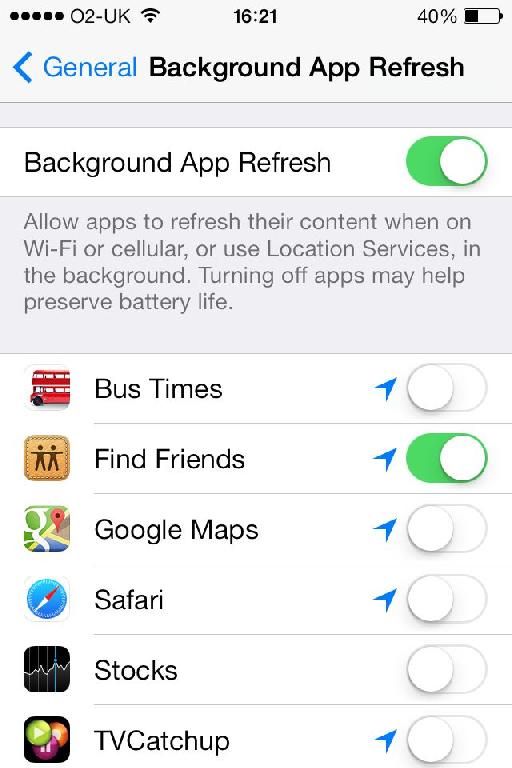 Choose which apps can continue doing things in the background, and potentially save on battery.

5. Putting Jony Ive in charge was a good idea, all things considered. o

There's no doubting Ive's industrial design prowess, but as far as anyone knew he wasn't explicity a software designer. So when he was put in charge of the look of iOS7, we wondered what he'd come up with. The new look is very stripped down to the point of extreme minimalism, but it works. People will moan about it and yes, some of the icons are a little odd, but it makes your device feel new: not just because it's pretty zippy, but because it's a whole new look. Some people will always hate change, but personally I don't find iOS7 toylike or oversimplified when I use it every day.

Yeah I know, but you get used to it quickly.

One of Apple's rare missteps, and quite a big one as part of  iOS6, Maps is improving quickly. In iOS7, it feels more detailed, things are clearer and better thought-out. It looks, in short, more like Google Maps. And that's a good thing. Pretty soon I might even be able to use it without feeling the need to double check Google Maps anyway in case I accidentally end up driving into a canal. 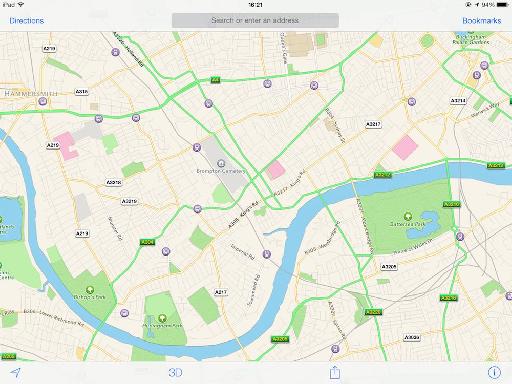 It's really much nicer in iOS7. Honest.

7. The upgrade process is pretty painless

Always, always create an iCloud and a local backup of any device before upgrading. And physically copy off any data you really can't afford to lose like photos, contacts or documents and make a separate backup of those too. Major iOS upgrades have always been something of a dark art but here's what happened with me. My iPad 4 upgraded just fine and all my settings were intact afterwards. My iPhone 4S seemed to restore as a blank phone, then required all the settings re-syncing from iCloud, which was ultimately fine. For some reason, it re-downloaded all my third party apps from the App Store. Disclaimer: your experience may vary from that shown here.

Although iOS7 looks completely different to iOS6,  I have a suspicion that much of the underlying technology remains largely intact. I say this because I have yet to come across an app that doesn't work on iOS7: everything I use daily seems to work as normal. Of course with so many apps out there, this won't be the case for everyone, but the portents are fairly good. Expect to see a slew of app updates fixing quirks for iOS7 in the coming weeks.

9. No more update notifications if you don't want them

In the Settings, you can tell your device to automatically update any apps that have updates available. This means no more pesky notifications and also ensures you're permanently up to date. Especially good for non-techy types who never update anything then wonder why an app crashes. 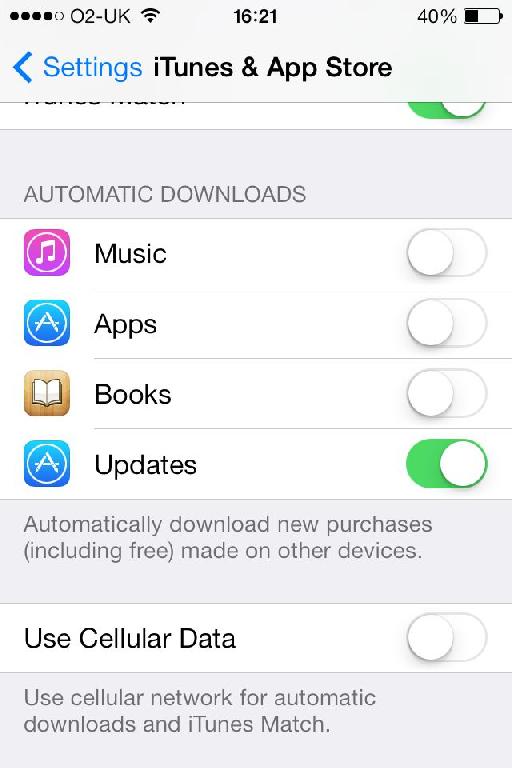 No more app update notifications if you don't want them!

10. The Music app no longer looks awful on the iPad

Remember how bad it looked? Scrub it from your mind and embrace something that's so anti-skeuomorphic it's almost not there at all. It's also much snappier. Wahey. 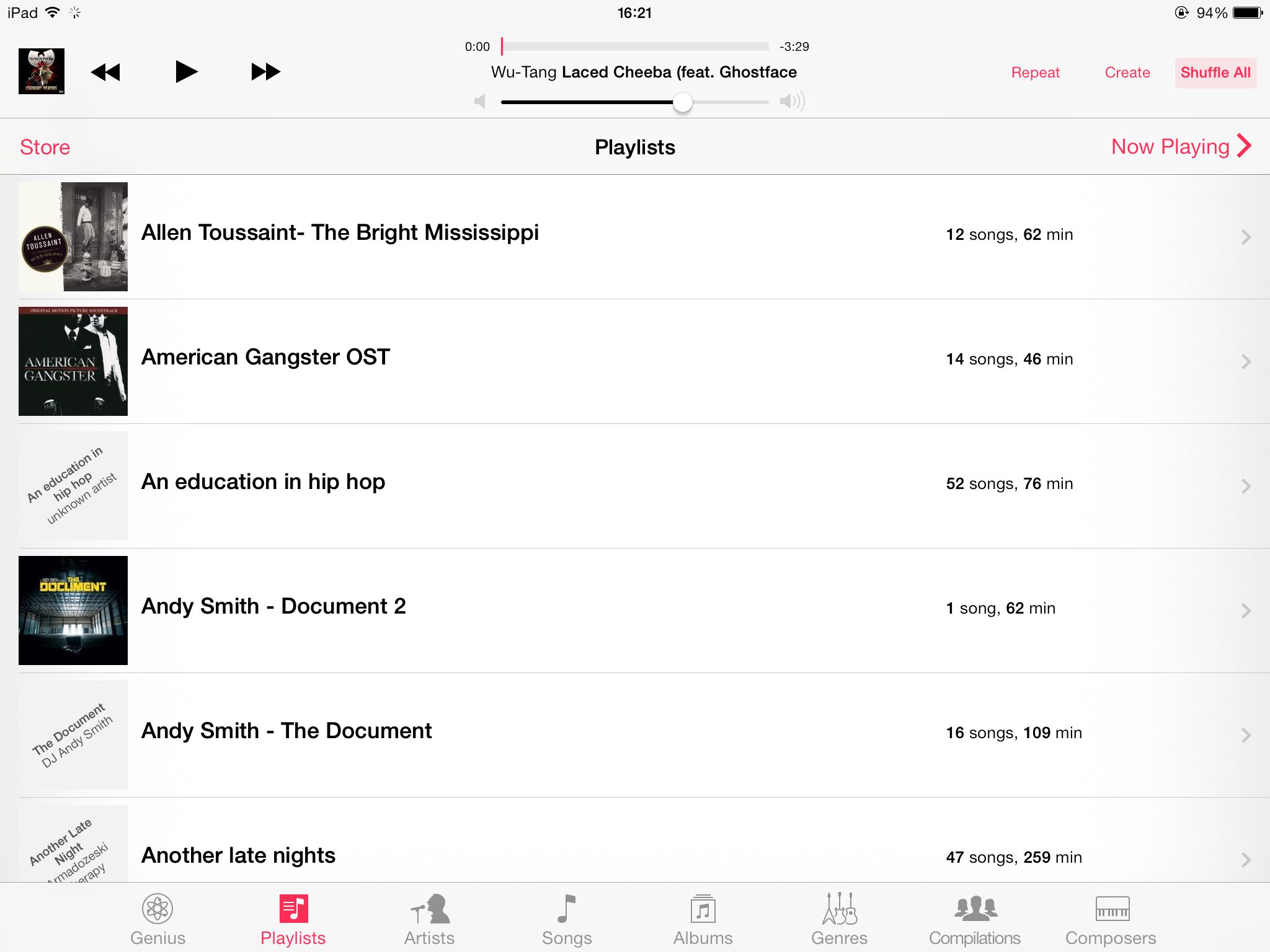 Goodbye wood and leather, hello'¦ not much.

So I'm sure you will have a play with iOS7 on your own devices. For the first hour or so, it seems really weird and you wonder how Apple could possibly have done this to you. Then, fairly quickly, you start to quite like it. Well, you might not, but you'd be wrong not to give it a try.

Dream It. Do It.
Do you want to learn iPad For Dummies?
Yes, I want to learn!
No Thanks, I just want to read the article.
Feedback
How are we doing?
We'd love your thoughts, feedback and questions regarding our new site. All feedback is appreciated!
We do not respond to this form! If you need support, please visit our support page.
Thank you for your input!
Your message has been successfully sent
Course Advisor
Don't Know Where To Start?
Ask A Course Advisor