All Articles Apple
Apple MacBook Pro Touch Bar: The Present And The Future
Iain Anderson on Sat, September 9th 8 comments
The Touch Bar in the MacBook Pro has the potential to do great things, but is it being used by enough developers? Here's the state of play, and what could be done in future.

The Touch Bar on the current MacBook Pro is terrific, but it’s not being used to anywhere near its potential. As you might expect, Apple’s own apps do a pretty good job of supporting it, but after nine months I’d have expected third parties to have stepped it up a bit more. In this article, I’ll show you what’s being done by Apple, by third-parties, and what should be done.

What’s Being Done: Apple’s Own Apps

Apple’s own tech is often best shown off by Apple themselves, and the Touch Bar is no exception. Final Cut Pro X is a Touch Bar poster child and has some great tricks, including showing a navigable mini-timeline. It also lets you adjust audio keyframes in a way that’s impossible without the Touch Bar. (See my training course here.)

Keynote lets you see (and swipe through) upcoming slides and displays a clock/timer - really useful, especially while presenting. Safari shows mini versions of open tabs, which are again swipeable.

A great way to schedule an appointment

Calendar lets you swipe through dates and change calendars very easily, but it’s the draggable time ranges for appointments that prove really useful. Reminders offers a similar time-based slider, and it’s great. iBooks lets you see where you are in a book and swipe to navigate; both are welcome.

Garageband and Logic Pro go crazy, letting you switch between a playable, swipeable keyboard, a swipeable transform pad for your synth, a mini timeline, or a collection of useful buttons. It’s a fantastic collection of useful tools, but perhaps overwhelming for the novice. One minor (and unavoidable) issue is that because there are so many options available on the instruments, sliding your finger on a button will scroll the list sideways instead of activating the slider directly. Instead, you have to take the slow route: tap, then slide to change an individual control. With all those options, that’s a compromise worth making.

Probably the best example of all is in Photos. You can swipe through your photo collection far more quickly and easily than with standard controls, and while you adjust settings on a single image, you can see the actual image in the Touch Bar’s version of the Light or Color slider.

Even better, these sliders don’t take over the entire Touch Bar while in use. While you can still only use one slider at a time, you can press the nearby “before/after” button while you drag a slider, to easily discover how effective your changes are.

Too many apps include no support at all — you just see the Control Strip, or nothing

What’s Being Done: Everyone Else

While Apple’s own apps do a pretty good job, most other developers seem to have missed the point. Microsoft have enabled their Office apps, and done a decent job. Both Word and iA Writer give control over styles that are especially welcome in fullscreen mode. Google Chrome offers only a limited set of fixed buttons (no Safari-style tab thumbnails) but at least they’ve done something. Most developers haven’t bothered, and an option to show the full control strip or F-keys in apps with no support would be welcome.

The Touch Bar’s most obvious (but weakest) use is to display switchable sets of custom buttons — and that’s what many developers have implemented. While the Touch Bar supports multi-touch, buttons make use of just a single touch, and that’s wasted potential. And while the buttons can display a custom label or icon, that’s somewhat offset by the need to look at the buttons, because they’re not tactile.

While adjusting a slider in Photoshop, this is all you see

Some apps, like Photoshop, do allow you to use sliders, but they’re almost universally modal: you see just one slider at a time, while everything else disappears. On the upside, you can immediately drag on a slider’s icon to activate it — you don’t need to tap and wait before sliding. But when you do adjust a slider, everything else disappears to show the slider on its own. When you finish sliding, you then have to wait a couple of seconds (or press a close button) to return to the previous set of options. It’s modal, and it feels slow every time.

Worse, it’s actually slower than the current method of resizing brushes. Why use a Touch Bar slider to adjust brush size or hardness (only one at a time?) when I can hold Control and Option and drag with the mouse to change both at once? This usage of the Touch Bar may be more obvious to the user, but it doesn’t bring anything new. It’s slow, and I have to take my eyes off the screen. For advanced users it’s a big step back.

It’s only a thin strip of the image, but it’s not bad

It’s not all bad, though. The History button shows a series of swipeable document states, and sliding on the Touch Bar is a really nice way to flick between your last few operations. It’s just a shame the same strategy isn’t used to show brush presets, to control sliders or Preview in filters, to flick between view modes in the Select and Mask workspace, or anything else.

These controls from the current iMovie would be right at home in the Touch Bar, for iMovie or FCP X

What Should Be Done: Multiple Sliders At Once

Photos demonstrates a good start, but what’s really needed is the ability to use multiple sliders at once, and with a seamless, minimally modal interface. Instead of tapping on a single slider and seeing everything else disappear, why can’t we use two or more sliders at once? This would be a something truly novel, and we’ve got enough fingers.

It’s entirely possible to do this on an iPad, and colorists use color surfaces (such as the Tangent Ripple) to do it all the time. Some specific examples of what the Touch Bar could do:

What Should Be Done: Swipeable Collections

This is already present in Photos — the ability to quickly move through your entire photo collection by swiping on thumbnails, or to swipe through several filters on a single image. Photoshop’s History mode has the right idea too, but let’s go further to imagine swipeable lists of:

What Should Be Done: Other Controls

We don’t need the brushed metal, but touchable versions of these would be welcome

Some additional Apple-provided control types would help a lot of developers to push ideas further. Buttons and sliders are great, but how about:

What You Can Do Today

Better Touch Tool lets you do all kinds of sneaky things

If you don’t want to wait for Apple to implement new Touch Bar features, you can download Better Touch Tool and add your own Touch Bar widgets or buttons. It gets complicated, but you can:

At least we have this very nice color picker

The Touch Bar can be great, but as it’s always going to remain a Mac-only optional extra, it’s got to provide something pretty compelling for developers to pay attention. So far, outside Apple, there’s not a whole lot going on, and augmenting shortcut keys with buttons isn’t enough. If Apple can show developers just how far the Touch Bar can be pushed — and make it easier to do the same things — then we could see whole new classes of interactions. We’ve been adjusting one slider at a time for way too long, and as a Mac fan, I don’t want to see the iPad have all the multi-touch fun. Take a deeper look, then send in those feature requests to Apple, and all your other favorite developers.

Learn more about your Mac, OS and creative software at macProVideo: https://www.macprovideo.com/tutorials/
Related

Iain Anderson
Iain Anderson is an editor, animator, designer, developer and Apple Certified Trainer based in Brisbane, Australia. He has taught privately and in tertiary institutions, and has freelanced for Microsoft and the Queensland Government. Comfortable with anything from Quartz Composer to Second Life and Final Cut Pro to Adobe Creative Suite, he has laid out books, booklets, brochures and business cards; retouched magazine covers and product packaging, shot and edited short films and animated for HD broadcast TV, film festivals and for the web.
Related Videos
Comments (8) 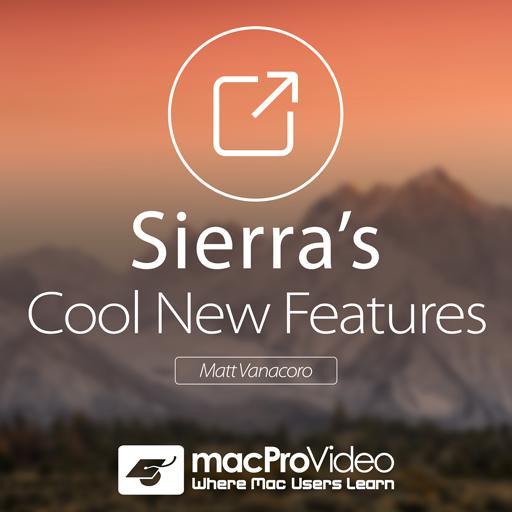 Dream It. Do It.
Do you want to learn Sierra's Cool New Features?
Yes, I want to learn!
No Thanks, I just want to read the article.
Feedback
How are we doing?
We'd love your thoughts, feedback and questions regarding our new site. All feedback is appreciated!
We do not respond to this form! If you need support, please visit our support page.
Thank you for your input!
Your message has been successfully sent
Course Advisor
Don't Know Where To Start?
Ask A Course Advisor