All Articles Final Cut
Final Cut Pro X 10.0.6: Markers Redux
Iain Anderson on Mon, November 26th 2 comments
Language
Markers are one of those feature many editors ignore until they really need them. The release of FCP X 10.0.6 brought with it the ability to export chapter markers and many more useful tricks...

Markers are one of those features which many editors ignore until they really need them. Since FCP X 10.0.5 and earlier didn’t let you export chapter markers at all, many ignored them completely. With the 10.0.6 update, there are many new tricks which make markers a vital feature in many workflows, and we’ll explore them now.

This is as easy as it ever was — press M and you’ll add a marker. If the video is paused, press M twice to add a marker, then edit that marker. A complex edit may have many tracks on top of one another, so select the track you want to mark before you press M.

The lower clip was selected before pressing M.

Pressing M inserts a generic marker, to which you can add a name. A generic marker is a useful snapping point, a reminder to return to later, a way to mark the beat of the music, and much else besides. However, two additional types of markers can be very handy indeed. Three icons in the center of the marker-editing popup allow you to switch types, new in 10.0.6.

A regular marker shown in the Edit Marker popup, in the timeline.

The central marker type here is the To-Do marker, fantastic for noting something you need to fix later on, or for leaving feedback for a student or assistant editor. While reviewing an edit with a client, you could make notes as you go with to-do markers. The great joy of to-dos is that you can list them all at once and tick them off, turning the red “to-do” into a green “completed” marker.

A to-do in the timeline.

This magic trick is performed using the Timeline Index, the small button just to the right of the Project Library button. In this pane, choose Tags, then the fourth icon along the list after “All” below. As you make your changes, click the red boxes to tick them off and mark your to-dos as completed.

The Timeline Index with the to-do markers shown.

The Chapter Marker concept has largely been used for DVDs, but QuickTime movies can use chapter markers too. They show up on the Mac, iPhone and iPad, making a long movie easy to jump around. Giving your own movies or showreel an interactive boost is always a good thing, and finally, it’s simple. Use that third Chapter Marker type in the Edit Marker popover dialog. A separate circular pin can be dragged to choose a new poster frame — you’re not stuck with the frame the marker actually sits on.

It’s a little bit tedious to add markers, then edit them, then switch their type each time. Choose Final Cut Pro > Commands > Customize and search for “marker” in the search field at the top right. You’ll see that Option-M is “Add and Edit Marker”, which saves a step. Alternatively, you can now assign your own shortcuts for “Add To-Do Marker” and “Add Chapter Marker”, as well as “Edit Next Marker” and “Edit Previous Marker”. There’s no “Add To-Do Marker and Edit” but you can add your markers all at once, then use “Edit Next Marker” to name them — or just double-click each one in the Timeline Index. My preferred shortcuts are shown here, but choose whatever you wish.

Finally, share your project to a QuickTime movie, Apple Device, DVD, or Blu-ray. Tick the Include Chapter Markers box for file-based outputs, and iDVD and DVD Studio Pro will automatically recognize them. It’s as simple as you’d hope, but with the new Sharing interface in 10.0.6, perhaps a little unfamiliar. Keep an eye for an upcoming article on Sharing here on The Hub.

What else to say? To-do markers are now easier to add, and chapter markers are (finally!) supported. It’s great to see FCP X’s missing features return, better than ever — and I’m sure there’s more in store. Dive in!

Iain Anderson
Iain Anderson is an editor, animator, designer, developer and Apple Certified Trainer based in Brisbane, Australia. He has taught privately and in tertiary institutions, and has freelanced for Microsoft and the Queensland Government. Comfortable with anything from Quartz Composer to Second Life and Final Cut Pro to Adobe Creative Suite, he has laid out books, booklets, brochures and business cards; retouched magazine covers and product packaging, shot and edited short films and animated for HD broadcast TV, film festivals and for the web.
Related Videos
Comments (2) 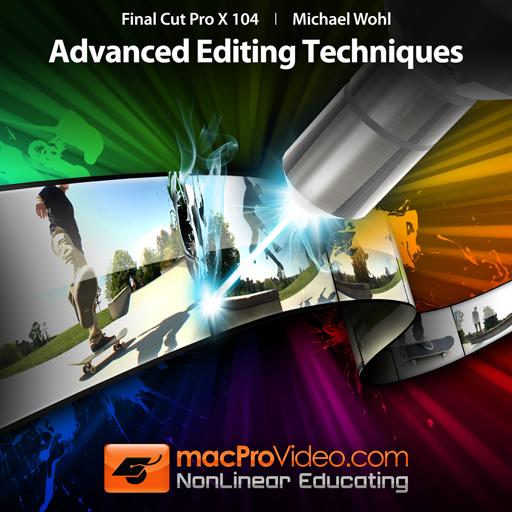 Dream It. Do It.
Do you want to learn Advanced Editing Techniques?
Yes, I want to learn!
No Thanks, I just want to read the article.
Feedback
How are we doing?
We'd love your thoughts, feedback and questions regarding our new site. All feedback is appreciated!
We do not respond to this form! If you need support, please visit our support page.
Thank you for your input!
Your message has been successfully sent
Course Advisor
Don't Know Where To Start?
Ask A Course Advisor