All Articles Motion
Motion: Create a Winter Season Background
Iain Anderson on Tue, December 24th 0 comments
Language
It's coming up to Christmas and many of us may be scurrying around looking for presents & cards... But, why not create your own video card? Iain Anderson shows how to create a winter background.

Around this time of year, sleigh bells jingle, snowflakes fall, and people gather around the fireplace to open their stockings and presents. Right? Well not here in Australia, where I’m just as likely to be at the beach as in the pool, there’s no snow within thousands of kilometers, and seafood is more popular than a traditional roast. Despite all that, the fluffy red and white trimmings, the fake snow, and of course the trees are still the decorations of choice. Here, we’ll look at a few ways to make some seasonal backgrounds which could feature in your yearly family videos, or simply as something pretty to play on your TV, near the tree.

Here’s how I prefer it in PAL land.

Start Motion, then create a new file, 1920x1080, at whatever frame rate is native in your neck of the woods. Set duration to be 2 minutes or more, to make this suitable as a looping background. This will be good for playing back on a modern TV or putting online.

We’re going to make a whole lot of snowflakes fall from the sky, and to do that, we’ll need some snowflakes. We’ll also need to make them as unique as is feasible. Luckily, that’s pretty easy. In the Library, look for Content, then click the magnifying glass at the bottom of the pane and type “snow” in the search field that appears.

Search for that snow — use a different snowflake if you feel like a rebel.

You should see three different snowflakes, and you can preview each of them by clicking on them. Each one is animated, which is good and bad. It’s good, because we can get a lot out of an animation. It’s bad, because if we use that item directly in an Emitter (which is the plan) then the entire snowfall will animate in unison, not really what we want. So let’s deal with it.

A beautiful and unique snowflake

Drag Snowflake 01 onto your canvas. Anywhere will do, and you’ll find it’s pretty big — which is just fine. With the snowflake selected, press K to create a Clone Layer. We make it into a Clone Layer because we can then treat it more like a movie. If we can treat it like a movie, we can pick a random frame from the movie for each particle, and that way we can create many different snowflakes from this one source. Magic.

Cloning to enhance uniqueness — that’s a new one.

Now that it’s been cloned, you should hide the original Snowflake 01.

Press E to create an emitter from your clone layer. An emitter sends out particles, and by default, they go in all directions from a point. We’ll change that.

Set Emission Range to 90°, which should be enough to send the snow downwards at a gentle range of angles.

Set Birth Rate to 15, to control the numbers a little, but Life to 8, which should give your particles enough time to exit the screen.

Set Speed to 200, to get things going a little faster.

Set Angle Randomness to 360°, to make them start at any angle they feel like, then Spin Randomness to 270° to let them turn any way they wish.

The last few important things: Set Scale to 20%, and Scale Randomness to 30%. Uncheck “Play Frames” to make each snowflake stick on its native position. Random Start Frame should remain ticked to ensure that each snowflake is different.

That’s it! You should now have a field of snow falling from the sky; a perfectly suitable backdrop to opening presents, eating unhealthy amounts of roasted foods, or snuggling inside with loved ones. And if you’re near the beach like me, it’ll help you pretend. 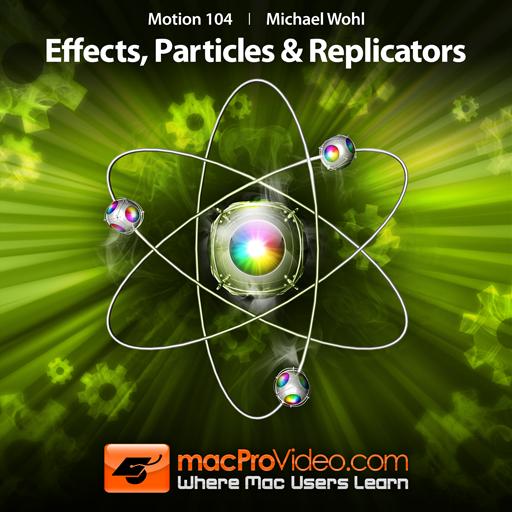 Dream It. Do It.
Do you want to learn Effects, Particles and Replicators?
Yes, I want to learn!
No Thanks, I just want to read the article.
Feedback
How are we doing?
We'd love your thoughts, feedback and questions regarding our new site. All feedback is appreciated!
We do not respond to this form! If you need support, please visit our support page.
Thank you for your input!
Your message has been successfully sent
Course Advisor
Don't Know Where To Start?
Ask A Course Advisor