All Articles Review
Review: Duet Display
Iain Anderson on Tue, February 3rd 3 comments
Language
Ever wanted to use your iPad as a second screen for your Mac but were just upset by the lag and latency? Duet Display promises to make the experience better... but does it live up to expectations?

While an external Mac monitor seems like an obvious use for an iPad, the solutions to-date have been Wi-Fi based. For some applications, that's been OK, but for many others it's just too slow. Duet Display promises to banish lag by using a direct USB connection '" so how does it deliver? 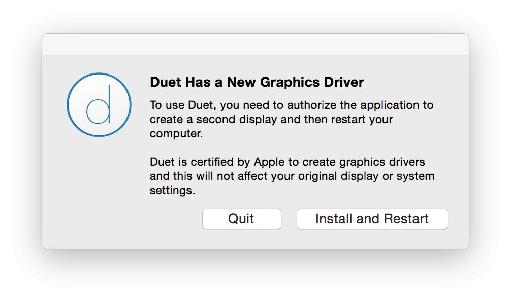 Installing the Mac app is straightforward.

Duet Display uses a pair of apps to make the magic happen. You install a free app on the Mac side, and then a paid app on the iPad. Connect the iPad with a USB cable, launch the Duet app there, and it's like you've connected a separate monitor. Using System Preferences > Displays, you'll see a second screen, and can access different resolutions in the window that appears on your iPad, just like you can when you connect a normal second display. 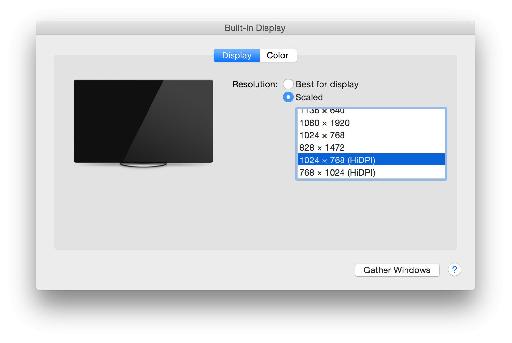 As usual, Option-click on the Scaled radio button to access additional resolutions. 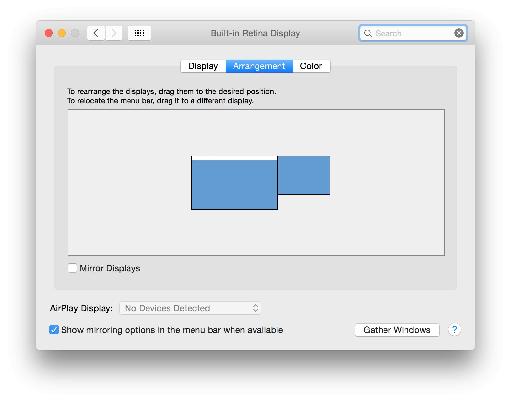 At home, a regular second monitor would be larger, more permanent, and more convenient, but on the road or at a cafe, your iPad can now fill the same role. It's worth noting that in a hotel room, a decent TV can also fill the role of 'second display', but that's not always possible or ergonomically appropriate. 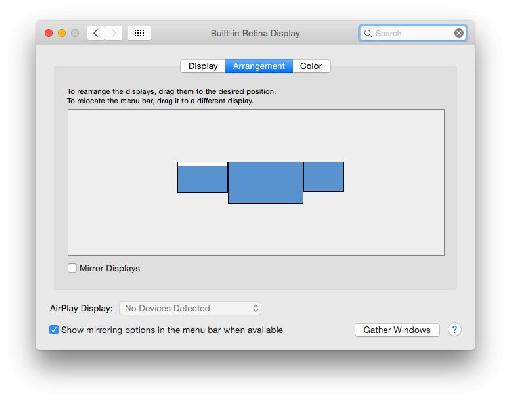 It is possible, but slow and not recommended: MacBook Pro + HDTV + iPad = 3 screens.

It's also possible to use an iPad with Duet as the only screen, but because it can only work after you've logged in, you'd have to set your Mac to log in automatically.

Does it work? Yes, but with some limitations. I found that there was (despite claims) a slight lag in general UI responsiveness, but to be fair, it's better than Wi-Fi, and I don't have the newest gear. My MacBook only has Intel 4000 graphics, and my iPad mini (Retina) that it's paired with isn't the fastest iPad either. A Mac with a real GPU and a newer iPad Air would probably perform better, but there is still a performance hit compared to a regular external screen.

While you can tap on the iPad to click or drag, and use two fingers to right-click or scroll, the clickable targets in many OS X apps are too small to comfortably hit with your finger. That's OK, but you'll sometimes need to use the Mac's input devices instead.

Photoshop behaved quite well, though'"and if you want 'full Photoshop' with a touchscreen, it's certainly a much cheaper option than a Wacom Cintiq. Again, on my setup, there was a small amount of lag, but it would be acceptable for many users. 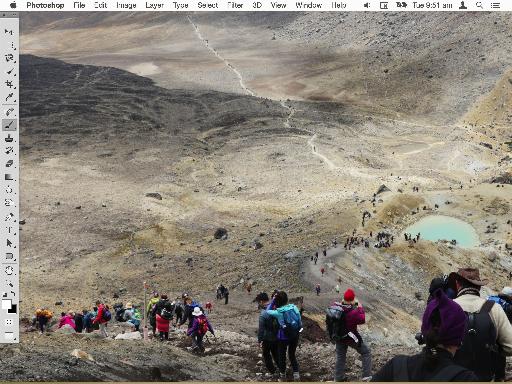 Using Photoshop to paint in some extra cloud shadows with my finger.

I found that if I put Final Cut Pro X's Viewer on the iPad screen, Scopes showed as a white box, and with or without them, frames would sometimes drop during playback. Certainly, in Retina mode, with an effect applied, frame drops were more likely. 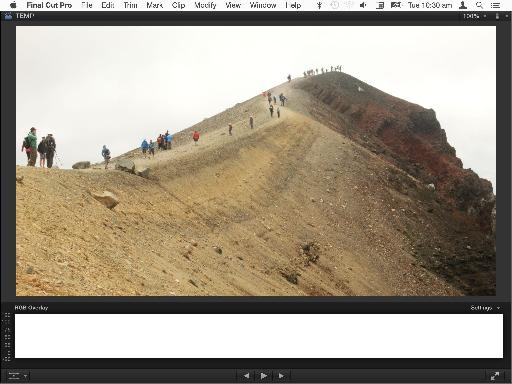 Using the iPad as a Viewer has some issues; the scopes don't work properly yet and it drops frames.

Using the iPad for Events rather than the Viewer worked better. However, since you can't hover on an iPad, you'll have to use your Mac's trackpad or mouse (or keyboard shortcuts) to skim your footage. Alas, when skimming, the current thumbnail frame under the skimmer showed as a white frame, like Scopes did. With any luck these issues may be fixed in a future update, but full-screen video is always going to be the hardest problem to solve. 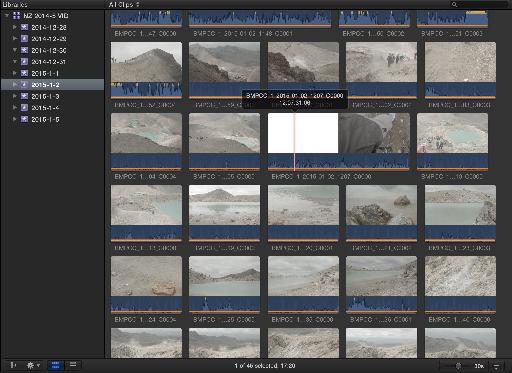 This white frame isn't normal, but usually you're watching the viewer and not the thumbnail.

Inevitably, there are limits on how well you can use an iPad as a true second screen. While it's not perfect for full-motion video'"at least not on my gear'"it could be good enough, and just fine for other tasks, like viewing full-screen photos while processing in Aperture or Lightroom, displaying a script while recording your main screen, or simply extra screen space for word processing and other general usage.

The verdict? If you're a dual-screen fan who travels, it's faster than Wi-Fi, and should work well as a second screen on the road. For most applications, it's definitely a useful tool, and likely the best solution of its kind.

Iain Anderson
Iain Anderson is an editor, animator, designer, developer and Apple Certified Trainer based in Brisbane, Australia. He has taught privately and in tertiary institutions, and has freelanced for Microsoft and the Queensland Government. Comfortable with anything from Quartz Composer to Second Life and Final Cut Pro to Adobe Creative Suite, he has laid out books, booklets, brochures and business cards; retouched magazine covers and product packaging, shot and edited short films and animated for HD broadcast TV, film festivals and for the web.
Related Videos
Comments (3)

Dream It. Do It.
Do you want to learn OS X & iOS: Working Together?
Yes, I want to learn!
No Thanks, I just want to read the article.
Feedback
How are we doing?
We'd love your thoughts, feedback and questions regarding our new site. All feedback is appreciated!
We do not respond to this form! If you need support, please visit our support page.
Thank you for your input!
Your message has been successfully sent
Course Advisor
Don't Know Where To Start?
Ask A Course Advisor