All Articles Logic Pro
Tapping Tempo into Mainstage
David Earl on Sat, May 4th 0 comments
Language
You may be surprised to learn how easy it is to change the tempo of your songs on the fly in Apple's MainStage. Well, it's easy if you know how, and David Earl shares his tap tempo know-how here.

People who have started getting into Mainstage have sometimes overlooked the fact that flex time - Logic’s time-stretching algorithms - are built into Mainstage. This can be really handy playing live if one would like to adjust the timing of a song to suit an audience. It can also be a lot of fun to slow a song down too much as an effect live. However you like to do it, let’s get into the technique.

Get your Stems together

Let’s start by bouncing out some stems from logic for use in Mainstage. Stems are submixes of the song, intended for use in live performance or remixing.

Open a Logic blank template. The tempo should be 120 right off the bat. Perform a ‘Save as...’  and save this session as ‘Stems’. Open the Apple Loop browser, and search for ‘Motown Drummer 14’. Drag the Apple Loop into the arrange window.

Line them up like so, and adjust their volume to taste:

Set the end of the song to 5. (The song end is located just under the tempo area in the transport bar). Next, go to File > Export > Export All Tracks as Audio Files.

Now we have stems for use in Mainstage.

Getting the Playback Set Up in Mainstage

Now that we have the audio we want, we need to open up Mainstage and get ourselves a template for what we want to do. After initial setup, we’re going to get our Playbacks all set up as well.

In Mainstage open the ‘Keyboard Starter’ template and choose Layout view. Add a button from the drawer below, go back to Edit view and drag the audio stems we just made into the mixer on the right side. Now we should have this:

Now let’s set up our Playback plugins. Choose the following on the front panel:

Now that we have our Playbacks set up, we need to choose a flex mode for each one.

There is a gear in the upper right side of the playback. That’s where we’ll access the settings. For the drum part, choose  ‘Rhythmic’. For the bass, choose ‘polyphonic’. For the conga, choose ‘Slicer’.

We also need to be sure the setting ‘Start with Play Action’ is selected on at least one Playback. Experimenting with these flex time settings will be a good way to keep the tempo changes sounding smooth.

Assigning a Button to Tap Tempo

Since Tap Tempo is not a fader or button in the mixer, we need to assign the button we just created in our workspace to Tap Tempo in the Channel Strip inspector.

Now hit the Spacebar, and start tapping away on our new button in the workspace. The stems should all stay in perfect sync. Notice how the tempo changed both on the tempo button and the Playback:

Experiment with different flex types to get the effect sounding more seamless, and have a blast with our new, tap-tempo-synched concert! 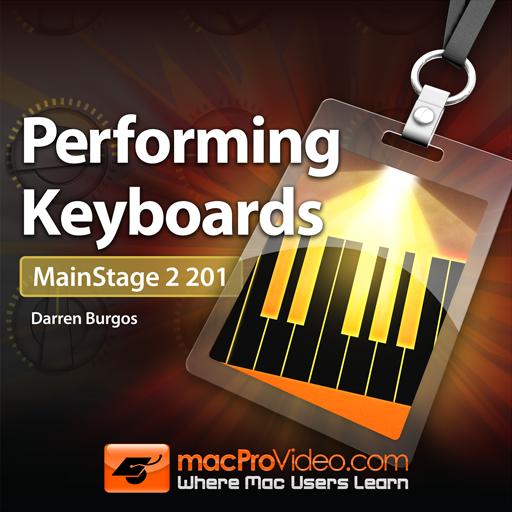 Dream It. Do It.
Do you want to learn Performing Keyboards?
Yes, I want to learn!
No Thanks, I just want to read the article.
Feedback
How are we doing?
We'd love your thoughts, feedback and questions regarding our new site. All feedback is appreciated!
We do not respond to this form! If you need support, please visit our support page.
Thank you for your input!
Your message has been successfully sent
Course Advisor
Don't Know Where To Start?
Ask A Course Advisor