Yesterday, September 20, 2016, Apple released the newest iteration of the macOS (formerly OS X), Sierra, aka 10.12. As is the practice with most creative professionals, I won’t be installing it until all my software and hardware has been certified for compatibility. I hope that happens quickly because I am looking forward to using the new OS and the functionality it provides. But it also has me reflecting on the state of the Mac, and why I feel nervous about the machines upon which I rely both for my art and my livelihood.

Why Creatives Use Macs

Artists in the audible and visual mediums (myself included) have historically been passionate about our Macs. For some, it’s the ease of use. For others, it’s because the Mac does things other platforms can’t. Regardless of the reasons, the Mac has endeared itself to our share of the user base. And since macOS is proprietary (unless you’ve built an unapproved Hackintosh), it only runs on Apple-branded boxes. Whether they’re laptops or desktops, those boxes tend to represent the tangible objects of our affection (Macffection?). For creatives, not only are Macs fun and easy to use, but the machines allow us to garner income from our art. Why wouldn’t we love them?

All three of my studio edit bays are equipped with two highly customized 2009 or 2010 Mac Pros, along with a 2009 or 2011 MacBook Pro. Whether I’m writing articles or editing audio, video, or photographic projects, I rely on all these machines to work hard, work efficiently, and be as bulletproof as possible. If you’re reading this article, you’re probably a lot like me: the ability to earn a living is based largely on the performance of your Mac(s).

My Macs are from a not-so-distant time when Apple built computers that were user-upgradeable. I’ve installed generous amounts of RAM in all my machines, and in the case (pun intended) of the Mac Pros, I’ve upgraded CPUs, GPUs, and installed a variety of PCIe cards. Upgradeable Macs have allowed creatives to get more value from the machines in which we’ve already invested. The newer Macs aren’t nearly as upgradeable as they used to be, and that is a common gripe for old-timers like me.

Newer designs aside, the most unnerving reality is just how long it’s been since Apple upgraded the Mac product line. Perhaps nothing illustrates this dry spell more clearly than by browsing the wealth of Apple history found at EveryMac.com:

The past four years of new Mac computers.

From as many as twenty-eight in 2013, Apple has refreshed only three new Macs so far in 2016. Yes, three. It’s also worth noting that the last time Apple updated a Mac product with “Pro” in the moniker was well over a year ago in May of 2015. So what are we to make of this lack of Mac?

We’ve Been Here Before

Mac users are not only loyal, but we’re also very patient. That’s probably because we’ve experienced dry spells before. Throughout the decades, Apple has occasionally required us to wait for new Mac products for long periods of time. In 1996 the Mac OS System 7 was languishing without a successor, so Apple acquired NeXT, Inc. and their NeXTSTEP operating system. The result was the return of Steve Jobs to Apple, Systems 8 and 9, and ultimately the Unix-based Mac OS X. It also signaled the return of corporate profitability and Apple becoming the most valuable company in the world.

Along the way, we experienced more dry spells, all of which—in hindsight—were absolutely necessary. The transition from Motorola 68k processors to PowerPC architecture took time for both Apple and developers to conquer. Writing Cocoa- and Carbon-based apps (the process of making existing software compatible with OS X) had developers scrambling to meet the mandates of Apple while their users waited. When IBM failed to achieve 3 GHz clock speeds on the PowerPC, Apple increased performance by putting multiple CPUs on Mac motherboards. Addressing two processors required developers to stop and write new code if they wanted to provide the benefits of the multi-CPU Macs to their users.

Then we waited for portable processor upgrades. When the PowerPC architecture could not produce fast CPUs physically capable of fitting in a modern laptop form, Apple switched all Macs to Intel processors. Their first Intel-based computer spawned a whole new product line: the MacBook Pro, powered by a dual-core (Core Duo) processor. That technology quickly found its way into consumer products like the iMac and ultra-slim MacBook Air, and into the machines we creatives have come to rely on: the quad-core MacBook Pro and the multi-core, multi-CPU Mac Pro.

The aforementioned Mac Pro was totally redesigned in 2013, and it was a radical departure from the machine we were used to. Yes, it was a beautiful and innovative design, but the ability to upgrade the machine internally had been dramatically reduced. No longer could you install internal PCIe cards and/or additional internal HD or SSD storage. Also, while the AMD-based GPUs were powerful, you couldn’t use Nvidia cards unless you added an external Thunderbolt-based PCIe chassis. While the tiny footprint of the machine was initially enticing, the physical volume of the numerous external devices required to expand the basic functionality was enough for some creatives to skip this iteration of Mac Pro. Now after three years, the redesign and the dry spell has many of us asking, what’s up with the Mac?

Current processor technology is seriously outpacing the Mac. That and the lack of new Mac products have generated many conspiracy theories. Some have speculated that the massive revenues generated by Apple’s other product lines (iPhone, iPad, and Apple Watch) have made the Mac an afterthought in Cupertino. Others say that Apple (having a history of integrating vertically) is working to replace the Intel processors with their own A-series of CPUs. One of the more fringe hypotheses is that—like they did for a short time before the return of Steve Jobs—Apple will license the macOS. If that happened, creatives could order a Dell, Toshiba, Lenonvo, or HP machine (or even build their own) and install the macOS on it. I doubt that will happen, but the theory is intriguing and it could keep those of us who need bleeding-edge performance from grudgingly jumping to Windows 10 and non-Apple machines.

Steve Jobs was a master at showing us what we wanted, even before we knew we wanted it. But creatives are quite different from basic consumers. While the MacBook or iMac offer great general performance, creatives demand much more from our machines, specifically in the realm of multi-processor and multi-core performance. More processors and cores translate into faster computing, which translates into faster workflows, better productions, and happier clients. If we want to get paid, we have to meet the deadlines of our customers, and we need fast computers to accomplish that.

As for what creatives want, our priorities are on apps rather than operating systems and branded boxes. It’s the apps that perform the tasks we need, more so than the OS or brand of computer. I think it’s fair to say that most Mac-users enjoy the Apple ecosystem of macOS, iOS, watchOS, and tvOS devices. But that integration can’t substitute for what our apps can provide in terms of creative output. For me, I rely on Cubase, WaveLab, and the Adobe Creative Cloud. For others, it’s Logic Pro X and Final Cut Pro X, both Apple-branded products that benefit greatly from Apple’s Pro computers. Regardless of the apps we use, we all need an OS and a machine that can complete our work quickly and reliably. Sierra will get us halfway there, but we still need state-of-the-art machines upon which to run the OS and our apps.

I’ve gotten incredible value out of all my Pro Macs, but there will come a time when I’ll have to replace them with something newer and faster. Fortunately for me, all my apps are cross-platform, meaning they will run on both Mac and Windows. But if the Mac become an unviable platform for Logic and FCP users, they’d have to buy and learn new software, and we all might have to buy new peripheral hardware (audio interfaces, DSP cards, etc.) that are Windows-compatible. That’s a huge expense both in time and money. It’s also what keeps creatives up at night… well, that and meeting deadlines.

Therefore, if Apple doesn’t build a box that allows me to keep up with MY competition, then I’ll find a box that will. I’m not a big fan of Windows, but it will run the apps I need, and the performance of the latest Intel i7 and E7 processors is breathtaking. I really want my future computers to have both an Apple logo and offer the number crunching power that will compel me straight to the Apple Store with my wallet (or Apple Pay enabled iDevice) in my hot little hands. On behalf of creatives everywhere, I say: Apple, we’ve been patient and loyal, but we’re hungry and ready to take a bite. Whatcha’ got for us?

Improve your cerative skills and techniques in the macProVideo library here. 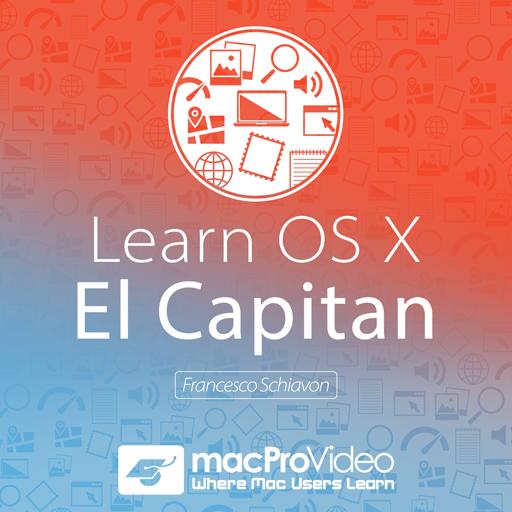 Dream It. Do It.
Do you want to learn Learn OS X El Capitan?
Yes, I want to learn!
No Thanks, I just want to read the article.
Feedback
How are we doing?
We'd love your thoughts, feedback and questions regarding our new site. All feedback is appreciated!
We do not respond to this form! If you need support, please visit our support page.
Thank you for your input!
Your message has been successfully sent
Course Advisor
Don't Know Where To Start?
Ask A Course Advisor