All Articles Logic Pro
Traditional VS Fast Parallel Processing In Logic Pro
Mo Volans on Tue, February 21st 1 comments
Language
Logic Pro is a deep music production platform with multiple ways to get from A to Z! In this article Mo Volans uncovers two paths for parallel processing in Logic. Which route will you choose?

Using parallel processing can be a great way to gain control over extreme effects and use them in your mix without worrying about over-cooking your signals. In Logic Pro (and many other DAWs) there are usually a few ways to set up parallel effects mixes. Here's the lowdown.

OK. So, a parallel bus is simply a way of mixing a dry signal with an effected version in varying amounts. The two streams should be truly parallel and therefore independent of each other giving you the freedom to mix them in any way you want.

To achieve this in Logic we can send all the channels we want to process to a dry sub group, using the output option. Next up you can use the sends from the same channels to send to a second bus, this will be the effected or processed parallel group. 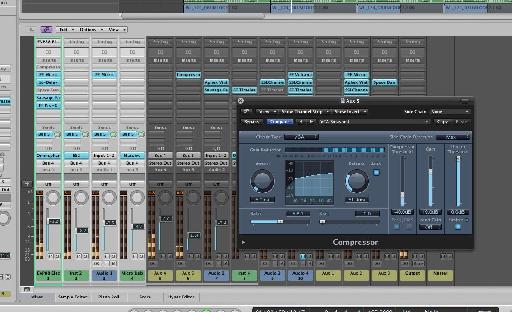 Logic is set up for traditional parallel processing

With the two busses created you can now add any processing you like to the second group. This can then be mixed to taste, creating a balance of the original, dynamic and untreated signal and the processed secondary group.

By far the easiest way to create a parallel effects stream is to use an effect with a mix function. Many of Logic Pro's plug-ins now have this feature and it makes it an absolute breeze to set up.

Logic Pro's compressor is a great example of a plug-in with this sort of capability. To access the mix function simply fold down the lower half of the plug-in and a few hidden features will be revealed: 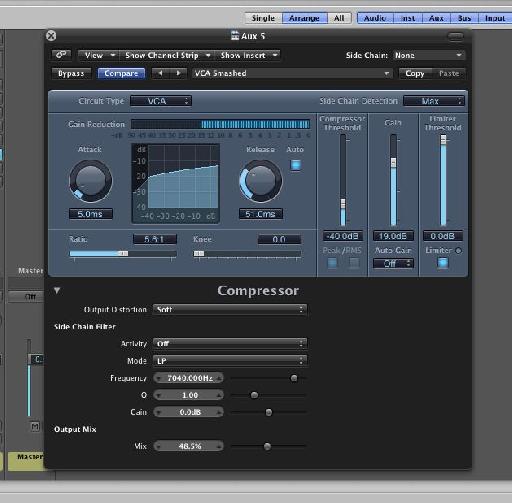 Many of Logic's plug-ins are capable of fast parallel processing using the mix control.

You can now mix any amount of the original dry signal and the processed audio from the compressor itself. You should get more or less the same effect as the method above but in a fraction of the time. 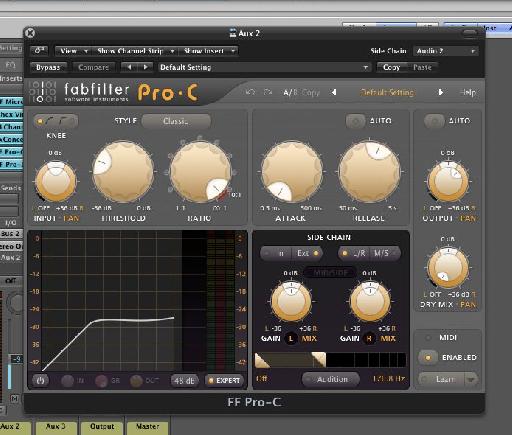 Many third party plug-ins have mix controls as well.

So as you can you see we have two drastically different ways of achieving the same if not similar end results. So you might ask yourself the question: Why on earth would I consider using the long, traditional method?

Well, I firmly believe that the first method gives you a lot more control over the end result and allows you to add extra processing and ultimately create a parallel effects bus with any plug-in you choose.

Although I do use the quick route and utilize plug-ins that have a built-in mix function there are also plenty of situations when I simply can't do without having a physical parallel bus. Try both for yourself and see which one works for you and your mixes.