All Articles Apple
What Could Apple's 16 Inch MacBook Pro Mean For Musicians And Producers?
Hollin Jones on Fri, July 26th 3 comments
An extra inch of screen space doesn't sound like much but there are other ways in which the software and hardware could evolve to make your music life easier. Here are some of them...

There are persistent rumours that Apple is soon to be introducing a new model of MacBook Pro - a 16 inch model - and that this may replace or at the very least supplement the 15 inch models we all know and love. This is based on analysis of supply chains - a common technique used to predict what Apple may be building next - even though the company itself very rarely announces products in advance.

But how might that extra 1 inch of screen space help musicians and producers - or is it a gimmick? Will the added power and presumed screen space have real-world consequences for producers? Here are some thoughts on how it could work.

1. It will have a very high resolution

The rumoured resolution of 3072x1920 combined with the Retina screen will be huge, even if some screen elements will be rendered very small when running at top resolution. Of course you will have the option to scale it down so plugins and DAWs - with their many small buttons - are easier to see. But even scaled down, the larger screen could really offer some benefits in terms of what you can fit on there, especially with OSX’s screen management tools and the fact that many DAWs allow you to pre-configure window sets. Logic Pro, Ableton Live and Steinberg Cubase in particular are good at this, and Kontakt-based instruments can be easier to use if you are able to expand their file browsers out on a larger screen.

2. Squeeze to the edges Just like they have done with iPhones and iPads, Apple may be able to squeeze more screen space into the same footprint as the 15 inch simply by reducing the size of the bezel - the area around the edges of the screen. An all-screen laptop probably isn’t likely just yet, but there’s certainly scope to reduce bezel sizes. This would mean the laptop fitted most existing cases and bags and was as easy to carry as the 15. Add in a USB-C audio interface or MIDI controller and you have the ultimate portable laptop-based music setup. 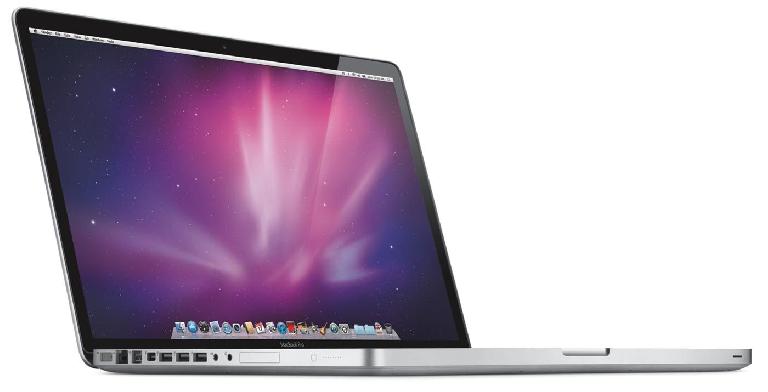 On the other hand, there is something to be said for making a physically larger laptop. Apple has shown with its reversion to a tower form factor for the upcoming Mac Pro that it isn’t always committed to making thinner and thinner products if there is a demand for one that is larger but more functional. I wouldn’t hold your breath for the return of user-replaceable RAM or hard drives though. Plenty of creatives would love a larger screen and the advances in battery and CPU technology made since the demise of the much-missed 17 inch PowerBook mean it wouldn’t necessarily have to be particularly unwieldy. 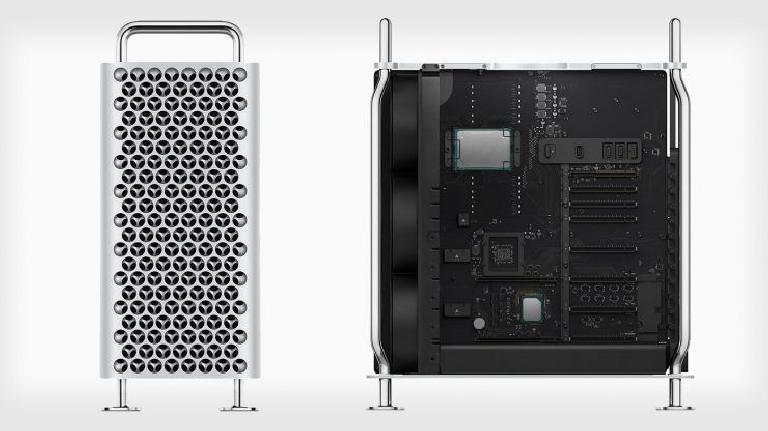 A larger machine could become the heart of your studio without feeling like a stand-in - and bigger audio interfaces, MIDI keyboards and even studio outboard like compressors or drum kits wouldn't look out of place next to it. At the same time, you could still take it on the road, unlike an iMac.

Apple seems unlikely to start reintroducing legacy ports to its laptops, and will almost certainly stick with USB-C, albeit you will get several of them. But a larger form factor will mean a larger battery which is great for performance and longevity. There’s also the possibility that it could build a wireless charging capability into a larger MBP for Airpods and iPhones. Before you dismiss that idea, the latest iPad Pro models can charge other devices via their USB-C port, so it’s not as far fetched as it might sound. USB-C is becoming the standard (albeit slowly) for all kinds of peripherals including microphones, audio and MIDI interfaces and more. The beauty of it is that you can use hubs and also daisy chain devices, so even though your laptop only has a couple of ports, there's enough bandwidth to connect your whole studio - audio, MIDI and monitoring.

Split screen view has existed in OS X for a while, whereby you can drag two apps side by side on the screen and work in gthem both at the same time without their windows overlapping. This would certainly be even nicer on a larger screen - especially if. as seems likely, Apple enables a very high resolution. The laptop will also be able to drive multiple external monitors, though the details of how many and how big remain to be seen. Imagine having Logic Pro X on one side and Kontakt on the other, with enough screen real estate to use both properly. Or, a full Cubase (or Bitwig Studio, Ableton Live, PreSonus Studio One) project running while you score along to a video, in a window that's large enough to really use. It could be game changing.

What do you think, are you hanging on for a 16 inch MacBook Pro? 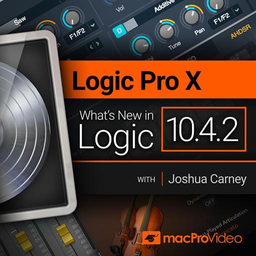