All Articles Audio Hardware
5 Tips To Speed Up Your Korg Electribe 2 Workflow
G.W. Childs IV on Sun, September 18th 0 comments
Language
So you've got a Korg Electribe 2 (or are thinking about getting one) and you want some workflow tips and tricks? You're in the right place! G.W. Childs is here to help.

Like all workstations of power, the Electribe 2 offers many ways in which one might perform, compose and simply jam out. While there are many possible workflows, I thought I might share some of my own small procedures that have really been saving me time and adding more creativity to my sessions with my Electribe 2.

As you get to know the Electribe 2, you quickly discover that it does not save patches, like a regular synth, or sampler. And that the Patterns, especially the artist or manufacturer produced patches, have some of the best, and most produced sounds, or ‘parts’. If you want to create some original sequences of your own with the manufacturer produced parts, then try this:

Hold down the Shift button and press the 6th button over from the left, on the bottom row. This brings the Clear Sequence function up, where you can remove the musical sequence for the Part in which you are currently working. But, the Part settings, like FX, Modulation, Motion Recordings and more are left.

If you use the Part buttons, you can keep the Clear Sequence Function up, and just press Part Left (Or, Part Right), multiple times, till all parts are cleared. Suddenly, you’ve got a palette of 16 sounds to work with, within a pattern, and no sequences assigned. Go to town!

The last tip offers a way to free up manufacturer (or anyone else’s) patterns from sequences, so you can use the Parts, within the Electribe 2 Patterns for your own music. And, while it’s really cool, you may not want to have to go back through and clear things up, every time you want to start a new song, or just a jam session. I actually kind of like clearing up several patterns of sequences that I know I’ll use the Parts of. For example: I may choose a pattern within my Electribe 2 out of manufacturer pattern 019 Tricky Slippy 2, simply for the Part sounds. I like the drums, bass, orchestra hit, and so on. There’s nothing I would change.

I can save this pattern without the sequences to either the same pattern number ‘019’. Or, I can save it with a new name and simply call it Tricky Kit, by holding down the Shift button, and then pressing Write. By changing the name, I let  ‘future me’ know that this pattern is only sounds, and that I can start ‘tricking’ on it, as soon as I pull it up. If I store several patterns like this, I am never stuck in a moment of having to come up with things on the fly. Or I never leave myself in a situation where I’m frantically clearing parts before I perform. I just pull up one of my kits, and start free-styling, performing, or simply having fun.

Tip: Korg released a large number of patterns over the summer for the Electribe 2. While you may not be into the sequences themselves, you might really enjoy using some of the Parts within those sounds for your own ideas, workflows and sound edits.

The Electribe 2s both give you multiple ways of choosing Parts, through either the Part buttons, through triggering different parts in trigger mode, and so on. One really easy way to do this, without having to trigger anything, is to hold down either the Trigger, Sequencer, Keyboard, or Chord buttons, and then press the Pad assigned to the part you’d like to assume control over. This allows you to silently jump on to different parts during sets, performances and recordings without clueing in your audience that you are part switching. And, once the shortcut becomes second nature, I feel, that this shortcut goes a long way in making you feel like you have a little more control.

If you’re rocking the Electribe 2 Synth, and do not have a way to bring in new samples of your own, and you’re running out of drums, you might want to enable the Amp EG (Amplitude Envelope Generator) and trim down the decay, or attack. By adjusting either parameter on an existing raw sample (or oscillator) within the Oscillator section, you can easily create new sounds. Especially if you adjust the pitch, in addition to trimming from the head and tail of the sound.

And these aren’t the only options. Korg, themselves, threw in an additional, and much appreciated feature, with the Edit knob, over in the Oscillator section. Slowly turning the Edit knob will also reveal additional tweaks, effects and dynamic shifts. So, don’t even think for a second that you’re limited with the sound. In fact, Korg has supplied you with enough audio building blocks to keep you tweaking for a long time.

A common strategy for building songs is through making multiple patterns. Heck, that’s really the entire gist of the Electribe. And, while this is cool, with pattern sequencing, it can get a little old having to re-sequence a bass, arp, or other accompanying pattern, every time you want to add a new section to a song. With Scale Mode, you can speed this process up immensely. Try this out:

Start off sequencing a basic pattern consisting of bass, drums, and maybe a lead that pops in here and there.

Then, for the bass and lead parts that you created, set both of these parts to Scale Mode: On.

Now, when I change the Key of the Pattern, within the Program Menu, you’ll notice that the bass and the lead change keys, accordingly along with the Pattern Key. Sadly, their key change is instantaneous. So, it can be a little tricky changing the key to your pattern in real time. Hopefully, Korg will make this feature cue and play along with the Pattern Changes, in the future. This would mean you could guide your song simply by turning a knob. Maybe they’ll make it where you can Key Scale using a MIDI controller?!

The Electribe 2s are powerful, amazing, and great sounding machines. And, like all machines, they have quirks, as well as serious pros. I’m hoping that with some of these tips, music making with your Electribe 2 will seem a little more straight forward. 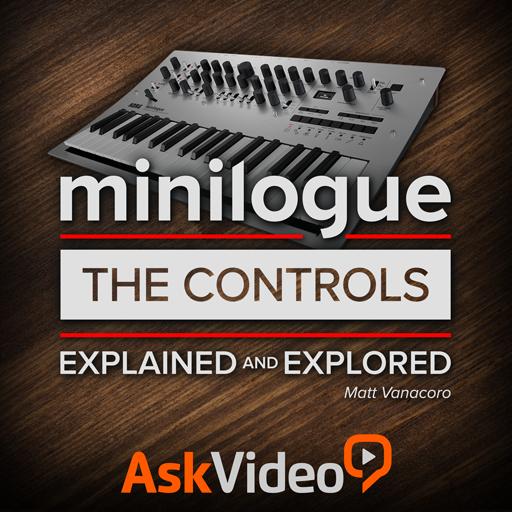