All Articles Audio Hardware
Composing Techno with Roland AIRA: TR-8, TB-3 and MX-1
Sara Simms on Fri, July 15th 0 comments
Language
The AIRA range of hardware music machines are inspiring to get hands on with. In this tutorial, Sara Simms shows how easy and satisfying it is to create techno tracks using the TR-8, TB-3 & MX-1.

Roland's AIRA line is comprised of recreations of classic drum and bass machines that have been redesigned for the modern age. Roland's 808 and 909 drum machines and TB-303 bass synthesizer helped to create techno and house. The AIRA products are the perfect tools for aspiring and seasoned producers, as they put sounds of the machines that created dance music at your fingertips. If you're looking for new inspiration for techno tracks or a live performance setup, look no further than AIRA. 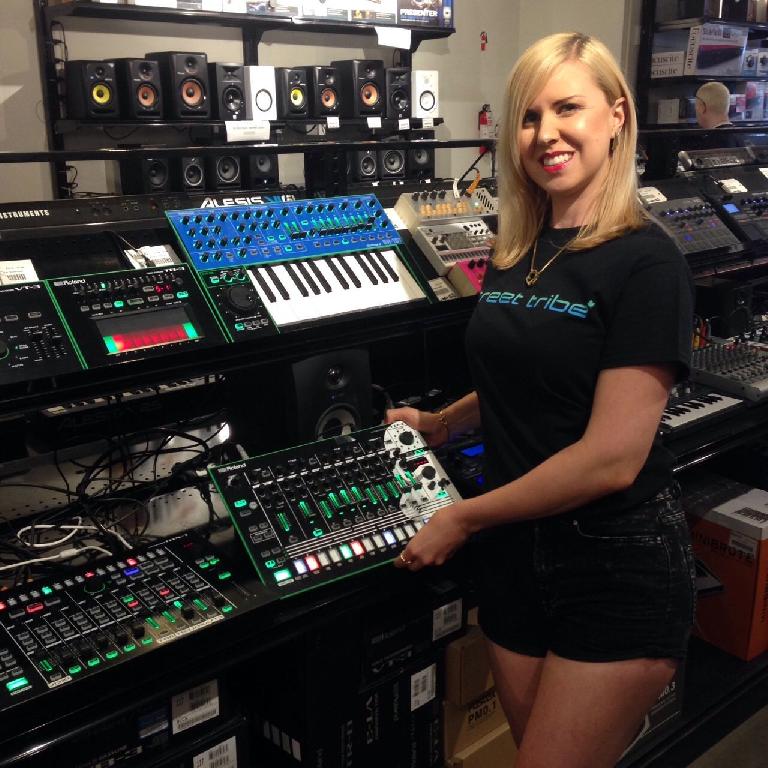 Hardware: Back in Black

The beauty of the AIRA line is the fact that the AIRA instruments can be used with or without a computer. In the midst of the laptop age, there's still something to be said for using hardware to create and compose music. Its easier than you think to get started making techno with the AIRAs; here's a tutorial for beginner and intermediate producers. 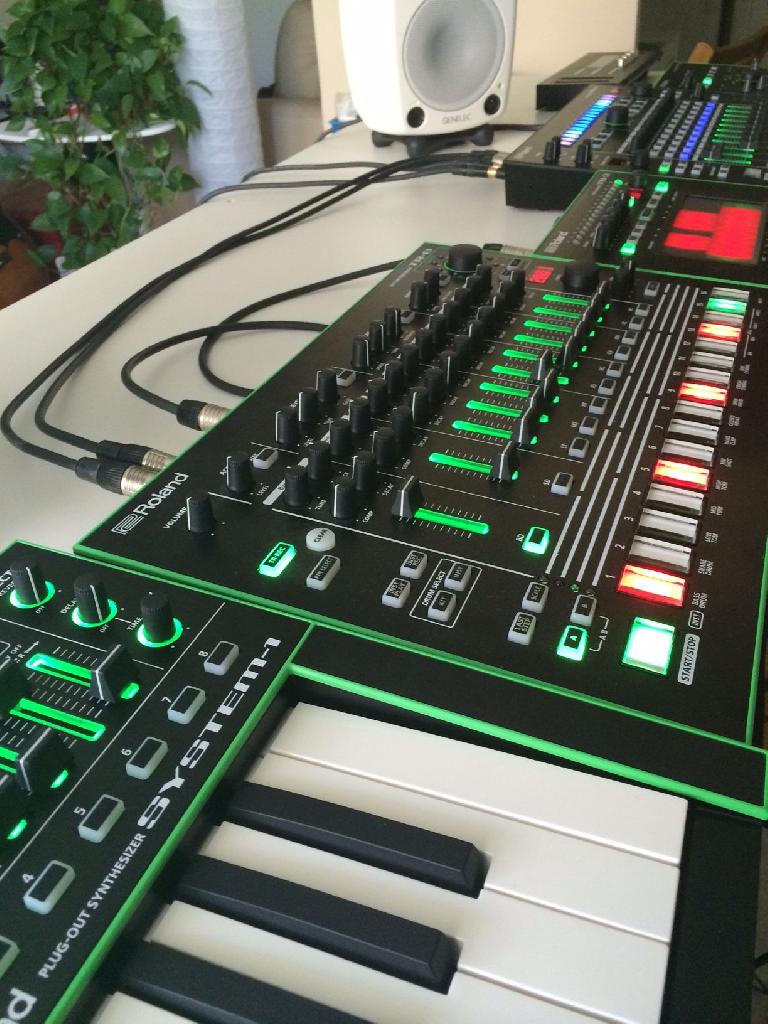 Start by plugging in and turning on all of the equipment, and plug the output of the MX-1 into a pair of powered speakers (or your sound card). Use a USB cable to connect the TR-8 to USB Port 1 on the MX-1 and connect the TB-3 to USB Port 2 via a second USB cable. The MX-1 will be the MIDI clock source, so that all three units sync together. To set the MIDI clock source on the MX-1, press and hold the Sync button and turn the large jog wheel until the screen blinks on 'Int'. Raise the channel fader on USB 1 so that the TR-8 is audible. 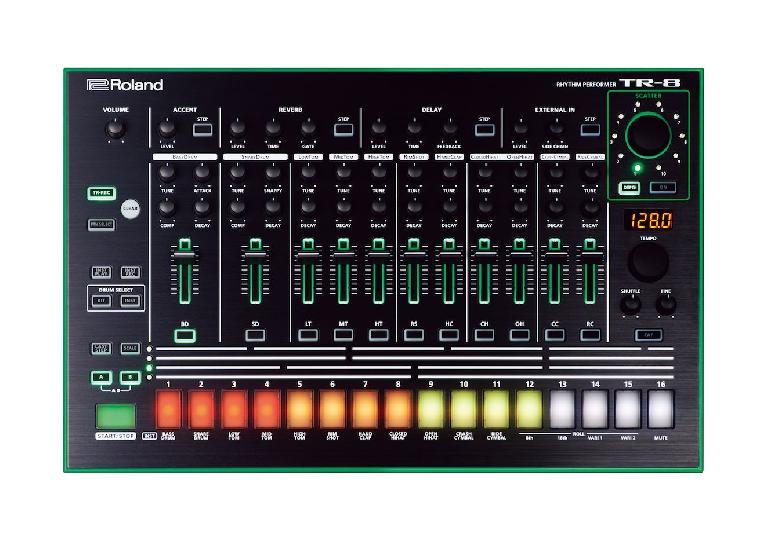 Now you're ready to program in some drums. When using the AIRA products, I find it's easy to begin ideas with a drum line, and then add in bass and FX on top. Start out by clearing a Pattern space on the TR-8 by pressing PTN Select, holding down the 'Clear' button and pressing one the numbered buttons (1–16) for the pattern you'd like to clear. Choose one of the 16 available drum kits by pressing Kit, then selecting one of the numbered kits on the sequencer (1–16). Number 1 is the 808 kit, and number 2 is the 909 kit. For techno tracks, I think the 909 kit is a good choice.

Program in a drum line by pressing: TR-REC, select the Bass Drum by pressing BD and program in your kick drums by pressing the buttons in the sequencer at the bottom. Kicks traditionally go on sequencer steps 1, 5, 9 & 13. If you'd like to try something unconventional, program in your own pattern. Snares can be programmed in by pressing on the SD button, traditionally they are placed on sequencer steps 5 and 13, but program them wherever sounds good. Lastly add a high line, by clicking on the CH (Closed Hat) button and programming in as many hats as you like (a good pattern is 1, 2, 3, 4, 6, 7, 8, 9, 10, 11, 12, 14, 15 & 16)

Next have a little fun with the Inst Play mode on the TR-8, which is a mode that allows users to improvise and add Rolls in live performance. (The rolls are not recorded in, unlike the rest of the drum sounds) Click on Inst Play, and try out a few Tom rolls by pressing down one of the Tom buttons on the sequencer (either the Low Tom, the Mid Tom or the High Tom) and the sequencer step 12, which produces 1/8-note rolls. For a variation, hold down the Vari 1 button (sequencer step 14) at the same time you are holding down one of the Tom buttons, and the 1/8-note (sequencer step 12) button. For a second variation, press down Vari 2 (sequencer step 15) instead of Vari 1. Try the same thing, except with 1/16-note rolls by pressing down step 13 instead of step 12. Experiment with both 1/16-note and 1/8-note variations with all three Tom sounds until you find a pattern you're happy with. To keep the Rolls playing, hold down Inst Play, then click on one of the Tom buttons, either the 1/8- or 1/16-note button (step 12 or 13) and Vari 1 or Vari 2. (step 14 or 15). Lift your fingers off the sequencer buttons, then release Inst Play. The rolls will keep playing as long as you are in Inst Play mode.

Next, generate a random pattern by using the Scatter mode on the sequencer. Press the PTN Select button, and press the Scatter On button. Turn the jog wheel on the Scatter button and Press On again to generate a different pattern. Once you find a pattern you like, press the TR-REC button to save the pattern. If you're new to drum programming, a good way to learn new rhythms is to create a random drum pattern using Scatter, then study the pattern by selecting each one of the drum sounds individually (by pressing on the BD, SD, LT, etc. buttons) and taking note (or taking a picture) of the where the drum hits take place. Use this pattern as a basis for starting your groove the next time round! 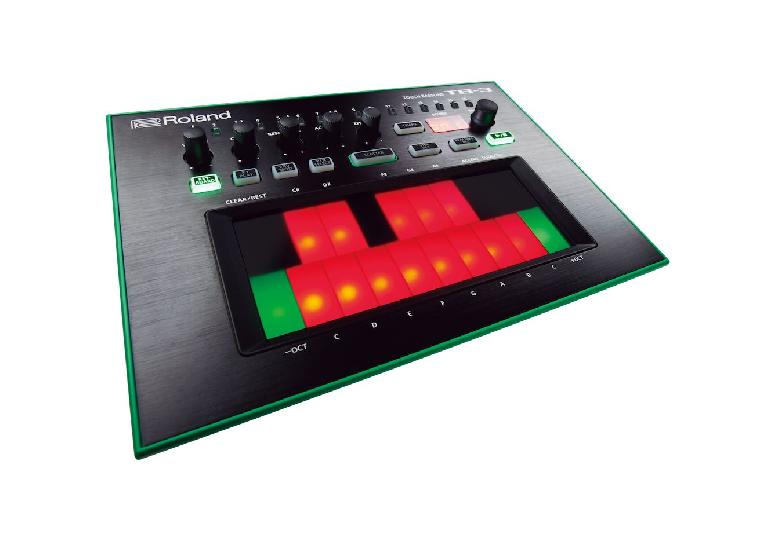 Time to program in a bass line. Make sure USB fader 2 fader on the MX-1 is turned up; press play on the TB-3 to test the sound and level. Bass lines on the TB-3 can be programmed using either Step Recording, or real time recording. If you'd like to read an article on how to program in a bass line using Step Recording, or how to modulate the bass to give it a characteristic 'acid' sound, refer to this article: https://ask.audio/articles/how-to-make-an-acid-house-jam-with-roland-aira-tb3-and-the-tr8

Clear out a Pattern on the TB-3 by pressing and holding Ptn Select, and pressing on the pattern you'd like to delete. Next press on the Clear/Rest space on the Touch Pad (in the top left-hand corner of the touch screen) while continuing to hold the patterns. The letters Clr will appear in the screen. Jam out a bass line by using the keyboard on the Touch Screen. Once you've created something you want to record, enter into real time record mode by pressing Realtime Rec, and press Play to record a bass line. Press Start/Stop on the MX-1 to play the TR-8 and TB-3 together. 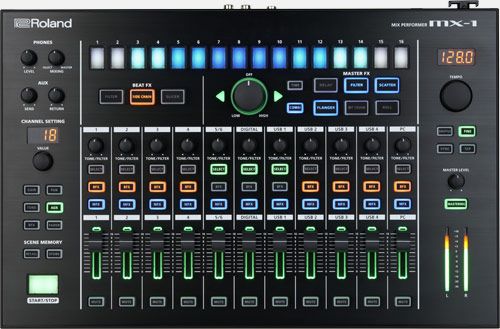 Spice up your techno jam by adding Beat Effects or Master FX with the MX-1. If you are lucky enough to have a Roland VT-3, you can also use the VT-3 to transform a simple vocal line into a hook for a techno track. Something as simple as a two-syllable word can sound really good with the right groove.

Roland's AIRA series is perfect for creating techno tracks and it's easier than you think to begin programming rhythms and bass lines using these two machines. Once you've got an idea started, record both the TR-8 and TB-3 into your DAW, or save the ideas on the machines to use in your next live performance. I think you'll have many happy hours creating techno with the AIRA line!