All Articles Audio Hardware
How to Make an Acid House Jam with Roland AIRA TB-3 and the TR-8
Sara Simms on Fri, December 18th 2 comments
Language
The Roland AIRA TR-8 and TB-3 demand to be played, tweaked and performed with. In this tutorial for beginner users, Sara Simms shows how to create an Acid House beat and bassline using these machines.

Acid house is a genre that's come back in style and is gaining popularity worldwide. Equipment produced by Roland, including the Roland TB-303 and the TR-808 helped producers to create the acid house genre in the late eighties. Roland has recently launched their AIRA line, and the AIRA TR-8 and ARIA TB-3 are perfectly suited for creating acid house tracks. Ready to learn how to create some acid of your own? Here's a guide on how to make an acid house jam using these two great machines.

If you're not overly familiar with the genre, you may want to check out some classic acid house records like Phuture - Acid Tracks, Armando – 151, and Josh Wink – A Higher State Of Consciousness for inspiration.

Basslines on the TB-3 can be programmed using either Step Recording, or real time recording. If you'd like to try programming a bassline using Step Record, Press Step Rec on the TB-3. 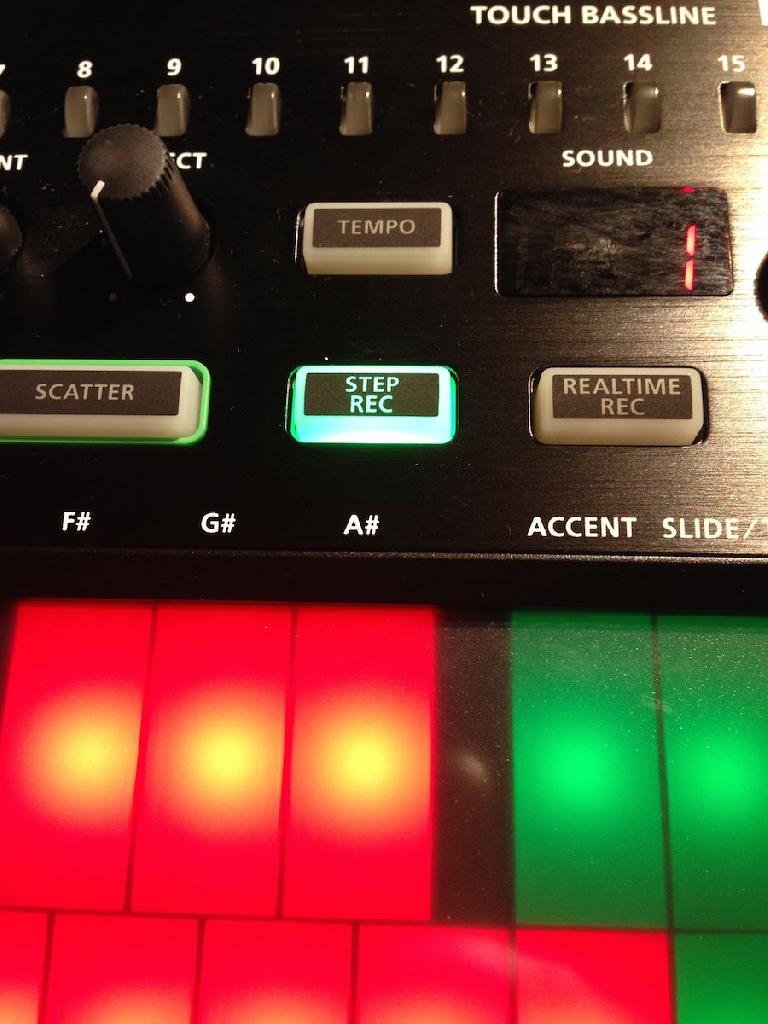 Play the corresponding key on the keyboard to input the note; the TB-3 will automatically move forward to the next step. To leave a blank space, use the Clear/Rest button to move onto the next step. 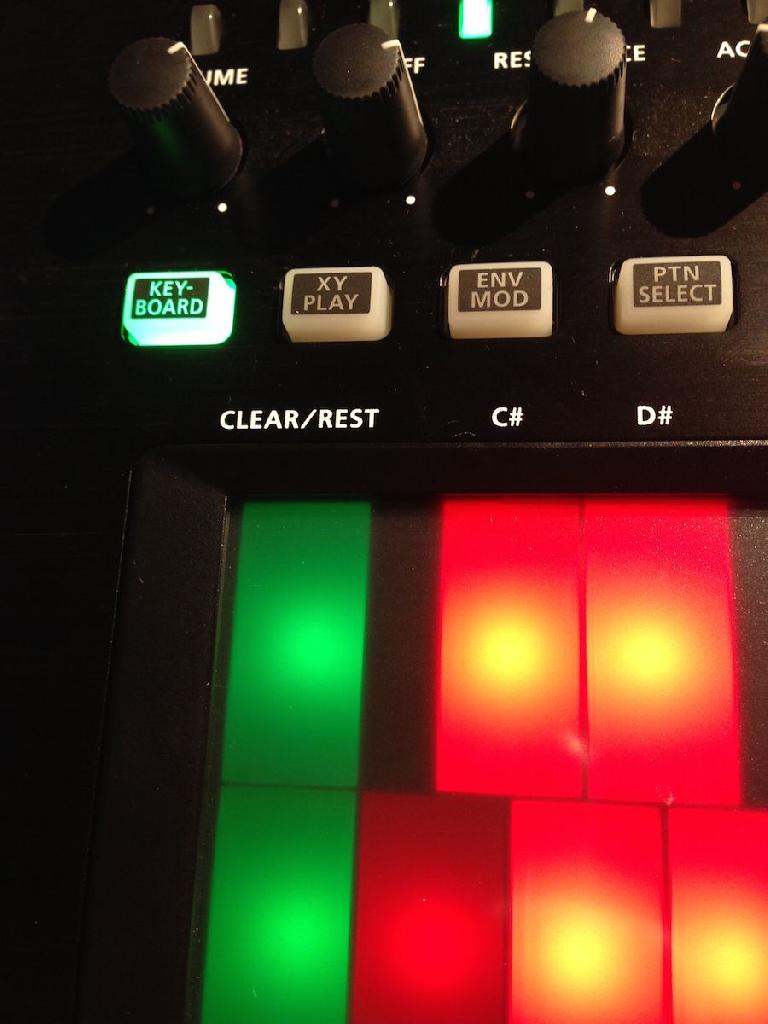 By default, the TB-3 is set to 16 steps; since we're just getting started work with sixteen steps for now. Use the Plus and Minus buttons on either side of the TB-3 to change octaves.

Here's a very simple acid bass line you can try programming using Step Record. Play the notes on the keyboard to input the note values.

Press play on the TB-3 and check out your bassline. If you want to change any notes, use the Value knob to scroll forwards or backwards and input different values using the keyboard. You can also use the Slide/Tie button to tie notes together. 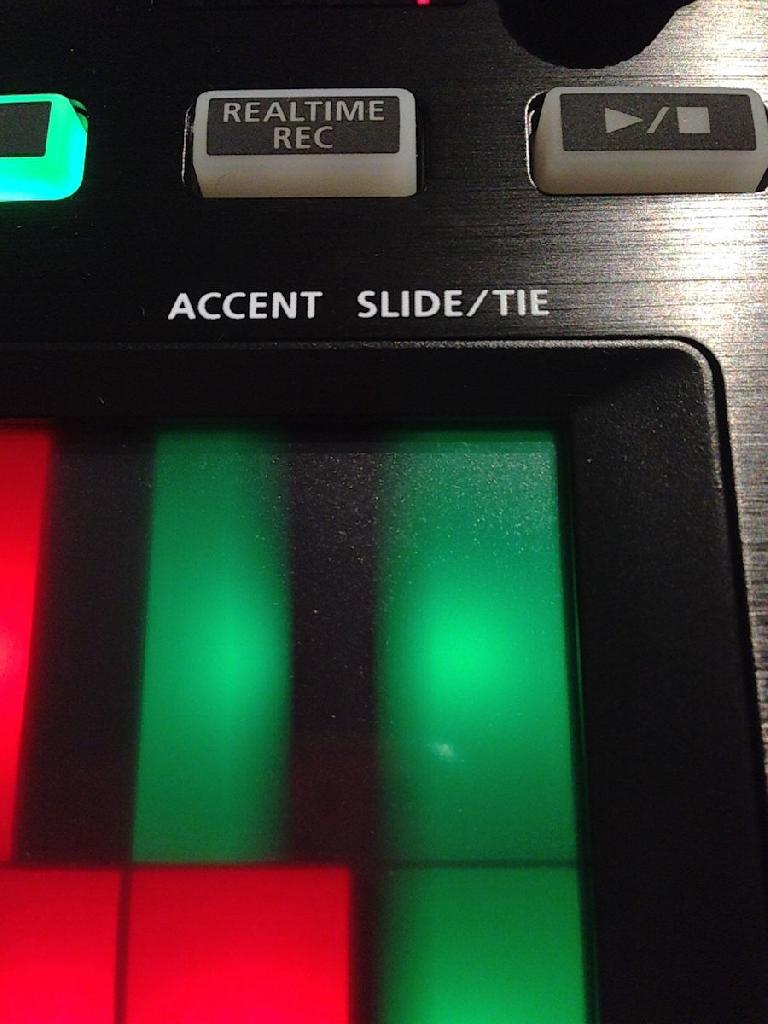 If you want to change the sound, press the key-board, XY play or Env Mod to display the sound. Bank A is made up of TB-303 sounds, and Bank B is bass sounds. 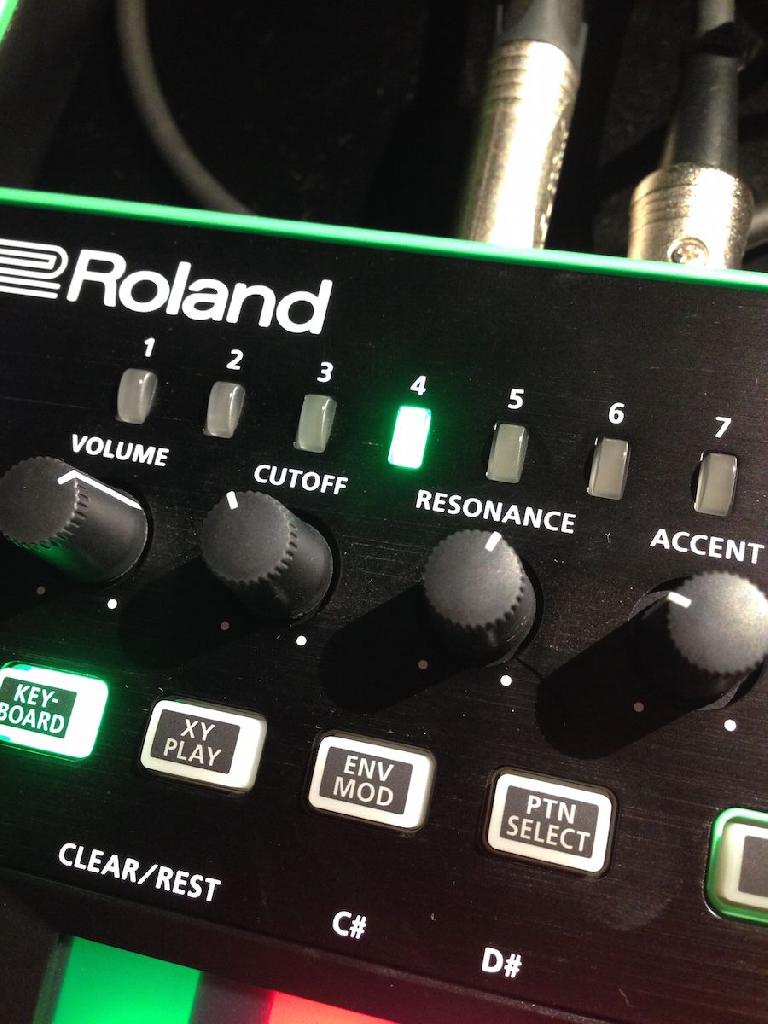 Next its time to program a simple house beat on the TR-8.

Start out by pressing TR-Rec, and click on the Bass Drum (BD) button. On the steps, touch the buttons 1, 5, 9 and 13 to program in your kicks. 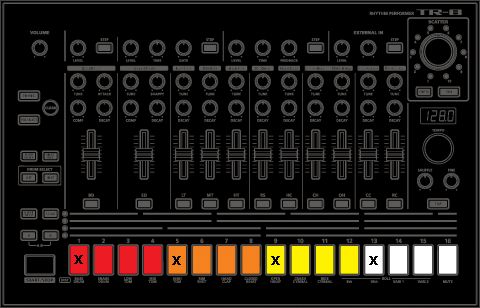 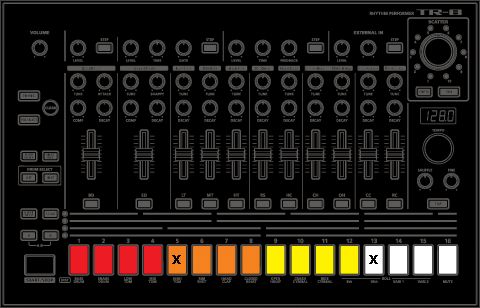 Add a layer to the snare pattern by pressing the HandClap button (HC) and programming in hand claps on the same steps as the snare, 5 and 13. This will help to give the snare sound extra character. 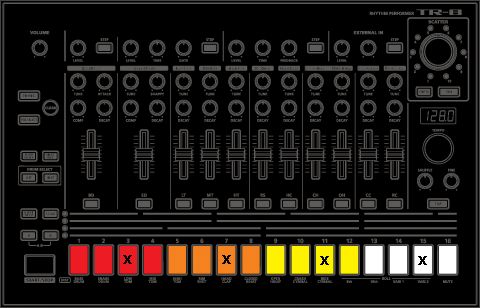 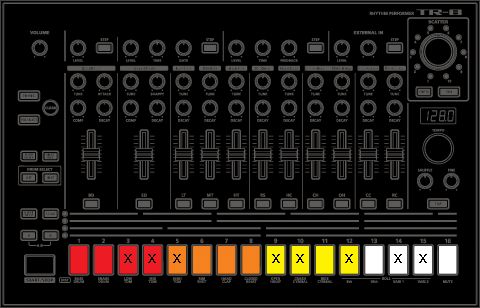 Program in a ride cymbal by clicking on RideCymbal (RC) and selecting the steps you'd like the ride to play on. For my pattern, I've programmed in the rides on beats 3, 8, 10, 13 & 15. 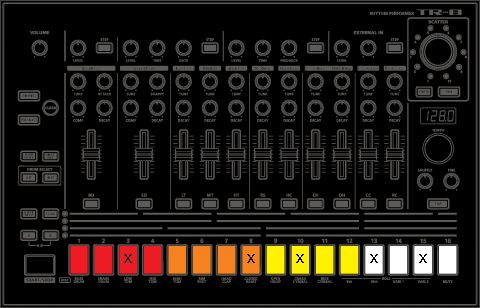 You may want to add in a crash cymbal for use later on in the track. Although you may not use the crash cymbal throughout the whole track, its useful to have one on hand. Click the CrashCymbal button and select the steps where you'd like to have crash cymbal play. I've programmed in the crashes on beats 11 and 15. 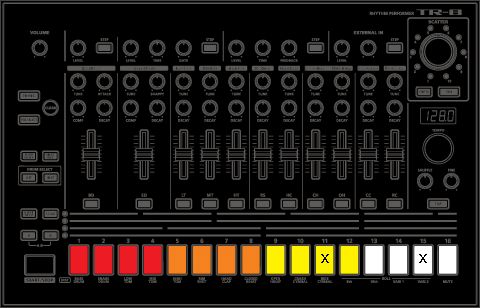 Once you've got all the drums in place, fine tune the drums by using the tune and decay parameters on the Roland TR-8. The kick is going to sound best when its tuned to the bass. Mix the level of each drum by adjusting the linear volume control until you have a sound you're happy with.

Reverb or delay can be added to individual steps, or to groups of drum sounds on the TR-8. To add Reverb to a particular step, select the Step button located in that section and then select the steps you want to be effected with the reverb. If you'd like to send reverb to a particular drum hit (e.g., the snare) in the drum select section, select kit, hold down the 'step' button and turn off any instruments you do not want to be effected.

Here's what the full acid jam should sound like:

The next step is to record the bass line and drums into your DAW, so you can turn your jam into a full track. You can also make a great video for YouTube or for your social media. Enjoy your new acid sounds and have fun tweaking the AIRA TR-8 and TB-3!

Sara Simms
Sara Simms captivates the world as an innovative musician, DJ, turntablist and electronic music producer. She's a multi-instrumentalist who's known for her love of music technology. Sara makes her mark in the music community by crafting diverse sets with styles ranging from pulsating techno to house. She balances technical skills with a refined musical sensibility and her approach to DJing focuses on improvisation through multi-deck mixing. Her passion for music has led her to tour through North America, Japan and Europe. Recently, she's played sets for Allen and Heath's live broadcast at the Amsterdam Dance Event, on Detroit's 313.FM and on Toronto's CTRL Room. Sara has an intriguing background as a jazz guitarist turned turntablist. She's competed in DJ battles in both Canada and the US, and was a runner in up the 'Scratch' â€“ The Ultimate DJ Contest. Sara's DJ career began in Toronto with residencies at venues like This Is London, The Courthouse and The Ritz-Carlton. She's now focused on studio work and has founded her own label, Simmetry Sounds to release productions and collaborations. As an artist who stays on the cutting edge of new technologies, Sara has worked together with brands like Arturia, Casio, Fender, Genelec, Pioneer DJ, Mixed in Key, Moog Music Inc, Native Instruments and Roland. As a DJ, Sara has played events for legendary brands like Dior, Guess, M.A.C. Cosmetics, Victoria's Secret and Volvo. Sara's career highlights include: playing at Ultra Music Festival in Miami, opening for the Friendly Fires in Cannes, France, appearing on DJ QBert's 'Skratch University', a US tour with Melleefresh (Play Records), judging the Canadian DMC Championships, playing at AIR (Tokyo), W Hotel (Miami and Seattle) and performing at Pride Toronto.
Related Videos
Comments (2)