All Articles Audio Hardware
Programming a Keyboard: The First 5 Steps
Matt Vanacoro on Wed, December 2nd 0 comments
Language
A new, or old, synth workstation keyboard can be a little daunting to get your head around... Here's some useful tips on how to program a music keyboard in 5 simple steps.

Hardware synths and keyboards are making a huge comeback. The latest keyboard offerings from Korg, Nord, Yamaha, Roland, and Kurzweil are all incredibly powerful beasts. Learning to make the most out of your purchase and program your own sounds can be an intimidating task, but an extremely rewarding one. Here’s a process I go through any time I buy (or am asked to review/test) a new keyboard from one of the ‘big boys’.

Step One - Play the Presets

As much as I can’t wait to ‘stretch out’ everything that a new keyboard can do, I try to remind myself to play through the presets and get a thorough idea of what the folks at the factory know the keyboard can do. Jack Hotop, Dave Weiser, and Erik Norlander all have forgotten more about programming keyboards than we can ever hope to learn. Studying what these guys do for the various instrument companies to demonstrate the capacity of their products will help you understand the power that is at your fingertips. No matter how much you may think you know your keyboard, I promise you that these guys know it better. Listen to what they did first, then get your feet wet with your own programming. 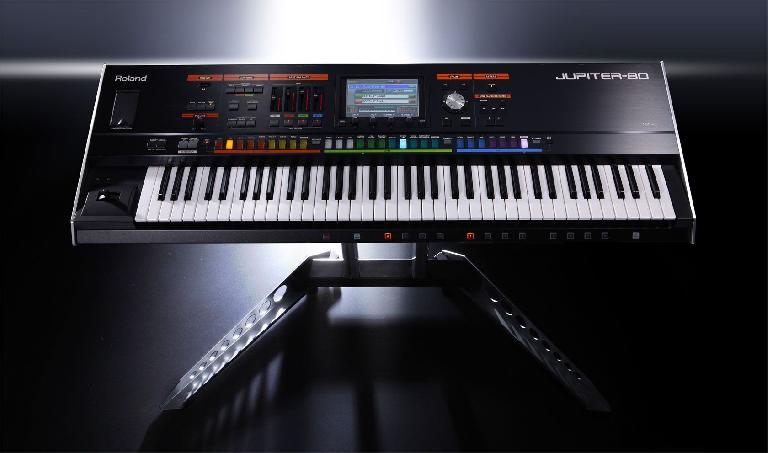 Knowing what the various elements that make up a sound are called on your particular model will only help you down the road. You don’t want to confuse a sample with a patch, or a preset with a program. It’s not just in the manual that this nomenclature is used. Keyboards have large screens and display a lot of data in natural language these days. Knowing what the smallest element of a sound is all the way up to the largest combination or layer is incredibly important and shouldn’t be glossed over. Learn what your keyboard calls these elements, you’ll thank me later.

Most modern workstations have many ways to make sound. Some of them model classic analog gear. Some of them simply play back samples. Many workstations offer a ‘hybrid’ of these approaches by offering sample playback combined with physical modeling of a specific type of instrument which is tuned for realism. Knowing what sound engines your keyboard uses to generate sound will help you select the right one for the tone you are trying to create.

After you’ve got an idea of the vocabulary and perhaps ‘tweaked’ a factory patch or two, it’s time to jump in and create your first sound. You can start by altering a factory patch that has little to no effects or routing on it, or (if you’re lucky enough to have a keyboard which supports this) create a blank sound from scratch. Think about signal flow when you do this. Start with your sound source, think ‘what about this sound would I change’ and then try to select the tool which best answers your question. Keeping it simple and only changing what you’re comfortable changing will also help you keep your sanity.

Once you’ve tried your hand at altering or creating a single, simple patch, it’s time to give layering and splitting a spin. If your workstation has a combination, layer, or multi mode then engage it and start layering in some sounds. See what happens when you combine 2 patches together. Think about your end goal—always ask yourself, “What am I trying to create?” It will help keep you ‘on task’ and avoid getting lost in the rabbit hole of tweaking (we’ve all been there!).