After spending a week with it, I can verify that Antelope Audio’s Goliath is aptly named. Whether you do or don’t love Antelope’s offerings, it’s tough to find an audio interface that offers this much connectivity and the sheer number of inputs and outputs of the Goliath. It’s big, it’s bold, and it’s in my studio right now. Here’s what’s up...

Watch our video overview of the Antelope Audio Goliath here:

The Goliath looks and feels pro in every way. The chassis is a beautiful silver, the touch screen is high resolution, and the rotary knobs all feel incredibly sturdy and solid. Even the back of this thing feels incredibly designed. Nothing feels ‘cramped together’ and you definitely won’t be cursing as you bend your wrist to a weird angle to get things plugged in. They call it a Goliath, and they mean it.

The Ins and Outs

Where do I even begin? OK, you’ve got 16 XLR / quarter inch combo inputs. If that’s not enough analog, you’ve also got a D-Sub that will bring in another 16 analog inputs. Still not enough? How about four more analog inputs designed specifically for Hi-Z guitar level inputs? You can also bring in 16 channels of ADAT optical digitally, another 16 channels of MADI, AES/EBU, and S/PDIF as well. Whew! You’ve got a single pair of 1/4” TRS monitor outputs, dual word clock in and out, and finally  two ‘reamp’ outputs to send Hi-Z signals out to a guitar amp. Oh, and two TRS inserts, just in case!

On the computer side, you can connect the Goliath via Thunderbolt or USB2 - which I totally appreciate. It makes it easy to take the Goliath with you and hook up to just about any computer. You can also control the Goliath with an iOS app, and it totally works. You can do a lot from the front panel, but the software is extremely comprehensive. Zero latency monitor mixing is a reality here, and you can make four custom mixes. The effects included with Goliath are all free and are absolutely top notch. From BAE style EQs to FET compressors, all of the effects are included and there are more being added all the time.

Having reviewed the Orion and the Zen Tour, I kind of knew what to expect from the Goliath, and I wasn’t disappointed. The A/D conversion of Antelope products is well known throughout the industry, and the Goliath is the shining example of this. The preamps sound open, with an absolute TON of headroom available. Tracks I recorded with the Goliath just seemed to sparkle, and the noise floor was virtually nonexistent.

The Goliath packs an absolute ton of power into it’s beast of a (2 rack unit) chassis. There is enough I/O here to record a huge musical ensemble, and there is enough power packed into the unit to manage it all without a hitch.

Cons: I’d like some alt monitor outputs without having to go to the D-Sub connectors. 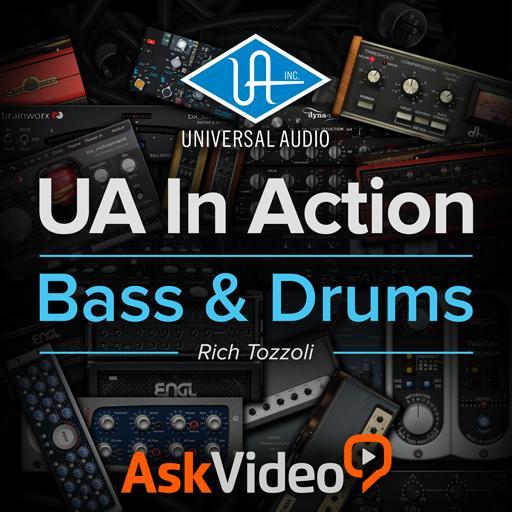