All Articles Review
Review: Blackstar FLY 3 Watt Mini Amp
Sara Simms on Wed, September 2nd 0 comments
Language
Smaller than your average cat, the Blackstar FLY 3 mini amp is designed to be highly portable but also packs a punch in terms of sound. Sara Simms takes one out and about to give it a thorough test. 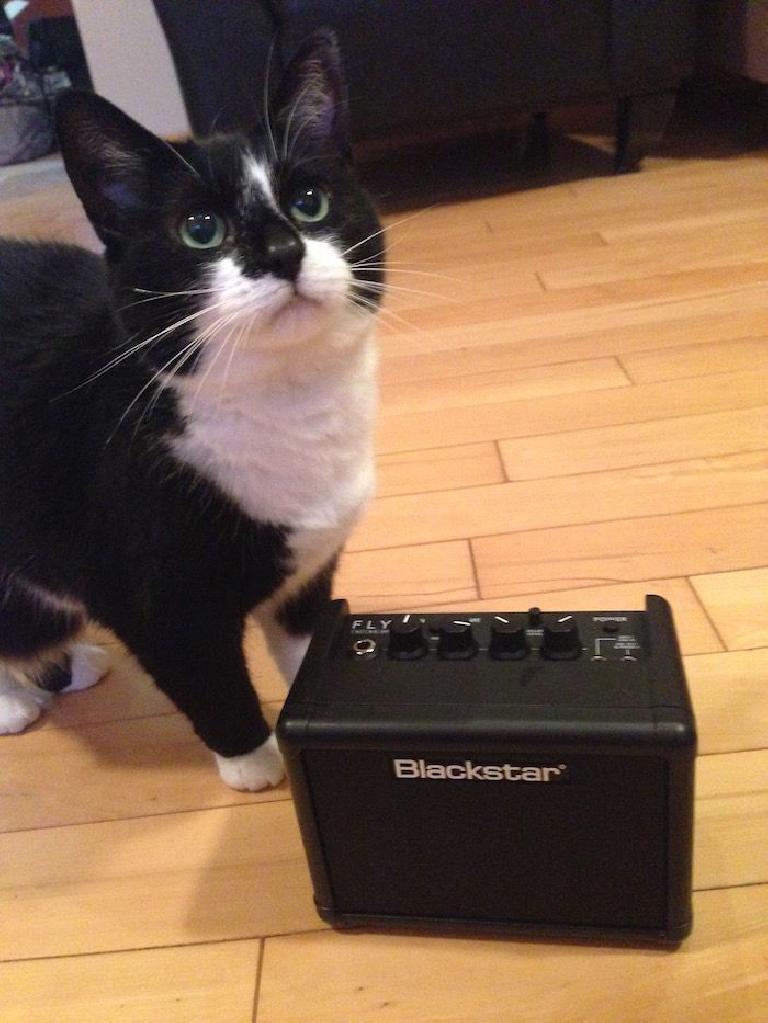 No, it's not a giant cat... the Blackstar FLY 3 Watt Mini Amp is that small!

The FLY 3 Watt Mini Amp is a portable mini-amp for guitarists. It combines together two channels, Blackstar's Infinite Shape Feature (ISF) for easy EQing and a tape delay. Although the amp looks great, I wasn't sure that an amp so small would be able to produce a big sound. I gave it a test drive along with another guitarist friend of mine to test the limits of the FLY 3. 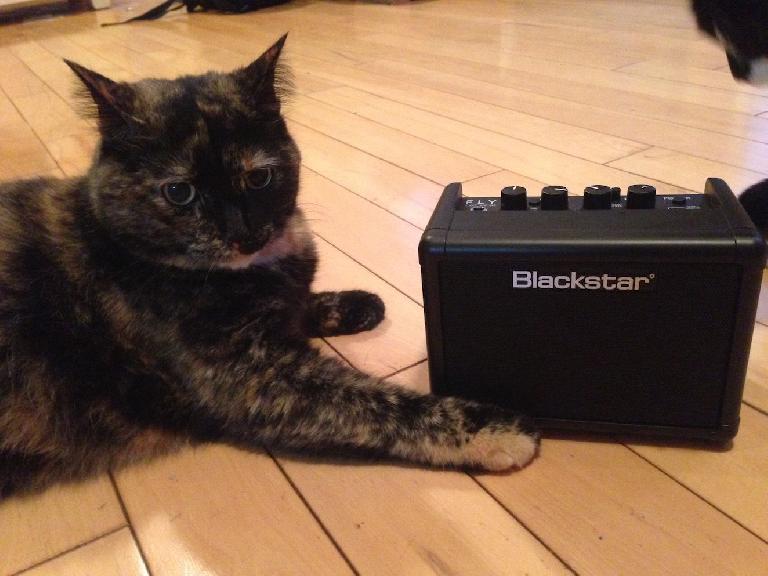 The FLY 3 is a tiny, compact amp with classic Blackstar good looks. The FLY 3 comes with one amp and one speaker. The speaker can be connected to the amp for a 6 W stereo setup.

The amp features Gain and Volume knobs and an Overdrive channel. The top of the amp also features Blackstar's Infinite Shape Feature (ISF), which is an EQ control that allows guitarists to blend between a US and UK sound. One thoughtful feature is the Delay, which has controls for the Delay level and time.

Put to the Grind

I was surprised by how much volume this amp was able to produce and the overall sound quality on both channels. The tone quality sounded phat and surprisingly powerful coming from such a small amp. My guitarist Xander and I tried out the clean and overdrive channels and liked the tone qualities we heard from both of them. The Delay is really an added bonus to have on the amp and sounded great when we mixed a little of this in.

Here are a couple of demos by guitarist Xander: 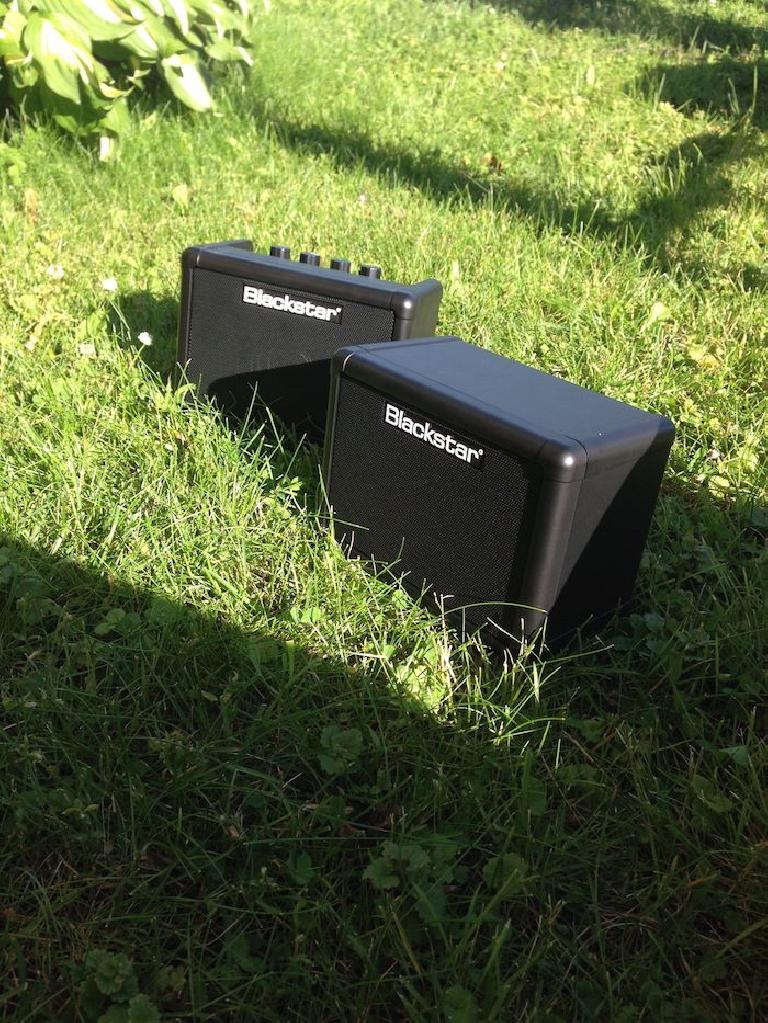 The Blackstar FLY 3 Watt Mini Amp is perfect for jamming in your backyard.

The FLY 3 can be powered by batteries, or by the traditional Blackstar power supply. It takes six AA batteries and this feature makes the FLY 3 a really cool, take-anywhere amp. Its portability makes jamming anywhere easy and it's perfect for backyard or beachside jam sessions. Blackstar does recommended guitarists to use rechargeable batteries, which I would encourage musicians to use too. When you don't want to use the amp outside, save battery power and use the included AC supply.

The FLY 3 has an MP3 input, which is useful for guitarists as it allows you to plug in an mp3 player or a phone and play backing tracks while you practice. There's also an 1/8” output on the amp that can be plugged into a mixer or PA system, or used as a headphone output for practicing.

This is a great little amp that's fully capable of producing big tones. It's small, cute and portable and has remarkably good sound quality for its size. The Delay adds an extra 'little something' to practice sessions and when you're not practicing, the amp and speakers could be used as a home stereo system. I highly recommended the FLY 3 for guitarists who are looking for a killer portable practice amp.

Cons: I would prefer a three band EQ on my guitar amp, rather than the ISF EQ knob. Granted, on an amp this small it would challenging to fit a three band EQ onto the top panel. It would have been nice to have a small carrying handle on the FLY 3 so it could be transported a little more easily. Other than that, I've got more compliments than complaints!