All Articles Review
Review: iRig Pro Duo I/O
Hollin Jones on Mon, April 20th 0 comments
IK's new iRig Pro Duo IO lets you hook up your studio to whatever platform or device you use. Hollin Jones took it on the road'¦

iRig Pro Duo I/O is IK’s latest hardware for anyone needing to make music on the move, or who just needs a straightforward setup. The look and build are familiar - lightweight but sturdy, and it can run off 2x AA batteries, bus power or an optional PSU. Compatibility is wide, with Mac, PC, iOS and Android supported. In the box you get Lightning, USB and USB-C to Mini DIN cables as well as two mini MIDI cables to let you connect MIDI hardware and send MIDI in and out. 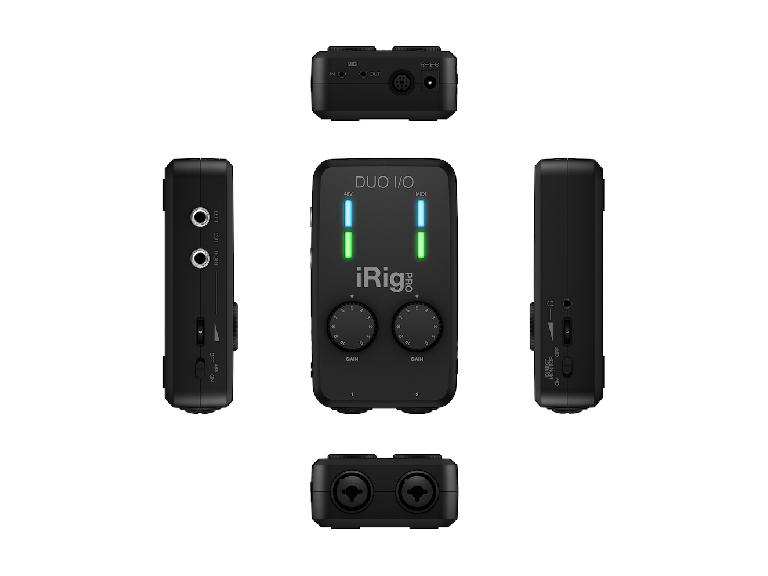 Audio inputs are 2x XLR / jack combo ports with phantom power, and gain controls and LED level meters on the front face. On the side is a mini headphone out jack with volume control as well as a direct monitoring switch which is a nice touch in a unit this compact. Two balanced 1/4 inch jack outputs mean connecting proper speakers for monitoring is not a problem. Battery life varies depending on load and battery type, with more on this on the website. Ideally you’ll probably be bus-powering. Recording - at 24-bit and up to 48kHz - is via class-A preamps with a gain range of 50dB and a response of 20Hz to 20 kHz and low noise. Test recordings were really clear, and noise not an issue at regular gain levels. Latency was also negligible. 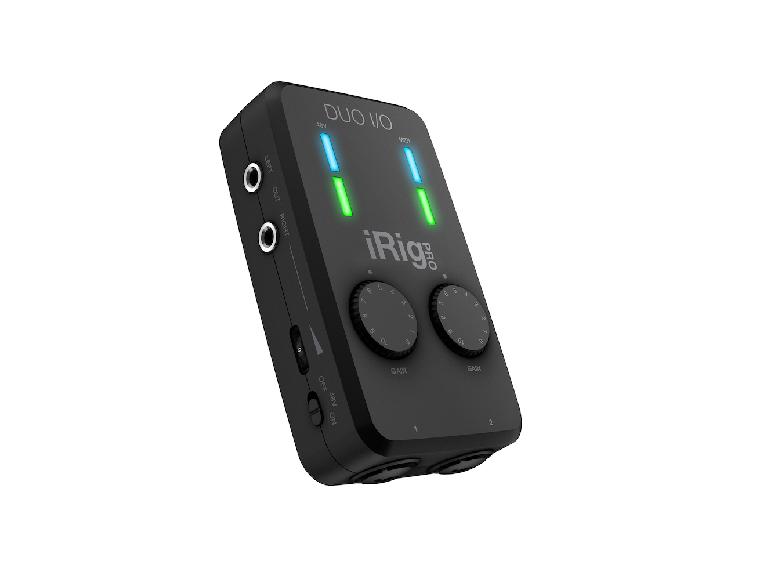 The use cases for this model are pretty wide. You might be recording on a computer but only need a couple of channels at any given time, and also triggering an external MIDI instrument. More interestingly, hooked up to an iPad or iPhone it provides an all-in-one solution for recording sound, monitoring and dealing with MIDI. IK is keen to push not only the music side of this unit but also its versatility with things like podcasting and sound for video, perhaps hooked up to a DSLR.

It works with basically any app of course, but IK also provides some extra goodies, as it almost always does with its hardware. For the desktop you get Amplitube 4, 9 T-RackS processors and Sampletank 4 SE. For iOS there’s Amplitube, VocalLive, iRig Recorder, Mic Room with a sound pack and an unlock for Sampletank iOS. Combined with a DAW on the desktop or on iOS, that’s a really decent bundle of sounds and processors to get you making music. 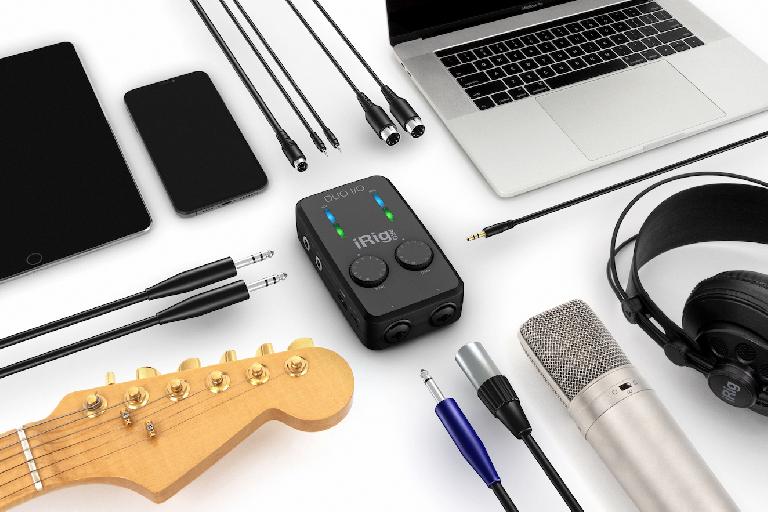 Portable audio / MIDI interfaces don’t come much more handy than this. It’s lightweight with a range of connectivity and power options and covers all the bases for straightforward I/O for sound and MIDI recording, and the software bundle is a nice addition. There’s quite a lot of competition at this price point and some might feel the price is a little high, but nonetheless it’s a solid and ultra-portable workhorse interface.

Cons: Price may be a little high for some.