All Articles Review
Review: KingKorg
G.W. Childs IV on Thu, September 21st 2 comments
If you hadn't heard of the KingKorg, you're probably not alone. But could this somewhat under-the-radar live performance synth actually be the instrument that performers have been looking for?

One of the things that I love about Korg is that they have so many products coming out on such a regular basis that products can sometimes slip past the radar. In fact, I kind of think they like it that way, as it can allow some products to grow organically. KingKorg is an item that I hadn’t heard much mention of. And as a user of one, I was kind of shocked, as it’s really cool. In this review, I’d like to tell you why I really like KingKorg. 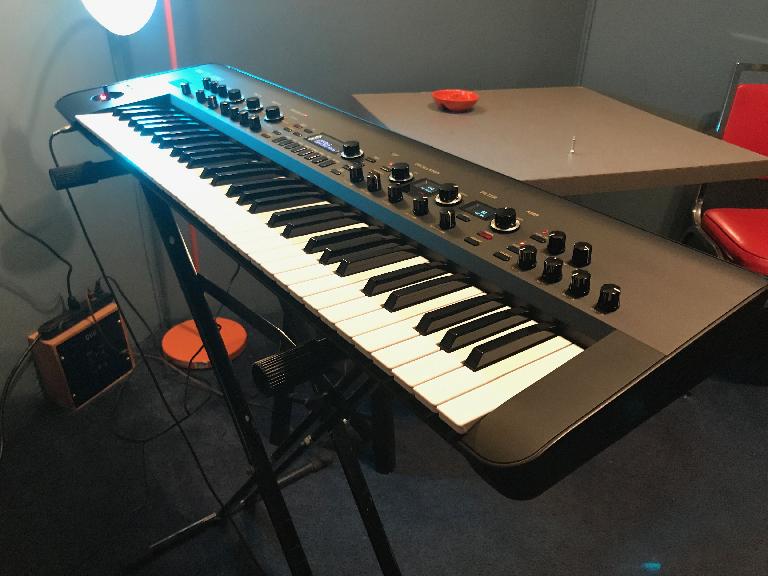 Yeah, a 32 lb Minimoog sure looks cool in the studio. But lugging that thing around to a show is both heavy, and you may risk banging up that pretty wood exterior. This is the mindset behind KingKorg, a light, full sized keyboard that’s both a serious lead instrument while being simple enough that you’re not looking through the manual at every show. Not only is there a very serious modeling synth growling under the engine (up to 3 oscillators per patch, virtual patching that lets you change the modulation routings, modeled filters of many classic synths). There is a vacuum tube driver (a literal tube is in the keyboard) to add some serious meat and potatoes to your tones.

There is also  a CV/Gate Out, a sweet arp, and an included software editor. While this may seem like a silly perk, trust me, stage bling is good - it looks really cool on stage and that’s exactly where it’s intended to exist. Korg designed a synth that is light, portable and gives you the effects you would need in the studio, on the road. 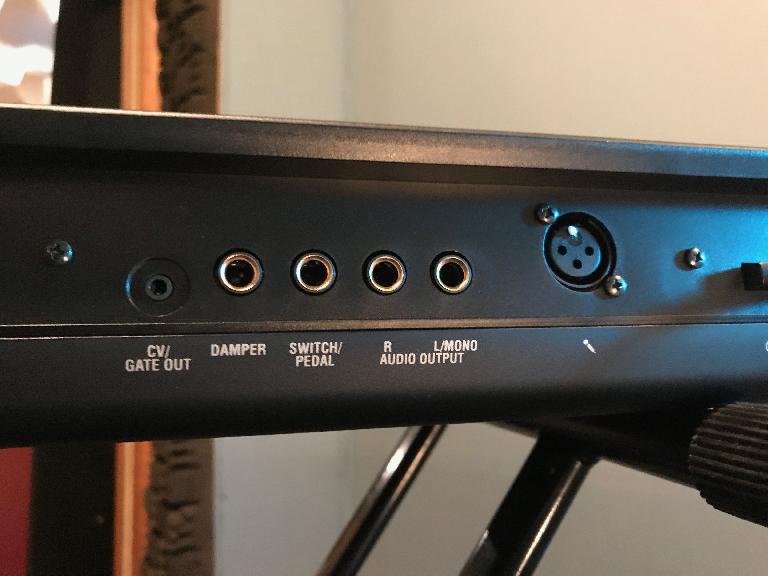 You’d be surprised to know that the vocoder on KingKorg is not just a tacked on feature. In fact, they give you quite a bit of control over how the vocoder operates, via internal menus and through the physical Envelope Generator ADSR knobs and Filter section. Being able to supplement the 16 band vocoder with the analog warmth of the vacuum tube brings a vocoder that is both memorable and helpful in one other manner. Because Korg added an XLR input, you never have to worry about forgetting a 1/4” to XLR cable to plug in your mic, which tends to be the case with many built-in vocoders.  Or even worse, being stuck with a low budget microKorg mic. 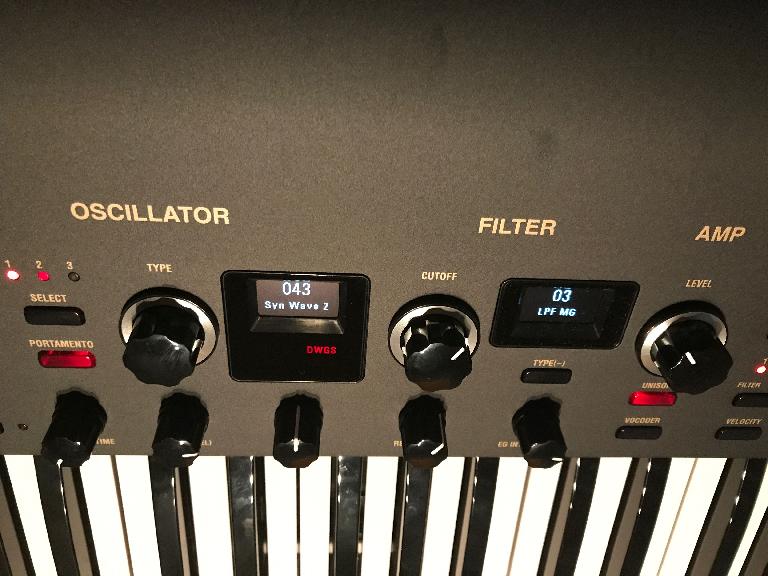 One thing that really blew me away with KingKorg is how intuitive it is for getting a certain sound, quickly. Everything is really at your finger tips. Pressing a section’s button or turning a knob puts focus on that section in the editor. The exterior knobs take a big chunk of the editing time down. But, there’s always additional tweaks in the menu. Because the three main effects sections are also right there as knobs, it’s very easy to change the polyphony, boost the saturation both digitally and via analog and switch out the filter (maybe go from an Oberheim filter model to a Prophet?). It’s the ultimate virtual guitar, with every effect ever, turned to a synthesizer. 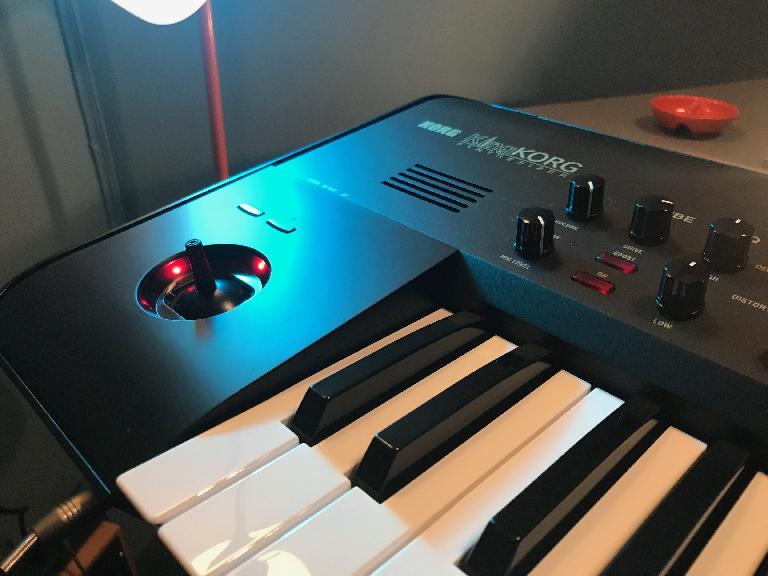 KingKorg is one of the most in-depth live synths I’ve ever had the pleasure of working with. You can tell the design team really spent some time thinking about what a live keyboardist in the current music climate might enjoy, and then took it that much further. I really have a feeling that this will be a synth that might make a comeback several years down the road. It has several features like XLR-fed vocoder, tube warmth and a serious internal synth engine that are really easy to rely on. And with the weight and dimensions, you can take this from party, to gig, to party and never break a sweat.

Cons: No CV sync in, or Sync out for Volcas.