All Articles Review
Review: Korg Nano 2 MIDI Controllers
G.W. Childs IV on Tue, October 9th 0 comments
Korg's nanoSERIES 2 brings a fresh look to the lineup of nanoKEY2, nanoPAD2 and nanoKONTROL2. And as well as looking great they're feature packed too. Here's what G.W Childs made of them.

I just got my commemorative, limited edition set of Nano 2 series controllers from Korg in the mail and I couldn’t be more excited. I’ve used these tiny MIDI controllers for years and really like them. Let's dive in to what the nanoKey 2 is all about. 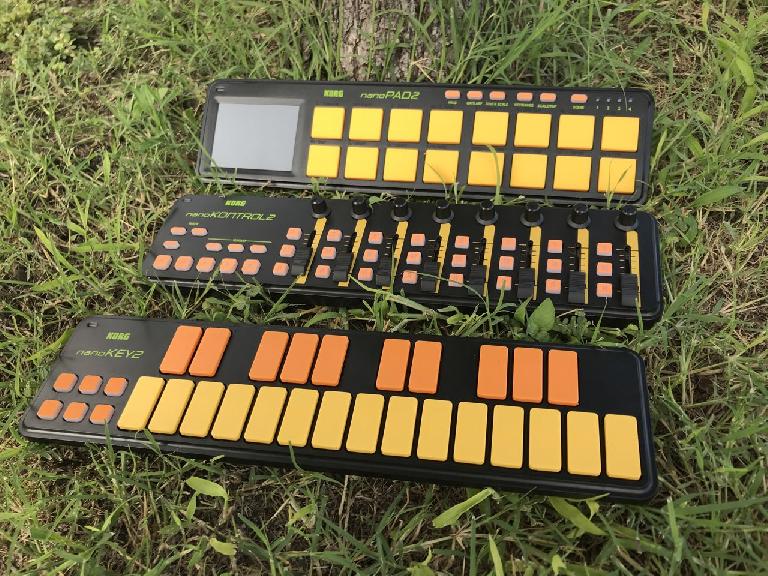 The nanoKEY was a major shift for me when I first got it. I loved being able to carry a tiny keyboard with me in my backpack. I also liked the size and shape of the keys as my fingers settled in nicely which allowed me to create some very memorable performances. The only thing I didn’t really care for, and what kept me from ever using my nanoKEY on stage was that I do not like using solid black keyboards on dimly-lit stages. It’s disorienting to me, especially when I forget something and just need to go back to basics. It happens! 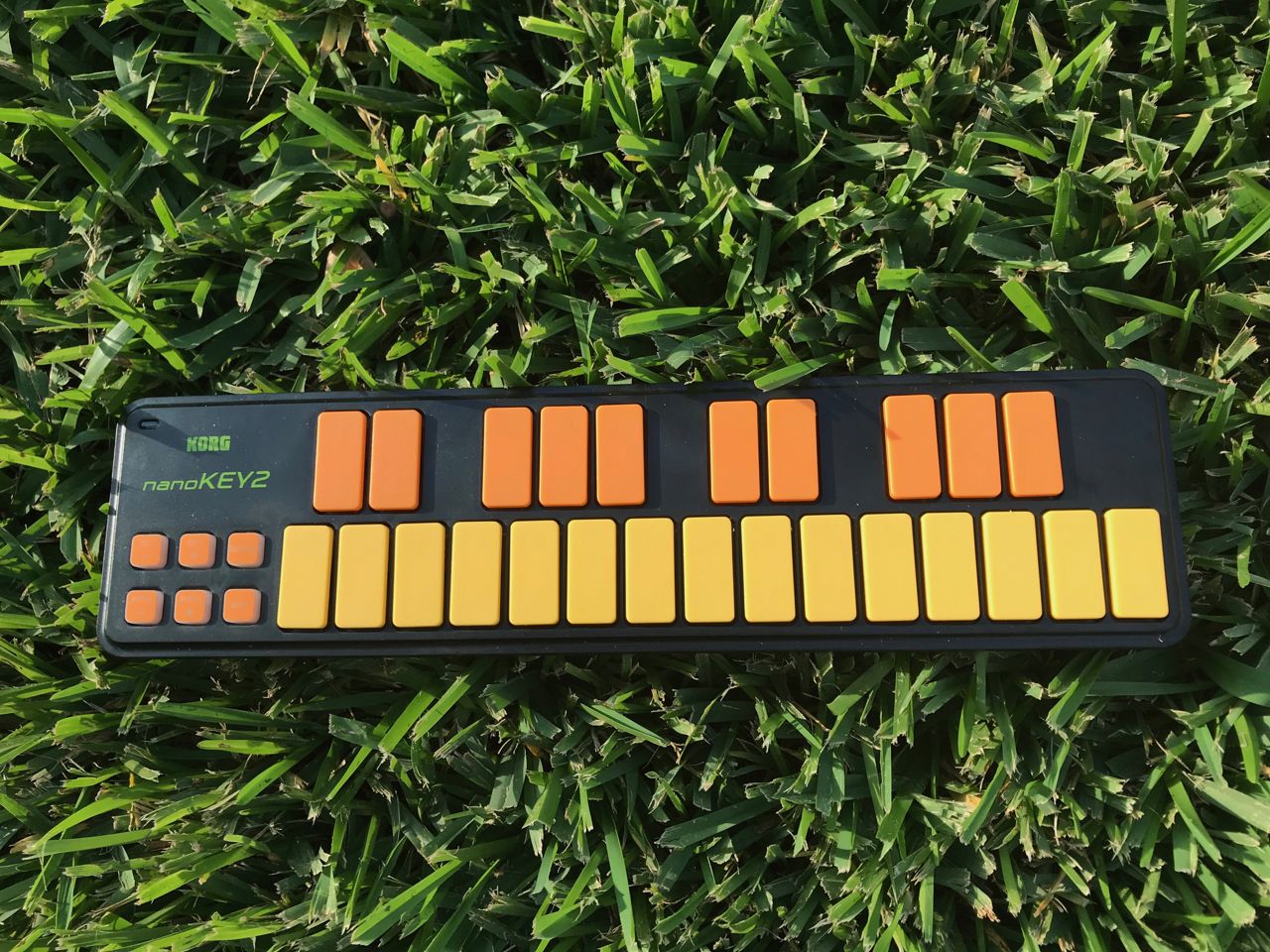 I love the color scheme of the nanoKEY 2 series. The orange keys are easy to see in any kind of environment even though they are not backlit. And if I were to be honest I think the color influences my mood and creativity! Black isn’t always the most friendly color to work with, in my opinion.

I also love the rounded keys and the additional space between the keys. I had the original nanoKEY and found that it was very easy to pop the keys off. With this new version, the keys feel much more solid and with the rounded edges, much harder to pull off!

My only concern would be the smaller buttons on the left hand side, that include octave buttons, modulation control and sustain. Here, the orange buttons are a little hard to read and I would have preferred black words instead of white, just for easier definition. 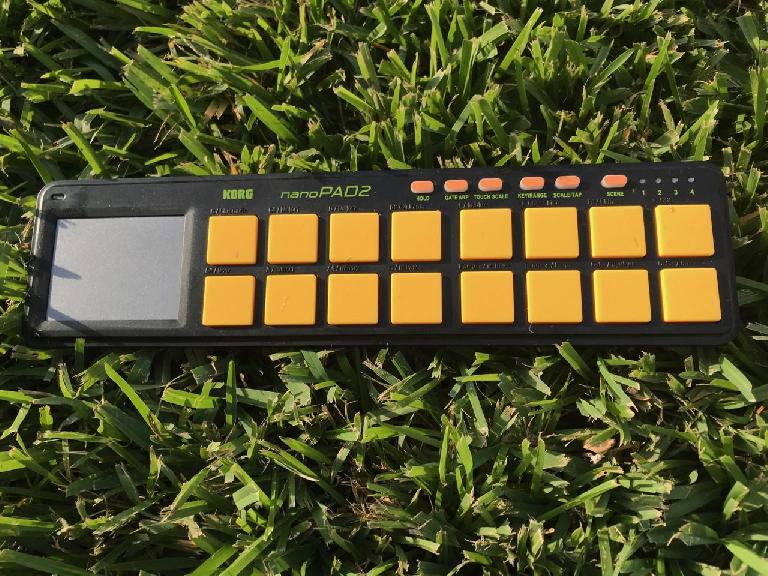 The orange pads of the nanoPAD 2 inspire a vintage feel that wasn’t really there with the black pads. Sadly, the XY pad was left black but this is easily forgiven as it worked amazingly the first time I plugged it in to my phone and used it to control the filter of the Korg Poly app! It’s nice to see things mapped together and working and I greatly appreciated being able to use the different scenes to switch through the octaves when using the nanoPAD 2 to trigger synth keys. 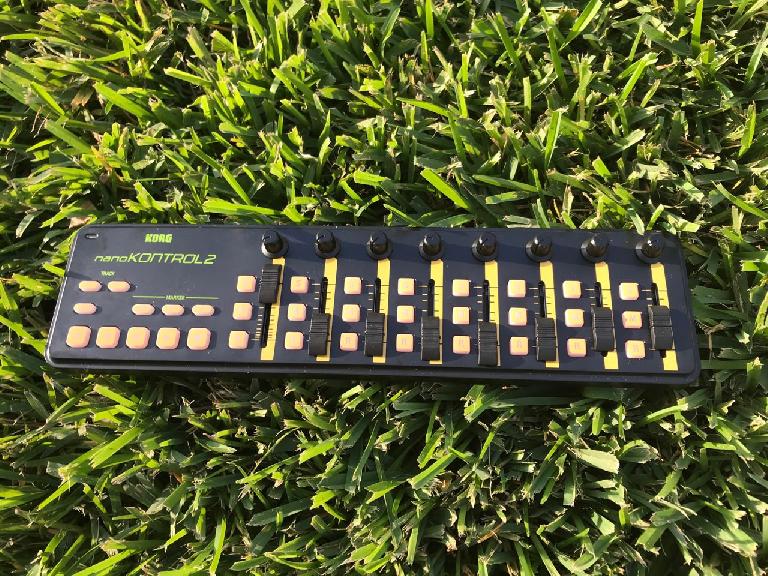 This is the only nano device where I wouldn’t have minded more color. The pots, being solid black, make it difficult to discern in which direction the small hash marks on top are facing if you just need a cursory glance to note what your current setting is. I also wouldn’t have minded orange faders as I find the black faders over the half-orange background a little difficult to read, even at close range. I do like the larger, orange buttons on this particular nano device. Here, it’s really easy to see the larger symbols, as opposed to the tiny words printed on the nanoKEY2 buttons.

I hope Korg continues with new color schemes in the future. In the case of the nano 2 series I like being able to have more visual definition between the different knobs, buttons, keys and faders. I’m not having to constantly bend down and look closely at what button I’m about to push, and I also really enjoy how the color blends with the rest of my gear!

Pros: Brighter, orange color scheme is easier on the eyes and blends well aesthetically with many rigs and environments. 20% discount towards Korg Gadget software included.

Cons: Nothing new is added in terms of new features aside from the orange color scheme.