All Articles Review
Review: PreSonus Eris E8 Active Studio Monitors
G.W. Childs IV on Wed, December 11th 1 comments
Language
What makes a pair of active monitors stand out from the crowd? G. W. Childs IV uses his ears and experience to test drive the PreSonus Eris E8s in his studio. Read on to discover the low-down.

Alright, I was recently given the opportunity to try some monitors other than the ones (Genelecs) that I’ve been using for years. This was almost a little uncomfortable for me, because I don’t like my idea of perfection challenged. I want to believe that when I bought those Genelecs for over 2k, years ago, I would never have to even think about another monitor again. Well, PreSonus really made me question my beliefs with the Eris 8s, or E8s. And, in this review, I’m going to tell you why.

"These speakers are eye candy."

First off, and possibly the least important point, but valid at any rate- These speakers are eye candy. Honestly, when I pulled them out of the box, my Genelecs seemed very dinky. The Eris E8s are pretty big for speakers priced at where they are. And, not only are they a decent size, they have a very slick, matte black finish that will go well in any studio, regardless of the intended aesthetics. They also have a very cool, dimly illuminated PreSonus logo that keeps that bad ass look in your studio going, even when the lights are off. 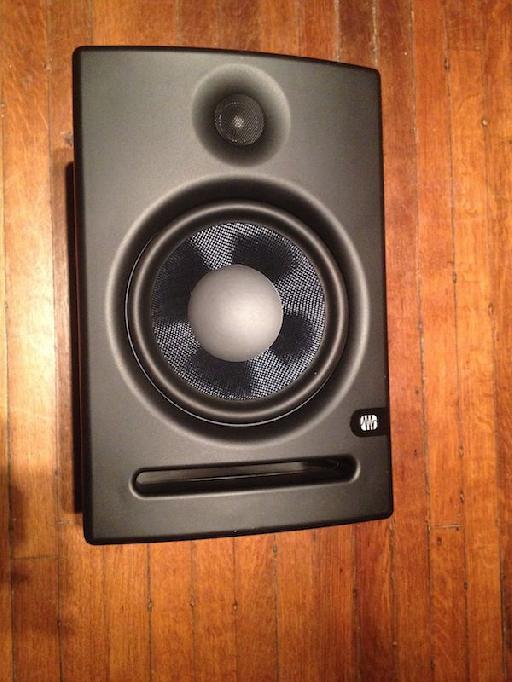 Another thing that I noticed, as I was setting up the Eris E8s, was that these speakers are built solid. The Kevlar cones are safely embedded, the casing feels robust, and it gives a sense that these speakers are going to be around a while. This, again, really caused me to do a double-take, as I knew the street price of these speakers, before I even opened the box. What I took out looked like it should go for much more! It appears to be a very thick, plastic, black casing that, again, really does seem like it’s going to last in your studio for a long time, perhaps even the person that owns the studio, if that makes sense.

So, before I even opened the Eris E8 box, I took some time and really listened to my regular speakers, that I’ve been listening to for years. I played several tracks I’ve mixed myself, and tracks that have been mixed and mastered in a way that I believe are at the top of the list. As always, my Genelecs sounded beautiful, even after 10-15 years. I even thought to myself, “G, I don’t know how these PreSonus speakers are going to stand up to my babies..!”

Guess, what? They did stand up, and then some... 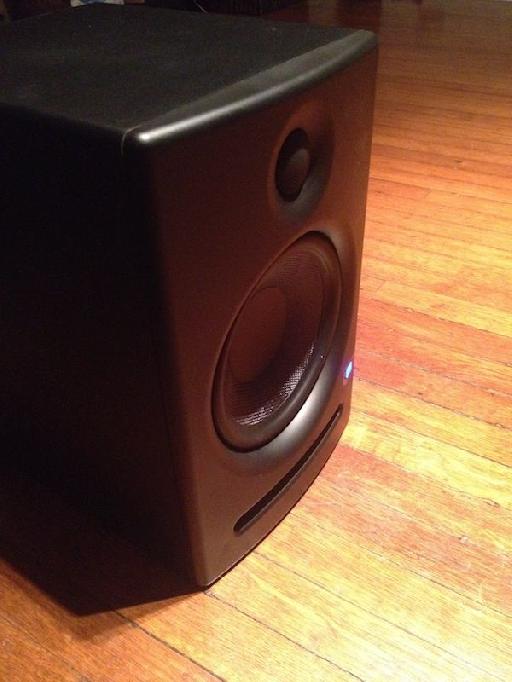 After going through and listening to all the same tracks, doing some mixes and running some of my favorite synths through the Eris 8s... Well, to be honest, I’m really thinking about picking up a pair for a second set of speakers. After spending a few hours listening, and working with the Eris 8s, I was actually shocked to discover how ‘even’ these speakers really are. The imaging that takes place is very, very similar to what I’m used to. Everything is defined and accurate, bass is contained, and precise, not over stated. They really do stand up to my Gennies! This no doubt due, in part, to the 8” Kevlar speakers, as well as the 1.25-inch silk domes.

"Everything is defined and accurate, bass is contained, and precise, not over stated."

Again, PreSonus appear to have out done themselves with another feature. And, out of everyone I queried, no one could tell me of another powered, reference monitor, in this price range, that has User Control features, like the ones available on the E8s. Most of us live in homes, spaces and work in offices that can, and often do influence mixes due to their design and environment. With the User Controls of the Eris E8s, you can actually dial in how the speakers sound within the room using the High Frequency and Mid Frequency Control knobs. Additionally, there is a Low Cut switch with settings for Flat, 80hZ and 100hZ. This is very important for you Trap, Hip-Hop and Dubstep junkies that want to add Sub Bass later on in the mix.

"With the User Controls of the Eris E8s, you can actually dial in how the speakers sound within the room using the High Frequency and Mid Frequency Control knobs."

By the way, for some, modifying the frequency settings of speakers can be a little daunting. Fear not, PreSonus include an extremely user friendly manual that is not only personable, but funny at times. Love the cheap transistor radio reference!

The Eris E8s from PreSonus sound simply amazing for reference monitors going for the price they are going. Not only are they a great ‘first monitor’, but I would even recommend them as a secondary set of monitors. Because they can go all the way down to 35 Hz, you’ve got a speaker that can impress your clients when you need to get loud and show off some bass, or even mix bass. But, when it’s at a regular listening volume, it still sounds precise, and the bass is in no way overstated- a common problem with reference monitors in the same price range. The Eris 8s are really phenomenal reference monitor, not only for the price, but just in regard to reference monitors, in general. 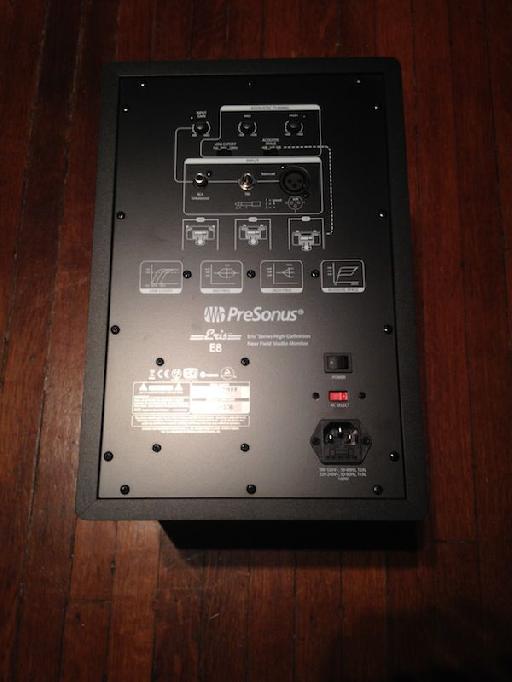 Also, if you’re a DJ that is looking to get in to studio production, you’ll be happy to know that aside from 1/4” and XLR inputs, you’ve got RCA inputs! And, with those User Controls, these might even work in your Grandmother’s attic... Maybe. I’d still get some egg crates.

Crisp, clear sound with extremely accurate imaging for a monitor of this price.

The packaging could be a little more environmentally friendly. Perhaps shipping boxes made of recycled cardboard? 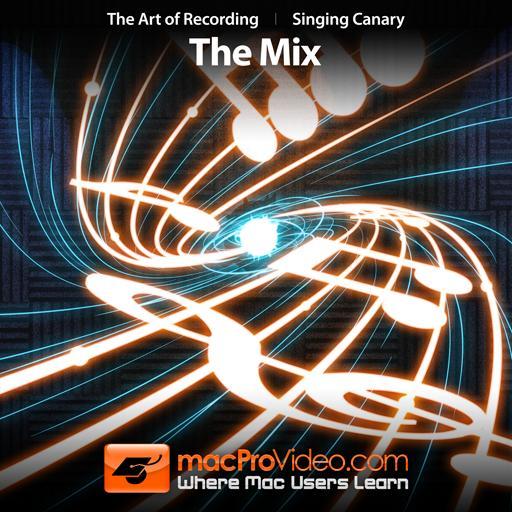