All Articles News
Turning Historical Computers into Music
Rounik Sethi on Mon, July 27th 0 comments
Language
Composer Matt Parker has a different take on what to do with nearly extinct computer hardware: sample their signature sounds and make an album from it. Read the story, listen to the album.

Over at Bletchley Park, the infamous place in the UK where German secret codes were decrypted and broken during World War II, Matt Parker found obsolete computers and made sampling their unique signature sounds into a project. Not only have these sounds contributed to his new album, The Imitation Archive, but they've also created an archive of some incredible machines that  may not be here much longer.

In an interview with NPR, Parker describes how the first programmable digital computer, Colossus, is 'the size of a large hall' and that it 'make[s] such distinctive rhythmic patterns that I just had to work with."

A preview of the album:

Matt Parker continues'You can look at an object that's inside a Perspex box in a museum in the future, but you will never be able to hear what it sounds like," he says. "I think it's really important to be able to bring some of the reality of what some of these machines were like '" to listen to as much as to see '" in the future."

Listen to the complete interview on NPR here.

The Imitation Archive is 34 minutes of computer glitch, crunch, hiss and whir that commemorates 70 years of computing, produced at the birthplace of computing, Bletchley Park. It was released on 20 July, 2015 and is available on Bandcamp: 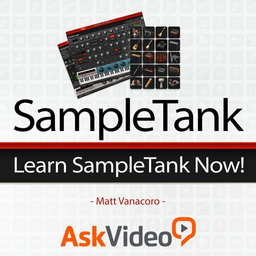 Dream It. Do It.
Do you want to learn Learn SampleTank Now?
Yes, I want to learn!
No Thanks, I just want to read the article.
Feedback
How are we doing?
We'd love your thoughts, feedback and questions regarding our new site. All feedback is appreciated!
We do not respond to this form! If you need support, please visit our support page.
Thank you for your input!
Your message has been successfully sent
Course Advisor
Don't Know Where To Start?
Ask A Course Advisor