All Articles Synths & Sound Design
Using External Instruments With Modular Synthesizers
Scott Riesterer on Sat, September 29th 0 comments
The open design of most Eurorack systems means it's easy to introduce external instruments into the signal path. And there are very good reasons for doing so, as Scott Riesterer explains.

The open-ended architecture of modular synthesizers enables them to become a delightful playground for processing external instruments. With some careful planning and patching, you can build an interactive effects unit that can take on a life of its own. Systems can be used as a sort of robot accompaniment for a solo artist, or paired with a separate player so their performance can be manipulated in real time like an instrument. Let’s first take a look at some of the basic building blocks that can be helpful for setting up a Eurorack effects unit and then explore some potential patching techniques.

Of course the obvious prerequisite for processing external instruments in a modular environment is the ability to introduce that signal into the system. Most of the time you can’t just get adaptors or converter cables to jack an input into your system. You’re going to need some kind of input module, and depending on what kind of signal you plan to use this could take on a few forms. Remember that microphones, line level signals and Eurorack modules have three different signal levels. Microphones often need additional gain from a preamp, and will need phantom power if they are condenser mics. Instruments with pickups like electric guitar have a high impedance output which should be matched by your input, otherwise your sound may be distorted or altered in other unwanted ways.

There’s lots of output modules but few input modules, and most are focused on ¼” line level inputs. For this reason, using an external mixer or preamp may be the best solution for introducing your instrument to Eurorack. Alternatively, if you already use a computer and an audio interface for live processing of instruments, you may want to investigate the Expert Sleepers digital interface modules. 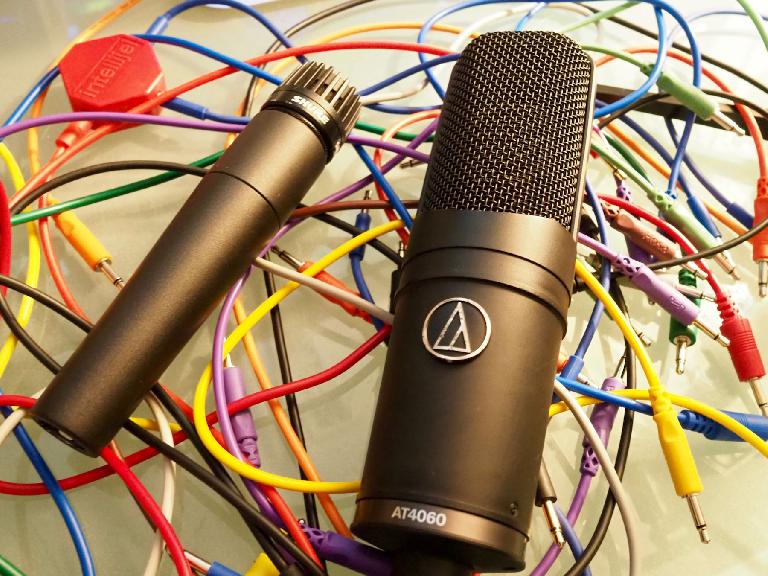 A dynamic mic like the Shure SM57 on the left will not require phantom power, but a condenser microphone will

Once you have the signal from your instrument in your system, in order to really take advantage of the CV processing capabilities of Eurorack you will need some modular method of reacting to that signal. One such method is an envelope follower. If you have used any synthesizer you have probably come across an envelope generator of one kind or another. These create a contour to shape a sound over time, often used to control amplitude or filter cutoff once a note has been played. Envelope followers work in the opposite direction by using the strength of a signal to generate a contour.

This contoured control signal can then be used to modulate any number of parameters in your system. This means that you can tie the volume of your input to things like filter cutoff, VCA amplitude, LFO rate or anything else that your system offers. For example, once the player starts a lick, the envelope follower could open up a filter on their signal the louder they play and increase the depth and rate of LFO modulation on that filter. Finally if the envelope was inverted, it could push the feedback amount on a delay down or change the wet/dry mix while the melody plays then swell it back up once it completes.

Clearly, envelope followers open up a lot of possibilities for interacting with live performers, but it’s important to understand that they will track volume level but not pitch. It is possible to convert pitch information into CV in order to have your oscillators follow the notes of an instrument, but this will require a different kind of module. This is actually one of the many algorithms contained in Expert Sleepers' Disting. 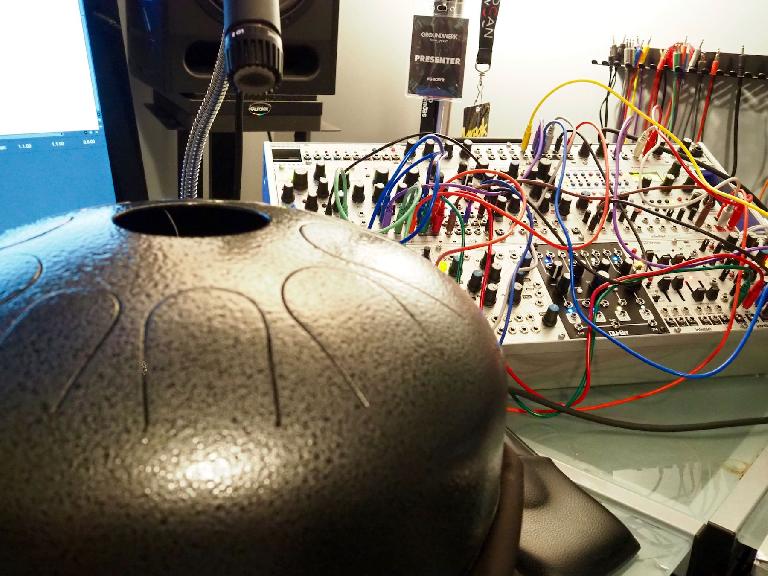 The 4MS Spectral Multiband Resonator has envelope followers for each of its six bands. I was able to use these to modulate a number of parameters in my system while playing my Manastone steel tongue hank drum.

Now comes the fun part. What sort of effects do you want in your system? What will pair best with the instruments you plan to run through it? There’s no shortage of effects modules and sound processors in the Eurorack realm so this might be a difficult and very personal decision process. Naturally, delays, reverbs, distortions and filters will work well with most input signals, the question is which ones appeal to you most and fit your budget and HP?

Once you create a patch, you’ll want some means of controlling it. If you’re bouncing back and forth between an instrument and your system, having an easily accessible dedicated control module or device can be very helpful. You don’t want to have to dig through a web of cables to find a control in the middle of a performance. That’s why things like knobs that provide a variable voltage source like Quadratt or Maths, joystick controllers like Planar or touch pads like Pressure Points or Tetrapad will be vital for making your patch performable. If you plan on playing the instrument yourself and will have your hands occupied, an expression pedal might be a good solution.

Another approach to prevent your patch from remaining static and stale if you can’t interact with it while you perform is to set up events using generative techniques. If your patch progresses through steps and stages with some carefully controlled randomization it becomes possible to create a sort of robot accompaniment that will react to your playing, but also push you in new directions. This is where end-of-cycle gate outputs in your function generators and also sequential switches will prove useful.

There are almost as many ways to approach building a system for processing external instruments as there are modules. One of the great things about Eurorack is that even if a system is built for a very particular purpose, it’s always possible to use it in unintended, unexpected and joyful new ways. My own system was originally started to process field recordings on my computer, and I still keep that intent in mind, but I’m able to easily use it on live instruments, or create algorithmic music, or generate basic melodies basslines and drums. Whatever system you build, be sure to experiment and try using it with different scenarios in mind. I find it’s also useful to remind myself to keep things simple. It’s easy to get carried away trying to connect every module in your system to every other module and take advantage of as many inputs and outputs as possible, but sometimes the simplest patches are the most satisfying. 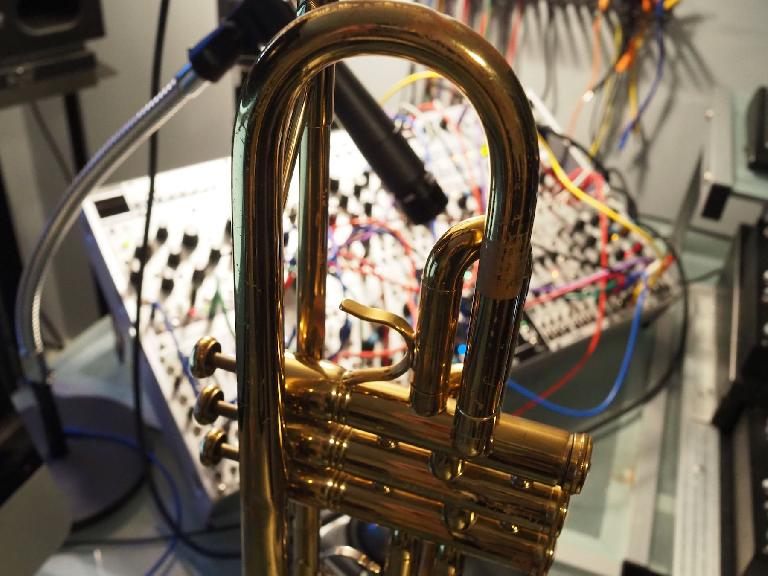 Naturally while writing this article I had to try using a few instruments with my system. Here’s what I cooked up.