All Articles Recording & Production
What 2014 Might Bring for the World of Music and Technology
Hollin Jones on Wed, January 1st 1 comments
Language
With 2014 almost upon us, Hollin Jones looks ahead into the mists of time to see what may be lurking there for musicians and producers.

Trying to predict the future is fairly tricky. If it wasnâ€™t, Iâ€™d be playing the lottery right now. In the tech world at least there are certain things that are no-brainers when it comes to looking ahead : namely, â€œI predict that companies will release new products that improve on existing productsâ€. Do I qualify as an analyst yet? But being more specific is a matter of educated guesswork. Nonetheless if we look at trends in technology itâ€™s possible to hazard a decent guess at what kind of stuff might appear in 2014, what weâ€™d like to see as well as what we think might appear.

Steady as she goes

You can more or less guarantee that all the leading DAWs will stay on the same kind of course they have been on for a while, adding features and making tweaks that let you get the most out of the latest computer hardware. Weâ€™re not at the point yet where you can work without regard for technological limits even on a decent computer : the limitations of physical RAM still kick in when you load ten instances of some huge sample-based instrument, and running at very high sample rates and very low buffer sizes can still be an issue, but things are improving. As someone who has recently switched from a spinning drive to an SSD, Iâ€™d hope to see solid state drives become even more prominent as system drives in music setups since they are amazingly quick. 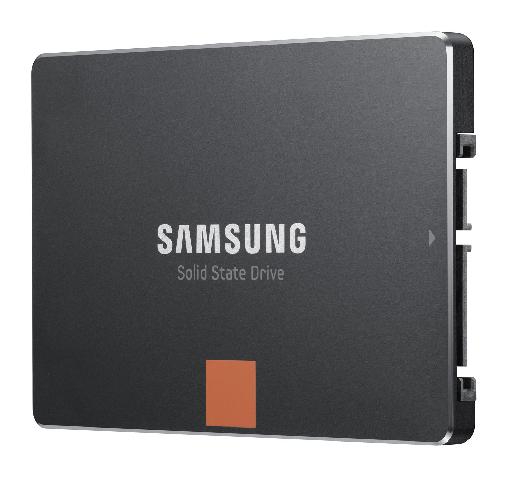 Solid state drives are becoming more affordable and make a massive difference to the performance of a computer.

Something we have seen a lot of in the last year is the increasing convergence of desktop and mobile software in a number of ways. As mobile platforms mature and devices get more powerful, the apps that are developed for them improve as well. 2013 saw probably the biggest leap forward for apps regarding tie-ins with existing DAWs. Logic Pro X came out and featured the companion Logic Remote app, an astonishingly good iOS controller that also now works with GarageBand. Steinberg released Cubasis and iC Pro, a mobile DAW and comprehensive Cubase control app respectively. Itâ€™s not a great stretch to imagine others doing the same. Native Instruments, Propellerhead, Ableton, Avid, Cakewalk and Image Line have all variously dabbled in iOS development, but you can expect more of this kind of thing as iPads become even more ubiquitous. And yes, sorry everyone else, but iOS is where the bulk of the innovation is taking place at the moment. 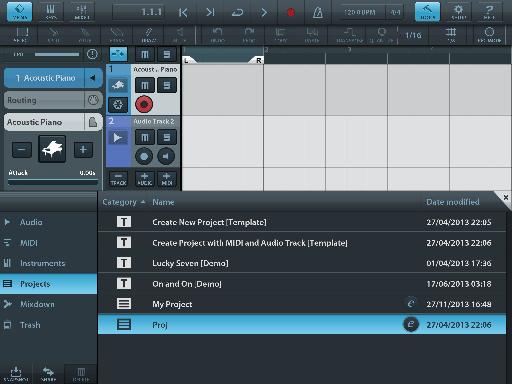 Cubasis is a well-designed app for iPad that contains instruments, effects and audio recording.

Itâ€™s important to note that itâ€™s not really more complexity that mobile music tools need, but better integration with desktop software. Of course you can make music on your iPad or iPhone, and people do. But the touch screen interface isnâ€™t as good as a conventional mouse and keyboard for many serious music-making tasks, and the devices still nowhere near as powerful as modern computers for sheer number crunching. When iOS and desktop apps work best together is when you can start a project on the road then transfer it to your Mac or PC for further work when you get back to the studio. With iCloud and Dropbox support now appearing in some iOS music apps, you donâ€™t even necessarily need to have both devices with you at the same time to do this. 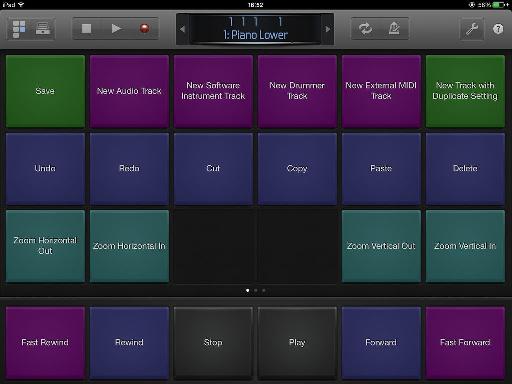 As well as the usual faders and keyboards, the free Logic Remote app has a stack of useful key commands, and even works with the latest version of GarageBand.

Many excellent instruments still come with multi gigabyte sample-based libraries that they use to generate sound, often in NIâ€™s Kontakt format. Itâ€™s interesting though to think about what happens when developers do the opposite and recreate real sounds using synthesis rather than samples. A prime example is Modarrtâ€™s Pianoteq, an incredibly lightweight virtual instrument that uses physical modeling to accurately recreate acoustic piano sounds and crucially, do it really well. Although the computations behind this kind of technology are undoubtedly fiendish, it would be good news for space-strapped laptop musicians if more instruments could be 50 MB rather than 50 GB. Itâ€™ll take some doing, but weâ€™d like to see more of this kind of thing. 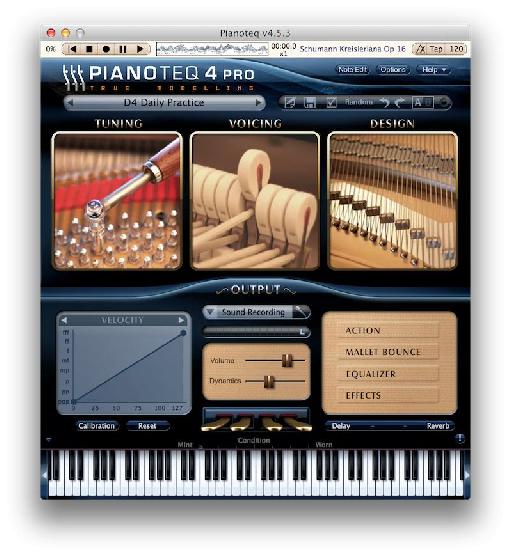 DJs are having a pretty good time of it at the moment, with NIâ€™s Traktor coming to iOS, the Traktor hardware getting a revamp and Seratoâ€™s lineup going from strength to strength. While the software and hardware are pretty advanced at this stage, thereâ€™s always room for improvement. More and better effects, better beat detection and more virtual decks are usually high up on a DJâ€™s wish list, and better cloud integration wouldnâ€™t hurt either. Similarly, controllers are still hugely popular and Novationâ€™s Launch range has been a great success, as has NIâ€™s new Maschine Studio. Again, expect to see more fully-featured and comprehensive controllers, maybe even physically smaller than at present, and tight iOS integration. Unusual stuff like Steinbergâ€™s new iC Air app for enabling gesture-based control of Cubase is well worth keeping an eye on too. As the new Xbox and PS4 models find their way into more homes, perhaps motion control will finally become a more useful way to interact with machines. 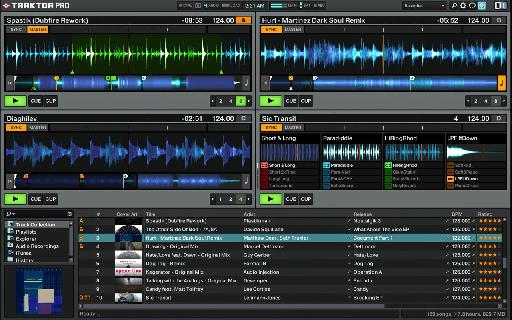 You can touch thisâ€¦ sort of

Touch works well in the context of mobile devices, though not yet for really serious work, which generally requires more precision. Some DAWs like FL Studio and SONAR already support a range of touch-based commands on Windows 8 when running on a touch-enabled PC. These are fun to play with, though trying to use touch for other, much smaller parts of their interfaces is less successful. As such it doesnâ€™t seem likely that an â€œall touchâ€ desktop DAW is just around the corner. Indeed on the Mac, touch support in OS X is limited to trackpad and mouse gestures, and for good reason. That said, we are at a sort of halfway stage with a lot of this stuff and a rewrite or rethink of a DAW so that certain parts of it are deliberately designed for touch rather than added as a sort of experiment, could be interesting. 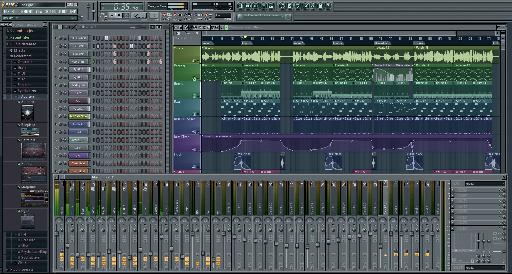 Hardware shows no signs of disappearing and people will still want real synths to play, mics to record through and speakers to listen on. Developments here tend to be a little slower as the technology is already very mature, but manufacturers can throw the odd surprise at us. Good quality mics that plug straight into an iPad are now quite common, and companies like Mackie have made iPad-compatible mixing desks too. Audio interfaces can really benefit from having features like zero latency monitoring, DSP-powered effects and multiple headphone outputs. While none of these features is revolutionary, we would hope that advances in technology made it more cost effective to include them in more products. 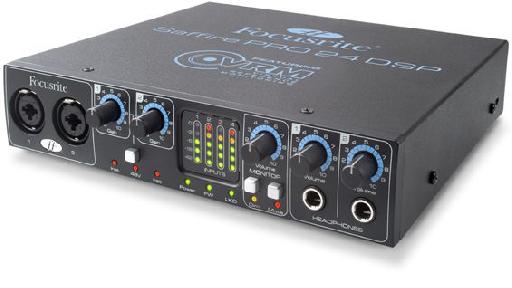 Hardware is still crucial to most setups, and it keeps getting smaller and more powerful.

2014 will surely be another great year for musicians and producers, and I for one canâ€™t wait to see what it brings! 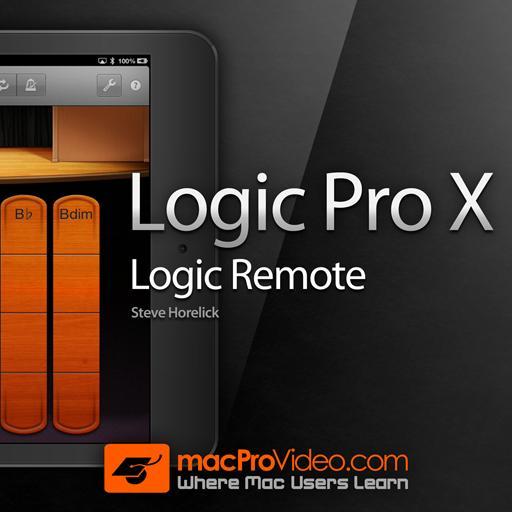