IK multimedia have added three new modules to its T-RackS Custom Shop application (first reviewed on macProVideo.com here). And let's make it clear right from the start that IK now describe T-RackS as a '˜mixing and mastering' plug-in collection. T-RackS works as a stand-alone application or as a plug-in in your favorite DAW and comes in four versions (Free, Classic, Deluxe and Grand). The Custom Shop part of the name refers to the fact that you can purchase further modules through the T-RackS Custom Shop web store. The three new modules are as follows:

They have also updated the British Channel module with what they describe as an '˜intuitive new user interface'. So let's take a brief look at that one first. 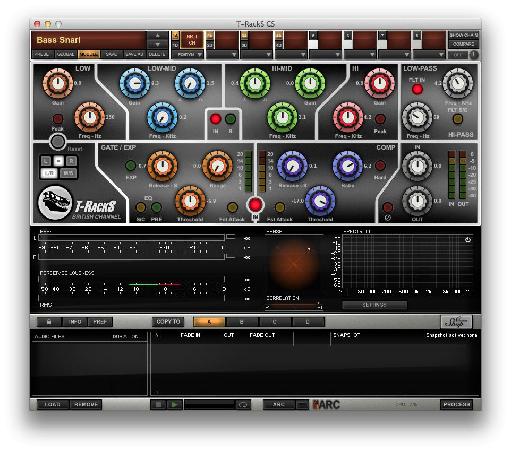 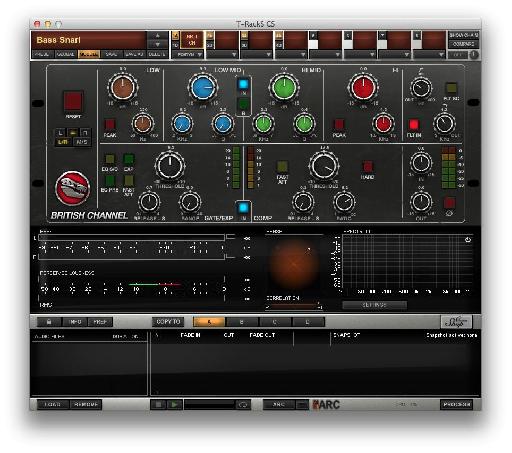 The old T-Racks British Channel was modelled on the processing available on an SSL 4000 E series console channel strip. The new version adds no new features but does indeed improve the ergonomics. Now with more than a nod to the knob design of a real SSL console, IK have also moved buttons around and sorted out some labelling to make a new version easier to use, as well as refinements such as making the gain controls slightly larger than other (less used?) controls in the EQ section. 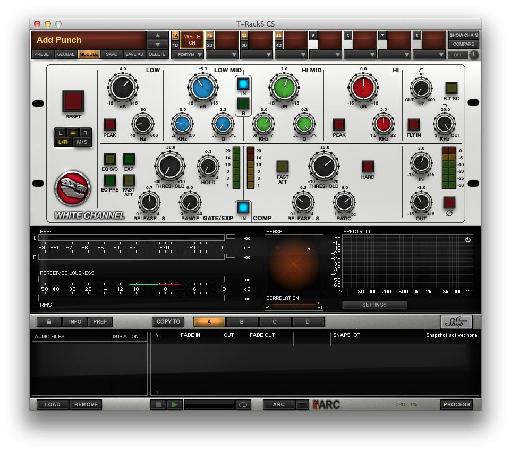 Looking very much like the updated British channel but with a white background, this module is no doubt intended to replicate SSL's more recent SuperAnalogueâ„¢ offerings as found in the X-Rack modular system (whose coloring it borrows), and AWS 900 consoles. Of course there are no identical presets in the two modules for A-B comparison so, running T-Racks as a plug-in, I matched the controls of the White Channel to those on the British Channel and ran the same mixed track through both. It won't surprise you to hear that the White channel has a brighter more aggressive sound, with the British channel coming across slightly warmer and more rounded - some clever and subtle modelling going on here then! 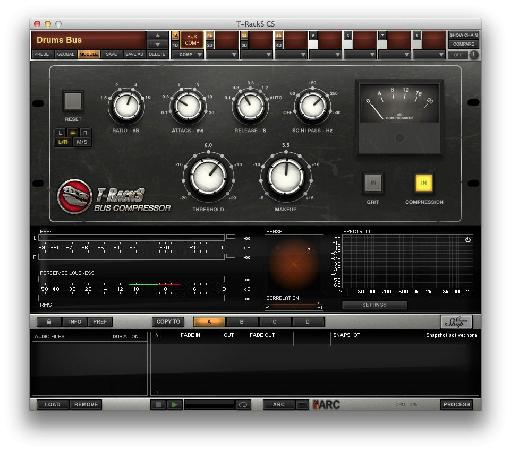 Another SSL-alike, this time from the 4000 G series. The subtle processing offered by the original was found to be a great way of glueing mixes together if the mix of the multitrack recording process still sounded too much like different bands playing in different rooms on different days. This module goes a long way to achieving that aim, but with the addition of a '˜Grit' button, pointing to the fact that T-RackS have in mind that you may wish to use this module in a more creative but less subtle way, as part of a mix. 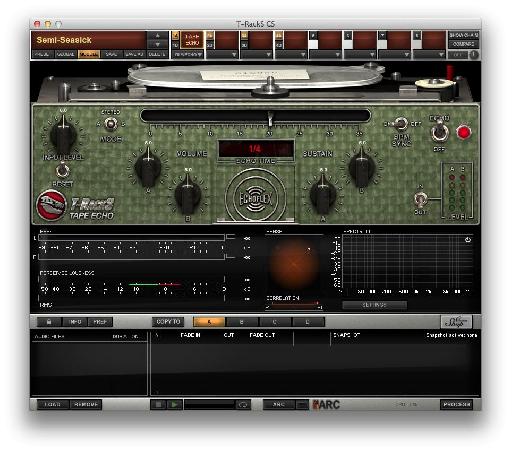 Tape Echo? Remember that IK want you to use T-RackS for mixing and mastering so this makes perfect sense. This module lovingly recreates the features and foibles of an Echoplex and faithfully conjures up the wobbly repeats of that technically imperfect tape delay system. Personally I love the sound and it's a great way to add real analogue flavor to sterile digital mixes, but I'm not sure I'll be reaching for it next time I master an album!

If you were setting up for mastering and had a shopping list of processors, then the SSL E and X series channel strips and the G series bus compressor would no doubt be very near the top of the list. Downloading the free version of T-RackS Custom Shop and purchasing these modules would give you great tools to kickstart your mastering career (along with the built-in tools you get in the free version - see previous review). If it's your intention to use T-RackS when mixing then all modules, especially the Tape Echo module, are excellent, if not essential, additions to the range.