All Articles Audio Software
5 Reasons You Should Be Using Adobe Audition When Editing Audio
Matt Vanacoro on Fri, February 26th 3 comments
Language
With the continuing evolution of audio editing tools within major DAWs, some think that the dedicated audio editor has had its day. Matt Vanacoro shares 5 reasons Adobe Audition should not be ignored.

Adobe Audition is a well-thought-out piece of audio editing software that is included in your Creative Cloud subscription. With all the DAW choices out there such as Logic, Pro Tools, Ableton Live, and the like, it can often be overlooked as a viable choice for working with audio. I have found Audition to be a great choice for when I have to make some quick adjustments to audio or work on something for post production or video. Here are five reasons you should consider opening up that app that may be gathering virtual dust in your Creative Cloud folder.

Having an audio app that can be configured to work in a two-track setup can be extremely beneficial to your workflow. I know that it’s easy enough to only add 2 tracks or a single stereo track to your favorite DAW, but there is something compelling about a program that is designed to specifically let you work in a two-track setup. Ergonomically, the single audio file mode (as opposed to multitrack) in Audition is well designed, and there are a lot of things to like about the simplicity of it. If you have to work on a stereo audio file, Audition can really speed up your workflow. 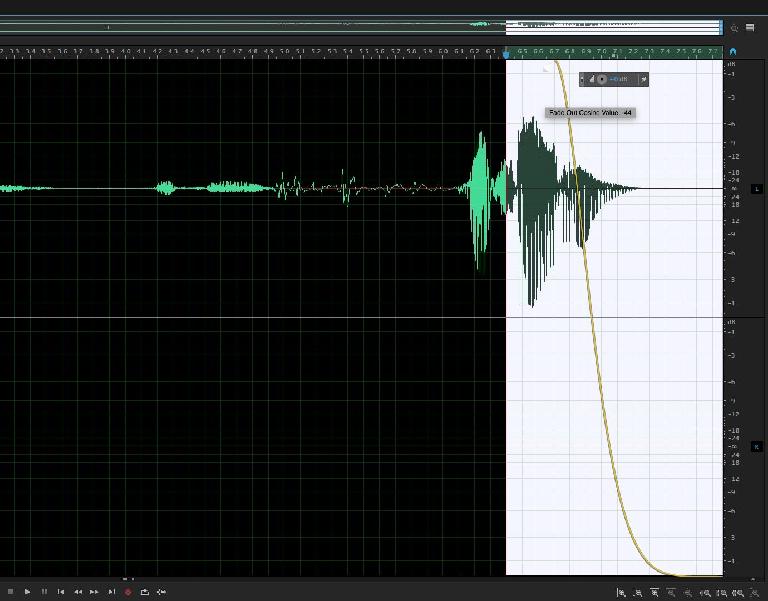 Every DAW has their own way to process fades, and I happen to think Audition handles the task extremely well. Select a bit of audio, and in the upper right corner you get an icon that you can easily drag over and create the fade you need. It works for both fade ins and fade outs, and it’s super quick. You can even adjust the curve of the fade by moving the mouse up or down. It’s quite convenient. 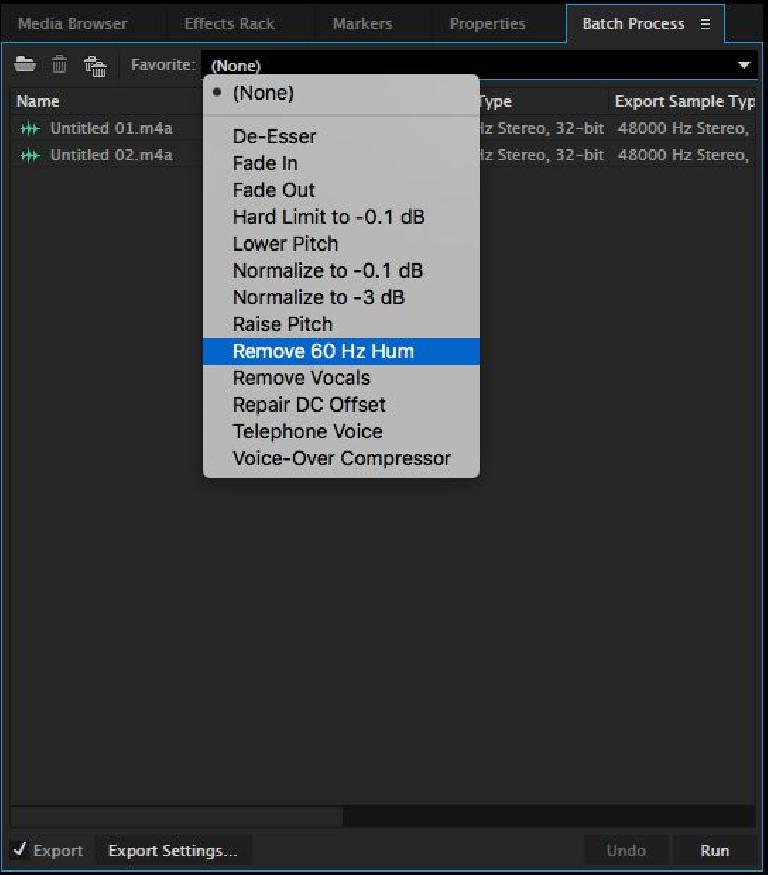 Anyone who works in video will tell you that batch processing can be a life saver. If you’ve got to remove hum from every video you shot from the day or if you need to make the same EQ adjustment to a whole bunch of files, Audition’s batch processing has got you covered. Work on the first file until you get the result you need, then simply save the effect chain as a favorite. Open the batch processing window and use the time you saved to catch up on “The Walking Dead”. 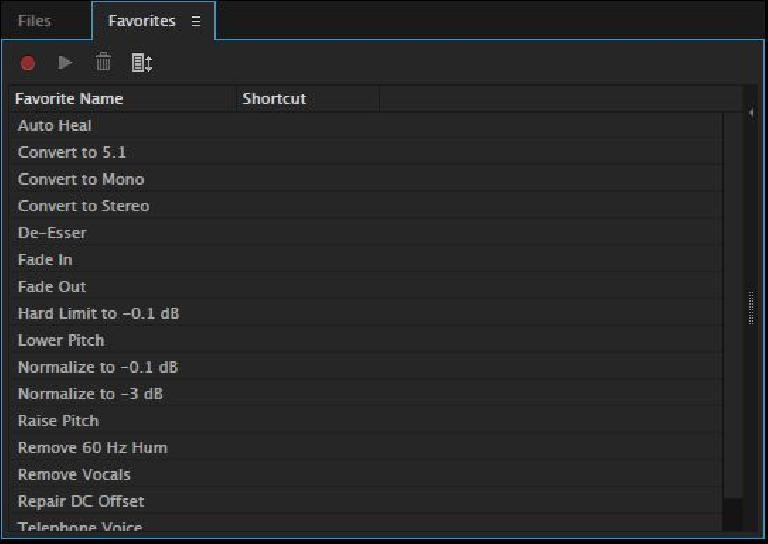 Speaking of favorites, Audition has quite a lot of common audio tasks already mapped out for you for both single file and batch processing alike. Will the “remove 60 Hz hum” favorite work as well as a dedicated noise reduction like RX? Not likely, but I do appreciate having a whole bunch of tools at my fingertips for things I do all the time in batch processing. Besides, you can always integrate your dedicated noise removal plugins as part of your OWN favorite that you design!

This one’s simple, and if it’s something you need you’ll see right away how cool it is. You can work natively in the MP3 format without having to go through a lengthy import and export process. Audition will open an MP3 (or other compressed format) and let you make changes, apply effects, and then simply save as an MP3 again. You don’t have to go through the typical steps of import and export, it’s all handled seamlessly through the interface.

Matt Vanacoro
Matt Vanacoro is one of New Yorkâ€™s premier musicans. Matt has collaborated as a keyboardist in studio and on stage with artists such as Jordan Rudess (Dream Theater), Mark Wood (Trans-Siberian Orchestra), Mark Rivera (Billy Joel Band), Aaron Carter, Amy Regan, Jay Azzolina, Marcus Ratzenboeck (Tantric), KeKe Palmer, C-Note, Jordan Knight and many others. He has appeared on many a recording with a variety of artists, as well as had his own music featured in films by Lionsgate Studios.
Related Videos
Comments (3)