All Articles Synths & Sound Design
Audio Repair for Video Sound, Part 1: The Basics
Hollin Jones on Sun, August 31st 0 comments
Language
Fixing audio for video can seem daunting, but it’s well worth the effort and isn’t always as tough as you might have imagined… Hollin Jones is on here to show how easy it can be in this 2-part series.

As the image quality of consumer and mid-level video cameras and DSLRs has rocketed in recent years, the microphones in these devices haven’t really kept pace. So while you can get crystal clear full HD picture from a sub-£1000 camera now (if you choose wisely of course), you won’t get audio of a similarly stellar quality out of it. This is partly down to the fact that these are cameras after all and not dedicated audio recorders, and the mics in them are decent enough—it’s just that they’re not as good as you need for professional work.

Many solutions for this problem do exist of course. For interviews you can get lavalier mics that clip onto your subject and connect to a solid state recorder or even an iPhone to record. There are numerous “shotgun” mics on the market like Rode’s VideoMic and the newly announced Laser and ProMic from sE which sit atop your camera and collect sound directionally. While these will all offer a much better audio capture than a camera’s own mic, recording any sound with a microphone comes with its own set of challenges. 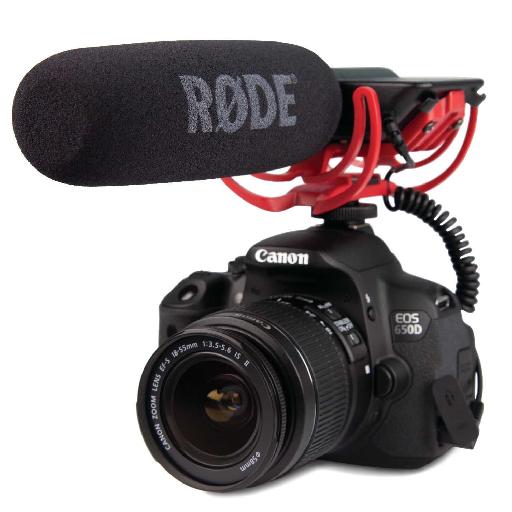 Using an external microphone will always give better results when shooting video.

By implication you’re more likely to be outside a studio environment when shooting, and here you’ll encounter all kinds of factors like hiss, rumble, background noise and directionality issues. The good news is that these can generally be fixed, but there’s a definite art to it. We’re going to look at some techniques for fixing voiceover since this is the trickiest scenario you might find yourself in and this kind of content can’t be papered over like some ambient sounds – it has to be clear.

You may have recorded camera sound and mic sound separately, in which case you will have a guide track for sync purposes inside your video editing package like Premiere or Final Cut Pro. Or if you only have a single audio source, say from an external mic connected to your camera, you will need to split the audio off from the video in Premiere (for argument’s sake) to process it externally in a DAW or wave editor. Make sure whatever app you open the audio in is set to use the same sample and bit rate as the video sound, typically 24-bit 48 kHz, to avoid too much conversion between processing stages.

Your first step is to identify the most obvious issue with any sound, which may well be hiss or rumble in the signal. The best way to deal with these is to use high or low pass filters or a multiband EQ to pull certain frequencies up or down. The challenge, especially with cutting hiss, is to do this without deadening the speech and sucking all of the life out of it. The sibilance of a voice (the ‘s’ sounds) can exist in a similar frequency range to mic hiss and just dropping them out completely will make a voice sound strange. Use a multiband EQ with a very narrow Q value to isolate the hiss as far as you can without catching the sibilance of the speech, and drop it out. Like the rest of the process, this is a matter of trial and error. 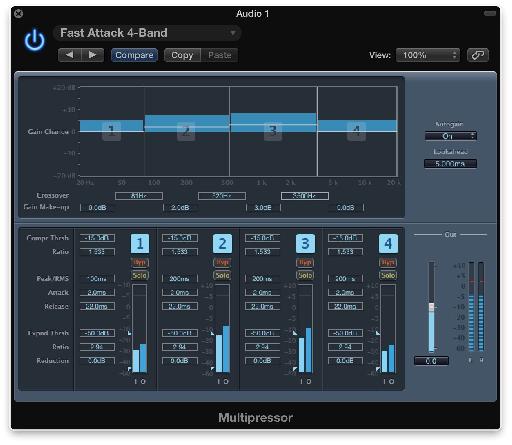 A multiband EQ or compressor can help to deal with troublesome frequencies.

The same goes for rumble though this is easier since it usually sits lower in the frequency spectrum than most voices ever go. You might find yourself boosting some of the mid range too, to make the speech more prominent so it cuts through any music or ambient sound in the finished project. Remember that your video editing software will probably have EQ effects for its audio tracks so you don’t necessarily need to worry about the finer details of the mix at this stage, just make sure you clean up the offending frequencies that you definitely don’t want. You can always add a little mid range in Premiere later. 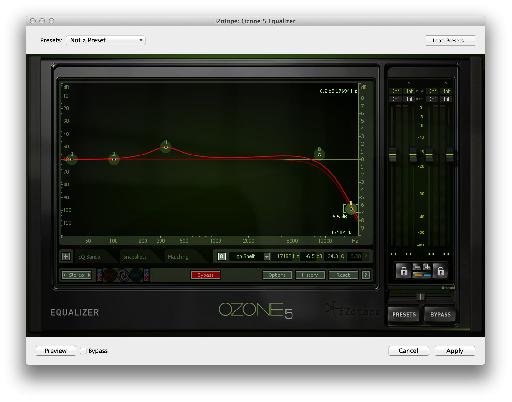 The same EQs you use for music can be used to help deal with hiss and rumble for voicover.

Since cleaning up audio for video uses many of the same tools as you would when producing music, you won’t be surprised to hear that compression can play a role as well. In the same way that you might use it to control the dynamics of drums or guitars, compression can help greatly to even out the differences between louder and quieter passages of speech to give a more balanced and coherent end result. When people speak into any kind of microphone they can move back and forth or move their heads around and these movements will affect the level of signal picked up by the mic. Using some gentle single or multiband compression can help to give a smoother voiceover, and multiband effects are also useful for dealing with other problems. If someone’s voice is a little thin for example you could bolster the lower mids to beef it up. Or if their voice is quite nasal, compress the higher end more aggressively.

Even a simple compressor used gently can help to even out the sound of voiceover.

Another musical effect that is very handy for sorting out voiceover is gating. Just as you would use a gate to cut off a guitar signal when nothing is supposed to be sounding and thus remove extraneous background noise, you can do the same for voiceover. The trick as ever is to get the threshold and attack settings right so that all the voice signal is allowed through and none is cut off early by an overzealous threshold setting, or a release time that’s too slow. Gating a voice is particularly important if there is ambient noise in the signal that is very hard to get rid of using EQ, such as room ambience. At least by gating you minimize the amount of ‘room’ that’s in the finished project, even if you can’t erase it from the voiceover when it is being heard. 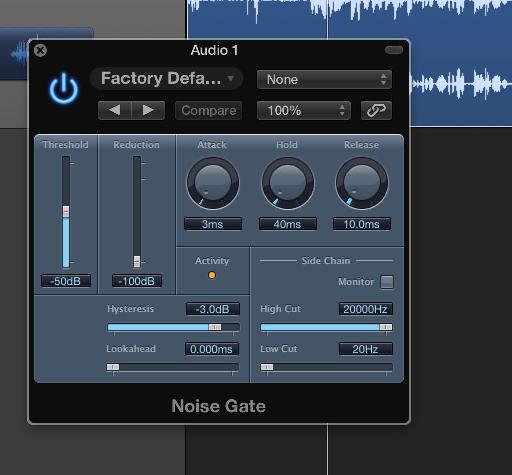 Gating can be a great way to cut out unwanted background noise.

In the second part of this guide, we will look at some of the more advanced tools available to you as well as how to stitch everything back together after it has been repaired.

Check out Part 2 of this mini-series here:

Dream It. Do It.
Do you want to learn Audio Repair Toolbox?
Yes, I want to learn!
No Thanks, I just want to read the article.
Feedback
How are we doing?
We'd love your thoughts, feedback and questions regarding our new site. All feedback is appreciated!
We do not respond to this form! If you need support, please visit our support page.
Thank you for your input!
Your message has been successfully sent
Course Advisor
Don't Know Where To Start?
Ask A Course Advisor