All Articles Logic Pro
Create A Percussive Noise Patch With Logic Pro's ES1
Toby Pitman on Wed, April 3rd 1 comments
Language
What to do when you've already raided your existing sample libraries and synth presets when looking for noise-based percussive sounds? Turn to Logic Pro's ES1 and create your own!

The fact that white noise contains no melodic content makes it the perfect source for creating percussive synth patches. Obviously, the more features a synth has in the way of modulators (i.e. LFOs, envelopes, etc.) the more complex your patch can become. Saying that, even the most simple of synths can produce some very useable percussive instruments.

In this tip I'll build a really quick rhythmic patch with Logic's ES-1 which is ideal to use as a scoring element.

Even though the ES-1 has a very simple structure, it can still produce great sounds and even better it's extremely easy to use.

Here we have the Default patch in the ES-1. It sounds like this. 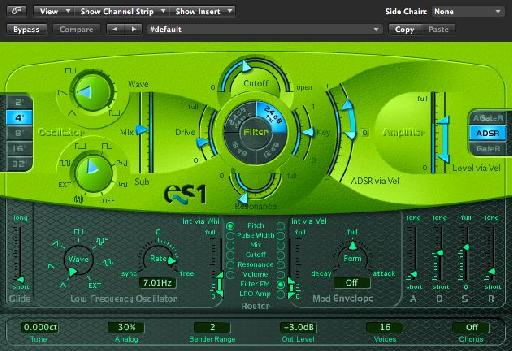 This would be a good starting point for any Bass or Lead sound.

The first thing to do is get some noise going. In the oscillator section we can see that the Sub oscillator has a setting for Noise. Select that and then move the Mix fader all the way down to Sub. 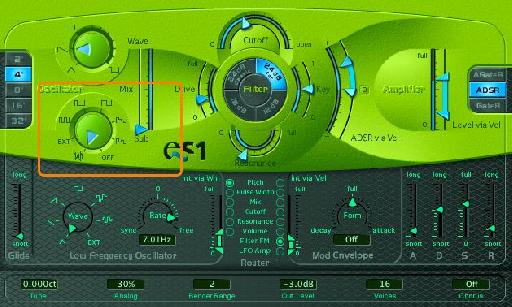 Step 2 - Set Up The Envelope

Now we can shape the sound a bit. I've set up the ADSR with a short Attack and medium Decay and Release. The Sustain is taken all the way down so the sound cannot be held. 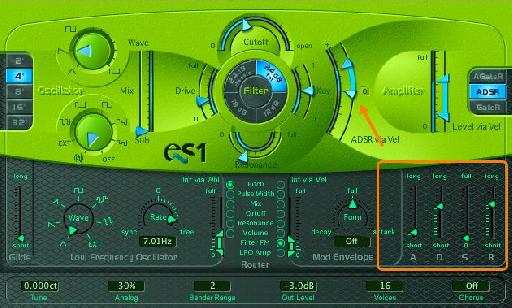 This ADSR setting is also having an effect on the filter cutoff. This can be tweaked using the sliders to the right of the filter section. We should now get something like this.

We can add some extra attack to the sound by using the Mod Envelope to open the filter at the start of the sound. Set the Mod Envelope to a very small amount (we want a sort of click) and select Cutoff as the destination. Use the range values to set the amount via velocity. 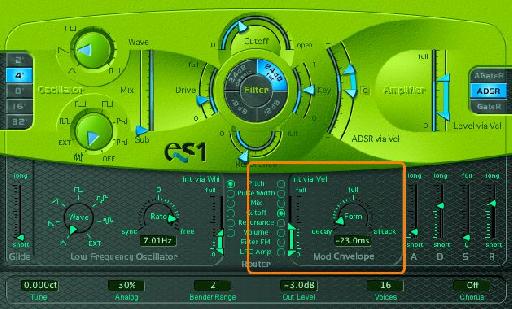 Playing loud to soft we should get a more pronounced effect at higher velocities.

In the Filter section set the key tracking to full. This will provide a lot of tonal variation in the sound over the keyboard. Low note will have a duller sound whereas higher notes will really open up the filter. 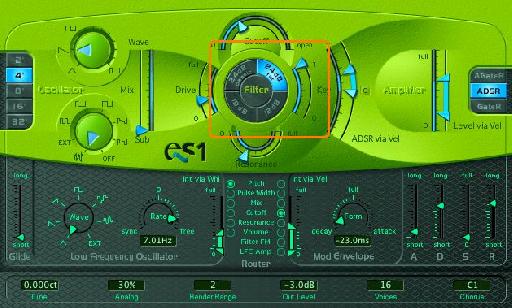 Playing low to high on the keyboard will give you a result like this.

Add some Chorus to the sound to add a bit of movement. You'll find the Chorus in the bottom right of the interface.

Adding some effects to the sound like reverb or delay can really bring this patch to life. Here I've added an effects patch from Native Instruments RC-48 and some delay from Audio Damages Dr. Device. Check it out!

For a patch that took about 20 seconds to make it's not bad, and really fun to play with.