All Articles GarageBand
Creating a Custom GarageBand Instrument
Scott Freiman on Fri, July 1st 1 comments
Language
If you thought GarageBand could only playback samples then you're in for a pleasant surprise. In GarageBand '11 it's possible to create a simple sampler instrument featuring any sounds you want!

Apple’s GarageBand contains scores of great software instruments and hundreds of audio loops. What it doesn’t have is a sampler—a way for you to create your own instruments from audio files.  Since GarageBand lets you use Audio Unit instruments, you can make use of samplers like Native Instruments Kontakt from within GarageBand. But, there’s an easy way to make a simple sampled instrument without resorting to a third-party tool.

A perfect application for this is to create a “sound effect” instrument. This is an instrument where each key contains a related sound effect. For example, you might create an instrument comprised of different types of footsteps or doorbell rings. Now, when you are adding sound effects to a movie, you can play and record keys on your keyboard rather than having to drag audio files into your song.

To start with, you need to create a software instrument track. Change it from the default “Grand Piano” sound to “Radio Sounds” under the “Sound Effects” category. Then, bring up the musical typing keyboard from the Window menu (or use the shortcut Shift-Command-K). 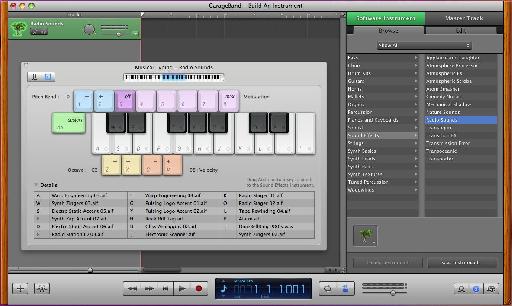 You’ll notice that the musical keyboard looks a little different than it does with most instruments. There are tiny speaker icons on the white and black keys. And, there is a “Details” section below the keyboard. You can click the triangle next to the word “Details” to reveal a list of the sounds mapped to each key.

Now for the fun part.  Take any audio file from your disk (WAV, AIFF, MP3, and M4a files all work) and drag it over one of the white or black keys. The cursor will turn into a plus sign. When you let go of the mouse, the new audio file will now be assigned to that letter.

In the picture below, I am dragging the audio file “DoorBellRing1980s.wav” to the “A” key—a C note on the musical typing keyboard: 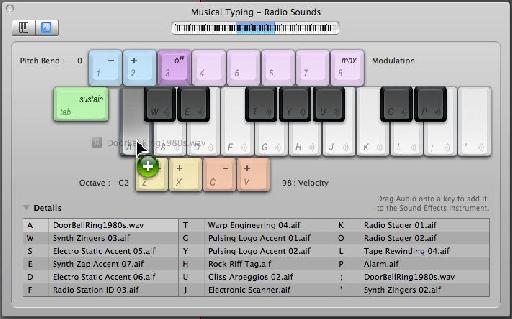 That’s it!  Press the letter on your keyboard or the associated key on your MIDI keyboard and you will hear your audio file played back. Assign other audio to other letters on your keyboard. You can even use the “Z” and “X” keys to move up and down the musical keyboard and assign new sounds to each group of 18 keys. In fact, you can assign a different audio file to every note from C-2 to F8!

You can use this technique for more than “sound effect” instruments.  For example, you could record some sounds of your own (guitar chords, percussion hits, hand claps, mouth noises) and use those sounds to build a custom instrument.  Just record the sounds in GarageBand, create a new Sound Effects software instrument as outlined above, and drag the audio files from the timeline to the musical typing window for the Sound Effects instrument.

Clearly, this technique is not the one to use for that thousand sample grand piano you want to create. There’s no velocity sensitivity (you can’t play back different sounds based on how hard you press a key) and there’s nothing like scripting, round robin, or other features you find in a real sampler like Kontakt.  But, for a sound effect instrument or even a simple musical instrument, this technique works perfectly. 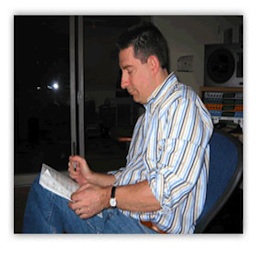 Scott Freiman
Scott Freiman may be the only person to have sold out Carnegie Hall and been a Finalist for Ernst and Young's Entrepreneur of the Year. After completing his first act as the co-founder and CEO of Credit Management Solutions, one of the earliest e-business successes, Mr. Freiman embarked on a second career as a composer, sound designer, and producer. Mr. Freiman's original music and sound design have been featured in award-winning films and television shows, including the eleven part Emmy®-award winning series Life and the award-winning documentary Budrus. In addition to owning Second Act Studio, a state-of-the-art music studio, Mr. Freiman is an instructor for MacProVideo.com and the creator of Deconstructing The Beatles, a series of unique multimedia lectures on the songwriting and production techniques of the Beatles. For more information, visit secondactstudio.com.
Related Videos
Comments (1)