If you have Superior Drummer you’ll know all about the Bounce feature that allows you to export a multitrack mix of your drum tracks for use in shared projects and when mixing on another platform.

If you have EZdrummer then you’ll know there is no way to do this natively inside the plugin. There are however workarounds to this and I’m going to show you how to do this in Logic Pro. Although I’m in Logic this concept will work in any DAW that can feed a record input from an internal source.

Make sure EZdrummer is loaded in as a Multi Output version in your software instrument track.

Create some Auxiliary channels for EZdrummer by pressing the + button. EZdrummer only has 8 Stereo outputs and not all libraries will use all 8 by default. 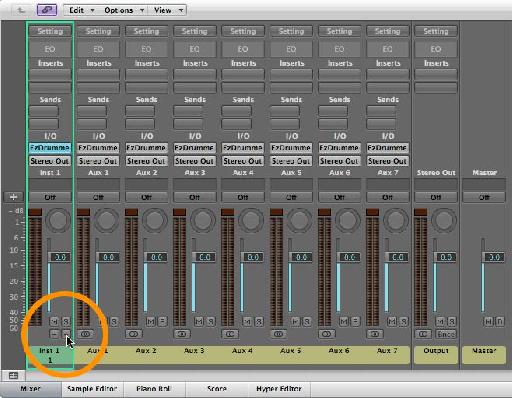 Now assign the outputs for the 8 Stereo outs to Busses 1-8: 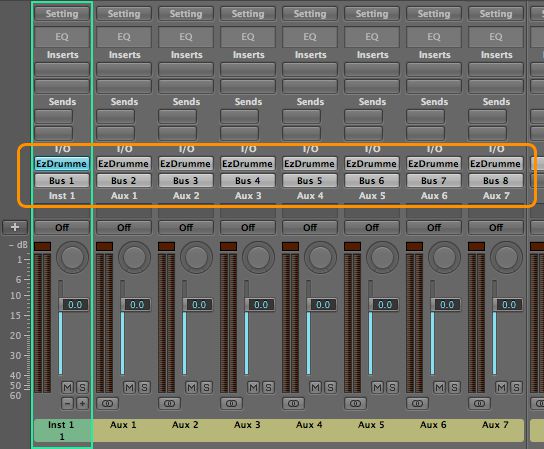 On the Aux channels that are being fed by the Busses, switch the outputs to ‘No Output’ as we don’t need to monitor these channels. 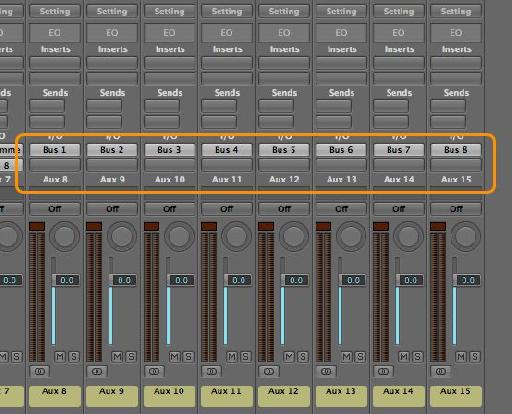 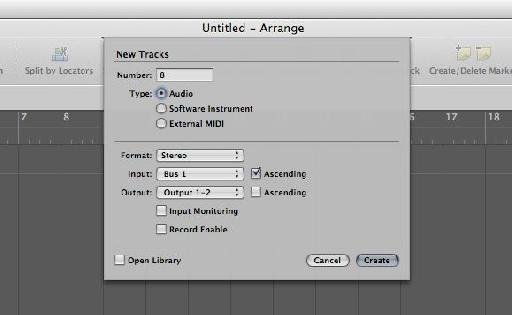 You’ll see in the Mixer that the Audio tracks are being fed by the Busses we assigned to our Multi Output EZdrummer. 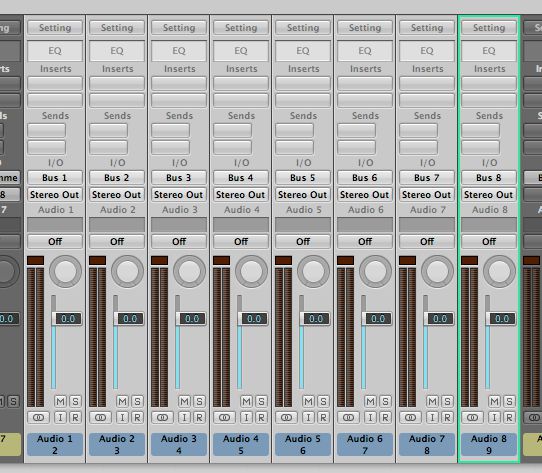 Now open the Mixer in EZdrummer. On any of the channel output assignments click and choose Multichannel. 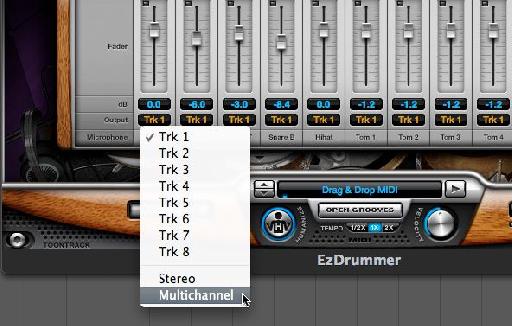 EZdrummer will do its thing and assign the Mic channels to various outputs. I’m using ‘The Classic’ library here which uses all 8 outs. You can always reassign these as you see fit.

Most libraries will have a preset called ‘Route Out’ which will null the mixer parameters to zero. If you don’t see this preset you can reset any parameter to zero by Command-clicking (Ctrl-click PC) on them. Watch out for your Tom channels, you may want to pan these back into a wider stereo field. 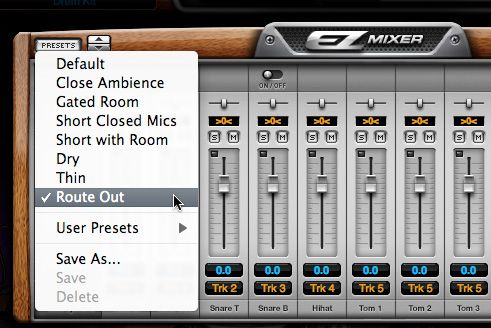 Arm the Audio tracks so you can monitor the input and make any tweaks to the Toms. It’s also worth naming the tracks before you record your MIDI part as it will name the audio files. 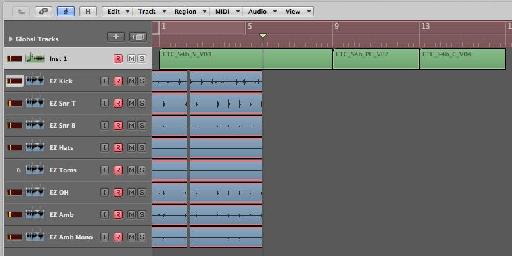 Once you're done you will see your MIDI performance recorded as separate audio files ready to be either mixed internally or exported into Pro Tools, etc. 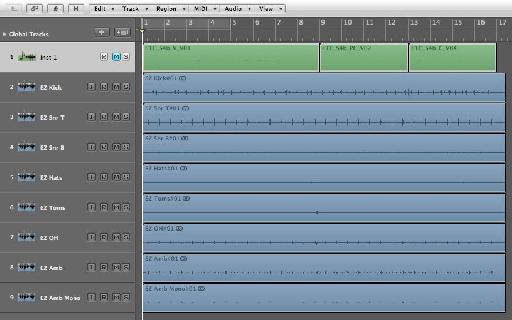 You don’t have to set up all the channels as stereo files. The only channels that should be stereo out of EZdrummer are the ambience, Toms and overheads. The Kick, Snare and Hats can be recorded in mono, if you like.

This routing technique of feeding the inputs with a bus is pretty useful for a number of situations especially when you need to print FX channels.

Want more Logic tips and tricks? Check out the largest range of online Logic tutorial-videos here!
Learn all about Superior Drummer with Toby Pitman as your guide.
Find out about EZdrummer on the ToonTrack website here.
Related

Dream It. Do It.
Do you want to learn Superior Drummer: Killer Drums?
Yes, I want to learn!
No Thanks, I just want to read the article.
Feedback
How are we doing?
We'd love your thoughts, feedback and questions regarding our new site. All feedback is appreciated!
We do not respond to this form! If you need support, please visit our support page.
Thank you for your input!
Your message has been successfully sent
Course Advisor
Don't Know Where To Start?
Ask A Course Advisor