All Articles Cubase
Cubase: Start To Finish, Part 3: Recording and Working with Audio
Hollin Jones on Wed, July 13th 0 comments
Language
You will almost certainly be using audio as well as MIDI tracks in your Cubase projects. Here’s how to get it right first time.

1. Set up your inputs

You probably already have audio flowing out just fine, but to record audio you’ll need to get it coming in as well. With your audio interface connected, drivers up to date and all switched on, go into the Device Setup > VST Audio System menu and make sure your device is specified as the main audio I/O route for Cubase. Then go into Devices > VST Connections and then to the Inputs tab. If you have multiple audio inputs, you can choose which ones to assign to Cubase here. If you have a simple stereo input—as in this example—make sure that the stereo in left and right are chosen.

Go to Project > Add Track > Audio and create an audio track. Choose Mono for single mic’ed sources if you like—if you choose Stereo, Cubase will direct the mono input to both sides of the stereo track. In the track’s Inspector pane you will see it’s possible to choose inputs and outputs on a per-track basis. For example, if you were multitracking a drum kit you could direct each drum mic to a different audio track. In this case it’s a simple audio input for a guitar.

You will need to use the volume controls on your instrument, amp or interface—possibly a combination of all of them depending on your setup—to get a level that is nice and solid but not too high that it distorts. Play or sing as loud as you’re going to get and check the signal doesn’t peak. You can use any level view so choose between the Inspector pane, the control strip for the audio channel or the main mixer. It’s a good idea to leave the software fader at or around 0 dB and set your levels using the physical controls mentioned above. This means your input signal isn’t being artificially boosted or restrained by Cubase and you should get a good level.

Now you’re ready to record. You have different options in the Transport panel for how Cubase will handle recording, which apply especially when you have looping activated. If you’re just recording one long take, these are less important but if you’re recording over and over in a loop they do matter. When cycle recording, Cubase will treat each pass in a specific way. With Keep History selected, each take is kept. The second option keeps some takes but deletes them as you keep going, and Replace will replace each previous take with a new one. Choose your mode and hit Record, remembering to activate monitoring and also to use headphones if you’re using mics to record.

If you have cycle recorded, say trying several takes of a vocal or a guitar part for example, you can click the Show Lanes button on your audio track after recording to reveal the different takes. The greyed-out takes are silent and the take numbers are displayed on each of the clips. You can use the Scissors tool to make cuts to the takes and also move them around, both of which will obey the current project snap settings. You can also mute sections of takes using the Mute tool. If you right-click on the main clip (not a clip on a note lane) you can select To Front and then from that menu, choose which of the takes should be heard at that point. This lets you construct a perfect take from the various clips. Of course if your first take was perfect you won’t need to do this.

6. Use the Sample Editor

Double-click any audio clip or event anywhere in Cubase and it will open in the powerful sample editor. This has a huge amount of depth, but some of its simpler functions include the ability to slice up and quantize audio using the Hitpoints feature, use VariAudio to manually alter pitches inside audio clips and use the Audio > Process menu to apply processing or indeed plug-ins to sections of a waveform individually. This makes it possible to reach inside a recording and change specific sounds: removing breaths or normalizing certain notes for example.

In the previous example, a single sound was recorded but it’s quite possible to record multiple tracks of audio at once. A whole drum kit or a band for example, or even just a couple of sources like a bass and a piano. The procedure is much the same, except that you create as many audio tracks as you need and then assign the relevant physical input to each track as necessary. So kick drum to one channel, snare to the next and so on. Then set each level sensibly and record. Although you can cycle record when multitracking, it’s less common as an approach since you are much more likely to be recording an ensemble performance, where people aren’t improvising or going over a loop again and again.

Although Cubase by default makes sure all your recorded audio is placed into the root folder of the project (which is why it’s crucial that you save and name things sensibly), you can use the Pool to manage audio files inside a project and this can be found in the menu project > Pool. The Pool window shows you all the audio clips in a project and their location. You can right-click on any file to get a menu of actions like processing files when they’re not even in the sequencer, deleting them, archiving or dragging and dropping them into the Project window. You may not use the Pool all that often, but it’s important to know where it is since it is the best way to manage all the audio files in a project. 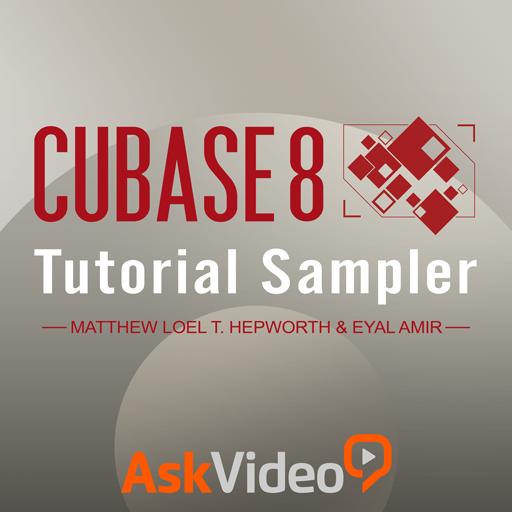 Dream It. Do It.
Do you want to learn Tutorial Sampler?
Yes, I want to learn!
No Thanks, I just want to read the article.
Feedback
How are we doing?
We'd love your thoughts, feedback and questions regarding our new site. All feedback is appreciated!
We do not respond to this form! If you need support, please visit our support page.
Thank you for your input!
Your message has been successfully sent
Course Advisor
Don't Know Where To Start?
Ask A Course Advisor