Here’s a very simple trick and a really useful thing to know about how drummers use the kick drum in fills. Let’s get straight to it!!

This is simple 16th-note fill around the kit with a flam at the end. Here it is in Logic's Piano Roll:

The snare and toms play four notes each. In the real world this would be sticked R-L-R-L like a single stroke roll on each drum. This leads with the right hand (R).

Now, a very common thing for drummers to do is to replace the second two hits on each drum with two kicks. So now we get R-L-K-K. It sounds like this:

Now that doesn’t sound all that impressive at this tempo but it serves a very good purpose in the real world: It creates a gap that gives the drummer enough time to get to the next drum.

If I change the fill to 32nd-notes (double time) you get a typical flashy rock fill. Think Dave Grohl or John Bonham: 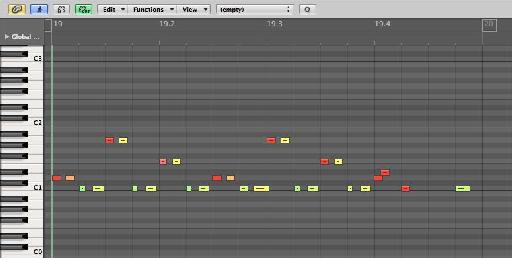 Drummers use the kick in this way a lot to achieve fast and flashy fills. Try programming with this sticking, K-K-R-L, for some variations. It requires a good bass drum technique to pull it off on a kit. Some players use one kick, some two. Here’s another example:

This time we’re going to group this in threes to make a triplet rock fill. This is total John Bonham territory!!

Now we have something different and I’ve employed a subtle but very important idea here too: This time the fill leads with the left hand L-R-K (Snare-Tom-Kick). Try air drumming it!!

This is crucial to know as a drummer otherwise you’d end up cross-armed and the fill would be impossible to play. Bonham leads with the left hand a lot. You could lead with the right and do Tom(R)-Snare(L)-K to create different variations.

Here’s another variation that mixes up the drums using the L-R-K approach:

So let’s try another idea: This time I’m going to take a simple rudiment called a para-diddle-diddle which is sticked R-L-RR-LL. I’m going to replace all the left hand (L) hits with the kick. In the first part of the fill you can see going Snare-Kick-Snare-Snare-Kick-Kick. The right hand strokes then just move around the kit. There’s a flam on the first hit of the 6-stroke pattern, too.

As this is a 6-stroke rudiment it works especially well with triplets which sounds a bit more flashy but is exactly the same concept.

This concept of using rudiments and swapping out hand strokes for kicks is very common in fills and is worth investigating. You can come up with all sorts of fun stuff. In fact, a really good example of applying this to a beat is the Para-Diddle: R-L-RR-L-R-L-L.

If I swap all the right hand strokes for kicks and apply some crafty dynamics I get this very recognizable groove:

You can see it here plain as day in the MIDI editor:

I always try to visualize these things while programming. Knowing a few basics about sticking (rudiments) and leading hands can really help out when making realistic fills. 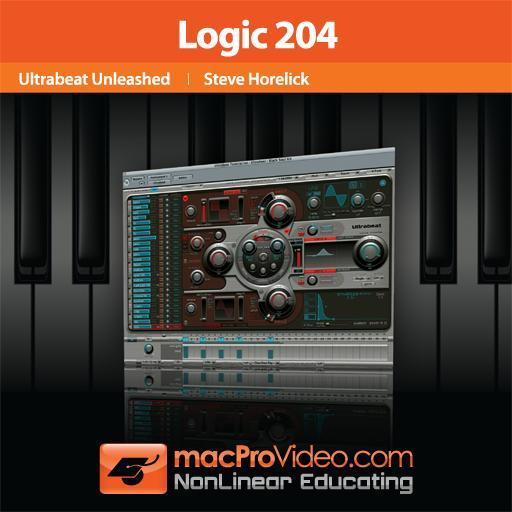 Dream It. Do It.
Do you want to learn Ultrabeat Unleashed?
Yes, I want to learn!
No Thanks, I just want to read the article.
Feedback
How are we doing?
We'd love your thoughts, feedback and questions regarding our new site. All feedback is appreciated!
We do not respond to this form! If you need support, please visit our support page.
Thank you for your input!
Your message has been successfully sent
Course Advisor
Don't Know Where To Start?
Ask A Course Advisor