All Articles News
Fire Strings Is A Cinematic Scoring Instrument For Kontakt - On Sale For A Limited Time
Hollin Jones on Wed, April 25th 0 comments
This 4.5GB library focuses on tonal, aleatoric and rhythmic content and is designed for TV, film and game scoring and composers working in many genres of music.

Paris Sampling has released Fire Strings, a new Kontakt library focused on cinematic and scoring tasks. Weighing in at 4.5GB, it is available via the Kontakt Hub. Over 140 sounds including sustains, textures and grooves are included. 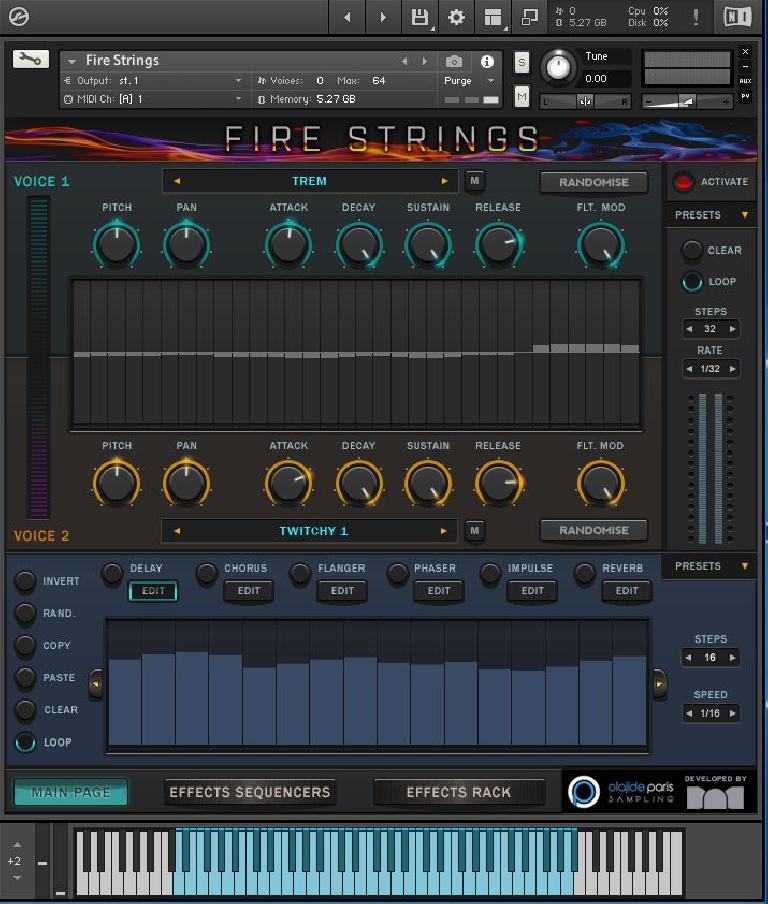 The library content is broken down into three main categories:

Tonal -  This section of the library contains electric violin sustains and textures both of a traditional and extended nature. We dug very deep to push well beyond common technique. Here you’ll find everything from standard sustains and tremolos to the extremely jarring spectral scrubs, harmonics, trills, wild microtonal bends and vibrato.

Rhythmic - The rhythmic content consists of dozens of tonal, tempo-synced electric guitar grooves that serve as the perfect starting point for a cue. All grooves are mapped across several octaves and are freely transposable.

Watch Olajide's video courses on orchestration and scoring in the Ask.Audio Academy: https://ask.audio/academy?nleloc=search/olajide