I had a project I was working on recently that required a particularly 80s drum sound and if there's one thing that sums up the 80s, it's gated reverb!

Now it's not everyone's cup of tea but gated reverb is actually a good way to give drums a lot of space without swamping the sound in long reverb. Here's how I go about it in Logic Pro.

First off I've got a Superior Drummer set up in multi-output mode: 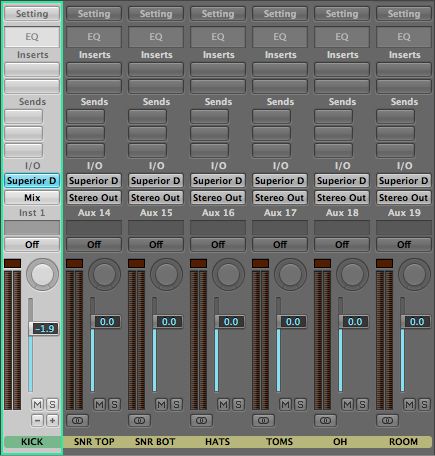 I've got a very simple beat that I've played in. Here are the drums on their own with no reverb:

I'm going to bus the KICK and SNR TOP channels over to an Audio Damage Eos reverb on Bus 1: 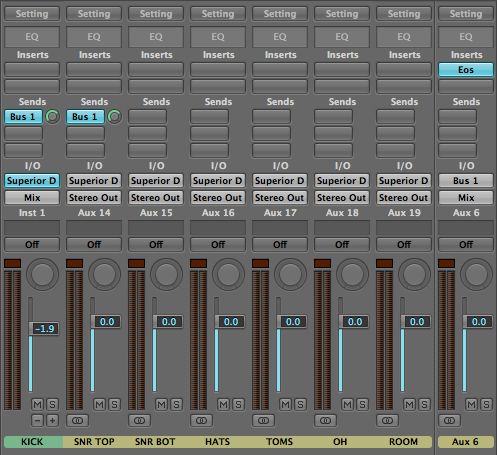 I've loaded a Plate reverb (EMT Style Plate). Ideally you want a very short (if not nonexistent) pre-delay on the reverb with a medium to long reverb time. 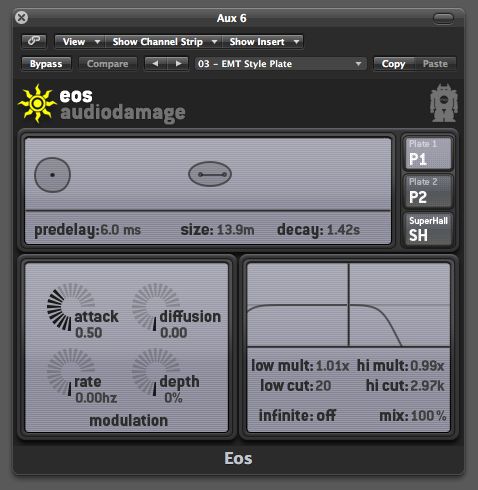 Here's the kit with the full Plate. As you can hear, it's totally swamped in reverb!

Now I'm going to load in a Noise Gate after the reverb on Bus 1. The one that comes with Logic Pro is fine. You could leave it at that and just set the gate up to respond to the reverb channel but, it's a bit unreliable as a trigger for the gate being a mushy reverb sound. So I'm going to set this up another way. 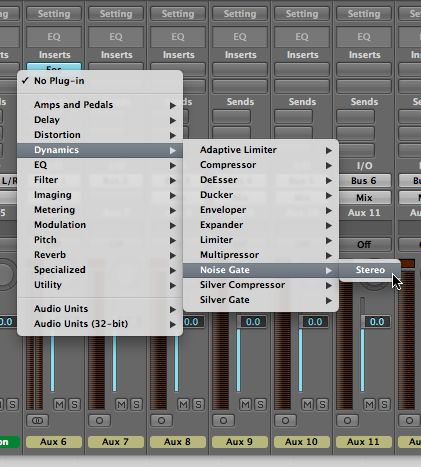 I'll set up another couple of sends to Bus 2 on the kick and snare channels. On Bus 2 I've disabled the output; we don't need to hear it. We're only using it to trigger the gate. 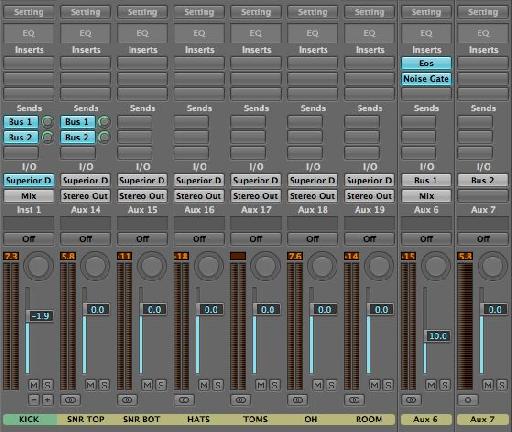 Now I'll select Bus 2 as the Sidechain input on my gate. 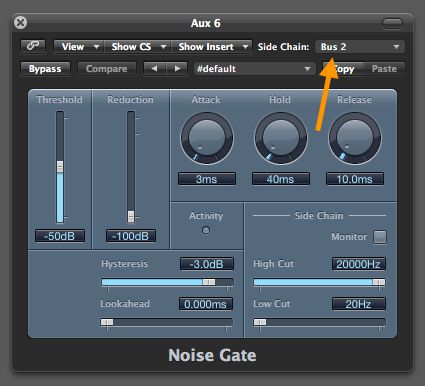 With the default setting you're not going to hear much as the settings are to short so we'll need to tweak the gate.

By setting the threshold at a higher level we can control the accuracy of the trigger. Setting it at a higher level will tighten the gate up as only the transients will hit it. Adjusting the Hold parameter will lengthen the gate out. I've used this as I want to use the Release to cut the reverb off quite abruptly. 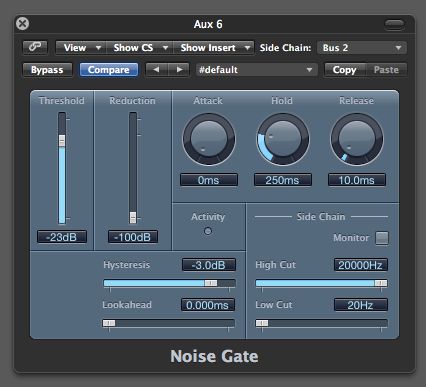 Now here's an alternative way to do this in Logic. Set up sends to Bus 1 like before but this time load a Space Designer on the bus. 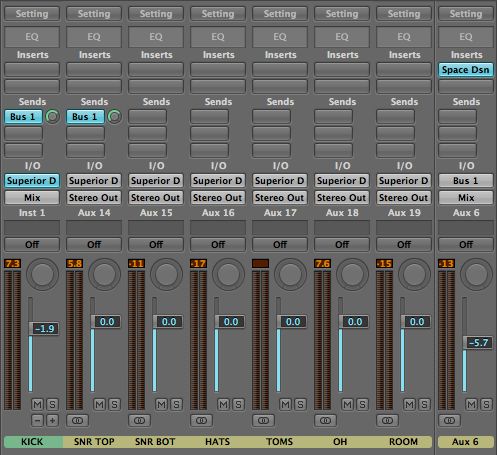 Choose a nice plate reverb. In the volume envelope section grab the control point for release on the far right of the envelope and drag it in to the left. 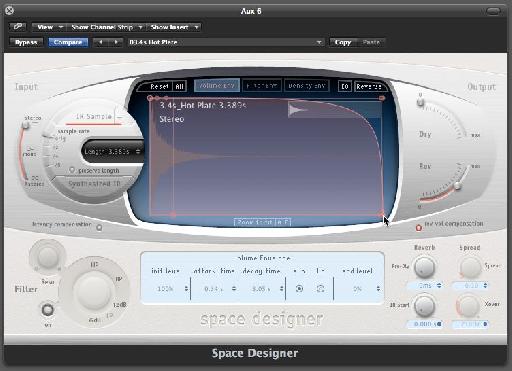 You should see something like this. What you get is a result very similar to before. It's actually a bit of a cheat as you're just shortening the Reverb...but it's very quick to set up. 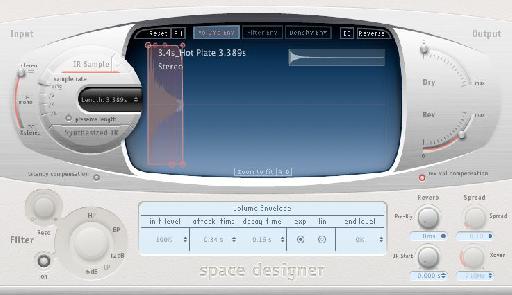 For a more traditional result I'd go with the first example, but the Space Designer way is cool for more effect-based sounds.

The effect is great on toms, too (think Phil Collins!) but I'd avoid it on things like cymbals and hats unless you're after that effect.

Must run: the phone is ringing! I think it's the 80s and they want their Reverb back!

Dream It. Do It.
Do you want to learn Illustrator 301- Advanced Techniques?
Yes, I want to learn!
No Thanks, I just want to read the article.
Feedback
How are we doing?
We'd love your thoughts, feedback and questions regarding our new site. All feedback is appreciated!
We do not respond to this form! If you need support, please visit our support page.
Thank you for your input!
Your message has been successfully sent
Course Advisor
Don't Know Where To Start?
Ask A Course Advisor