All Articles Reason
Hype up your Hip-Hop Hi-Hats in Reason
G.W. Childs IV on Thu, February 17th 1 comments
Language
In some of the recent Hip-Hop tracks I've heard, specifically Waka Flocka Flame, I've been seriously impressed with the hi-hat programming that has been taking place. Instead of regular 8 beats, and 1

In some of the recent Hip-Hop tracks I've heard, specifically Waka Flocka Flame, I've been seriously impressed with the hi-hat programming that has been taking place. Instead of regular 8 beats, and 16 beats within the hi-hats, with the occasional 32nd note shuffle, they have added really cool inclusions of 64th note bursts rolling through a very tight beat.

I've decided to give a little instruction within this tutorial on how you might, if you're interested, add some of the intricate hi-hat bursts with very little effort. I'll be using Reason, but the same principals apply to all other DAWs. Let's check it out!

Turn the tempo down to about 66 BPM, or simply double the tempo to 132. I'm going to go with 66, just to give myself some extra wiggle room. 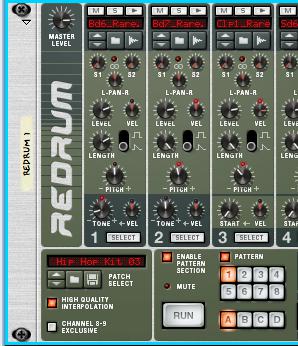 Draw in this beat for your kick, sub-bass, and snare.

Change your Snap Settings to 1/64 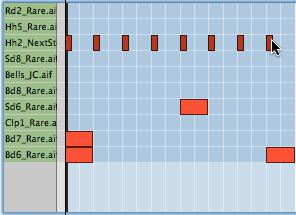 Hold down the Option key and drag the last two beats over 4 times, creating four repetitions of each beat, and 8 additional notes. 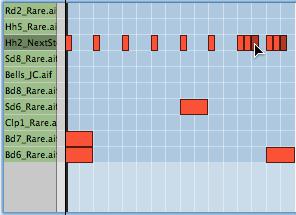 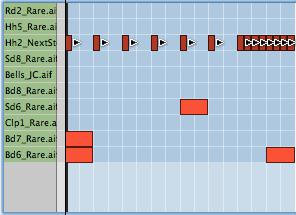 In the velocity area, draw a straight line in the lower regions of velocity like this for the first 7 hits. To do this without affecting the other drum hits, hold down Shift+Option+Command and draw. It should look like the image below. 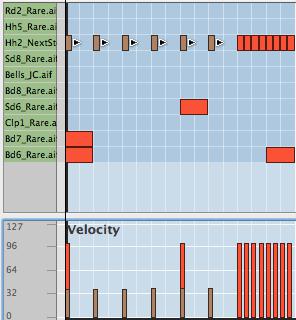 Now, for our 64th note burst, draw a diagonal line going from down to up, so that the burst goes from soft to loud. 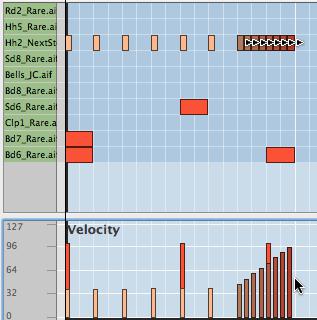 And there you have it, a very easily created 64th note burst that glides in and adds some depth and coolness to your hip-hop beat. It should sounds like this in the end:

And, if you play around, and copy little snippets here and there, it can sound like this...

Oh, and for best effect, and to re-create the previous hi-hat sound. Replace the hi-hat sound with: Hh2_Nextstep.wav.

Become a better producer in Reason.