All Articles News
Indossa OP1 Pack Has 5.5GB Playable Samples For DAWs For Just $5
Hollin Jones on Mon, April 1st 0 comments
Pick up this monster sound pack for Live, Maschine, Studio One and Logic Pro for just 5 Dollars and get the sound of the Teenage Engineering OP-1.

Sample producer Indossa has released OP1 MEGA Sounds PACK for Ableton, Maschine, Studio One, Logic EXS & waves. It has 5.5GB of sounds taken from Teenage Engineering's legendary OP-1 synth / sequencer instrument. And best of all it is extremely competitively priced! Here's what you get.

- Programmed in each DAW/App to sound great out of the gate. 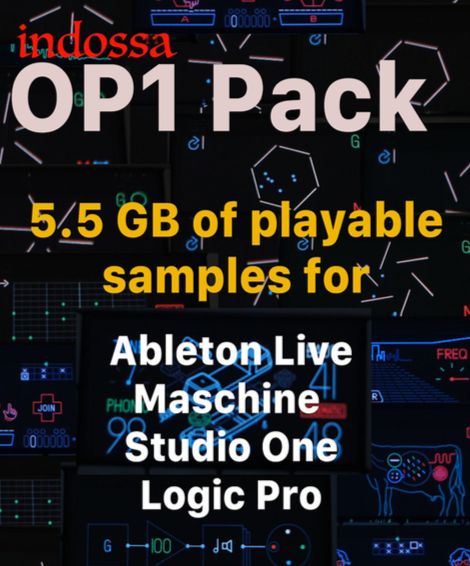 Ableton = compatible with Live Standard/Suite! Made with 9.7 SIMPLER!

Maschine = made with Maschine 2.7

Studio One = made with Studio One Pro 4.1, works with Sample One and Impact XT.  You can also drag and drop the Logic EXS files into Prime/Artist and Presence XT will do its magic.

Logic Pro = made with Logic Pro X.22, very simple to install, check the PDF and Video.