All Articles Logic Pro
Logic Pro: Automated EQs for Rhythmic and Tonal Effects
Gary Hiebner on Mon, January 28th 2 comments
Language
There are already tools such as Stutter Edit and Gater plug-ins which can transform your static sounds into dynamic rhythms. Why not use Logic Pro's EQ effects to do something similar?

Most often, an EQ is looked at as a corrective tool in the mixing process, but it can be used in a creative way as well. I am going to look at how to incorporate EQ automation into your production. This can introduce rhythmic patterns and tonal changes with the EQ. I will be demonstrating this in Logic, but the same steps can be applied in other DAWs. I will be working with a drum loop, and I will add a bass patch on top of this. This bass is the instrument that will be automated with the EQ.

Find a Bass sound or patch that you are happy with. We are looking for bass sounds with long releases. I’ll be playing in long sustained bass notes. And these notes will be automated. 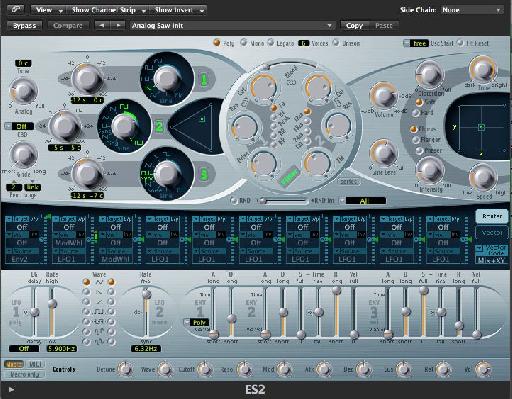 Now add a Channel EQ on the channel strip. Next I’ll get into creating some EQ automation.

On the Channel EQ, I have applied a Low Cut. At the moment it is set to 124 Hz, a Q of 5.3, at a Gain Slope of 24 dB. I want to automate the Frequency of the Low Cut. In the Arrange View enable Automation (View > Track Automation, the shortcut is A). Now make sure this is showing the Channel EQ Low Cut Frequency parameter. 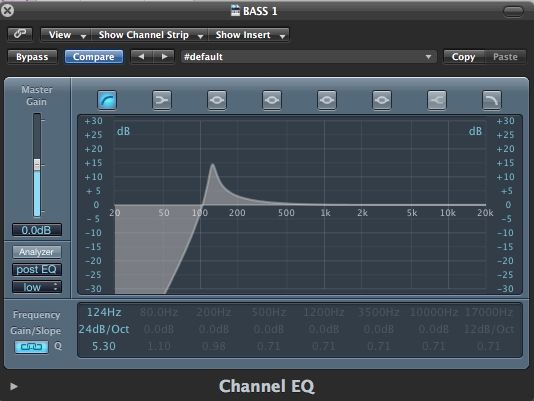 I am going to be using the Marquee Tool to draw in some step automation. (Hit Esc then press E to bring up the Marquee Tool). Select an area with the Marquee tool. Then press Esc twice to change back to the pointer tool. Now click on the marquee area to create node points on the automation lane. You can now either drag this up or down. I have added some subtle Low Cut Frequency changes.

You can go crazy and start drawing in some more bizarre step automation. To spice it up create some linear automation changes as well. Have a look at the automation I have created here for the bass.

As I did with a Low Cut, you can do the same with a High Cut on the Channel EQ. I have applied a High Cut with the following settings:

The peak created by the Q creates a nice resonance to the sound when you sweep it up and down the frequency range. 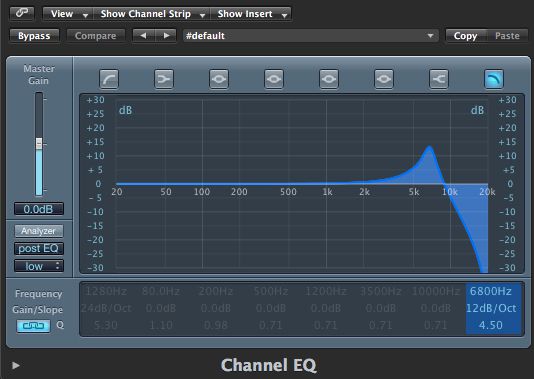 When automating the higher frequencies, it gives the impression of volume drops in the sound, which I quite like as well.

Step 4 – Mix Them Together and See What You Got

Now let’s really spice this bass up. I have created three bass tracks. I have duplicated the ES2 patch to all of them. On the first bass I have the subtle Low Cut EQ automation that we did in Step 2. On the second bass I have copied the more detailed automation we did in the second part of Step 2. And on the third bass I have applied the High Cut automation.

Keep Bass 1 panned to the center. Then pan Bass 2 hard left, and Bass 3 hard right. Now play back all three basses with the drum loop. How’s that for a crazy bass patch.

See how your EQ doesn’t have to only be a corrective tool? It can be used in a creative sense as well. I have shown you how you can automate the EQs on instruments to create rhythm and interest. But it doesn’t only have to be on bass sounds, it can be applied on any instrument, as long as the instruments play sustained notes. Try this out in your future productions. You’ll never look at an EQ the same way again.

Gary Hiebner
Gary Hiebner is an enthusiastic South African Sound Designer and Apple Tech Head! Gary has been involved in the South African music industry for the decade, and in this time has also been involved in the sound design and music production for many advertising agencies and media houses. Gary is a devoted Logic and Ableton user, but he also dabbles in Cubase, FL Studio, Studio One and esoteric sound design tools, such as Max/MSP and CSound.
Related Videos
Comments (2)