Grain is a powerful new synthesizer that comes with Reason 10 and Luftrum has just released a new collection of patches - appropriately named Luftrum 17 - to help you get even more out of it. Here's what the developer told us about it. 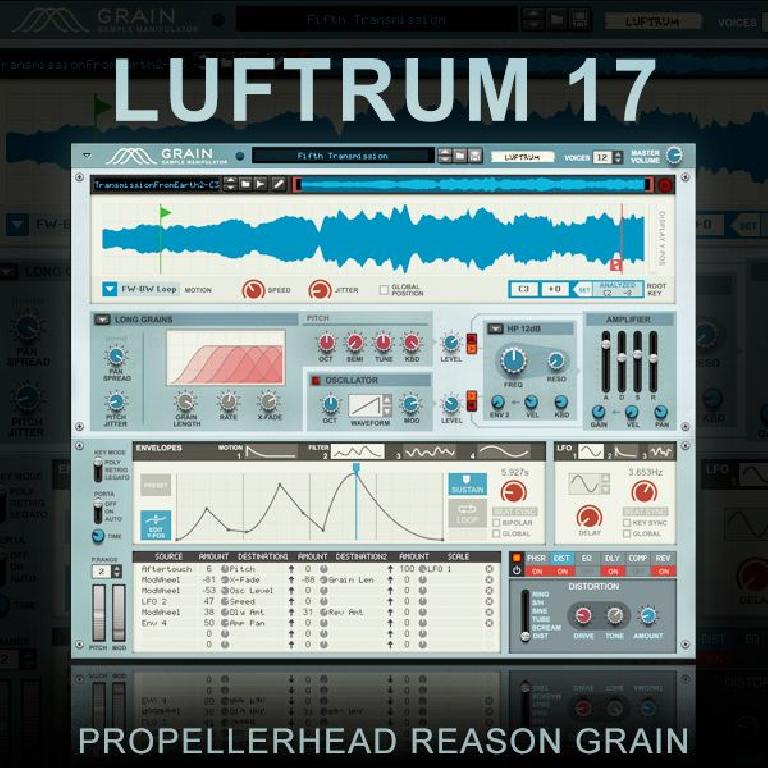 "Inside Luftrum 17 you will find 75 handcrafted Grain patches from lush, deep, interstellar pads to velvety synth keys and 80s retro inspired leads – all made for the softer side of electronic, synthwave and cinematic music. Also included is a 180MB sample ReFill with 150 key-labelled sound sources from Luftrum’s pad instrument Lunaris. Some would probably even call Luftrum 17 for mini-Lunaris in Reason format and that would be just fair. Many of the pads are inspired by its bigger brother and recreated using the features in Grain."

Check out more audio examples below.

Learn more about Reason and Grain in the Ask.Audio Acdemy: https://ask.audio/academy?nleloc=category/audio/application/reason

Dream It. Do It.
Do you want to learn Grain's Granular Synthesis Explored?
Yes, I want to learn!
No Thanks, I just want to read the article.
Feedback
How are we doing?
We'd love your thoughts, feedback and questions regarding our new site. All feedback is appreciated!
We do not respond to this form! If you need support, please visit our support page.
Thank you for your input!
Your message has been successfully sent
Course Advisor
Don't Know Where To Start?
Ask A Course Advisor