All Articles iPad
Making a Big Bass Patch in Thor for iPad
Hollin Jones on Wed, August 21st 0 comments
Language
Serious sound design on an iPad? Who'd have thought it truly is both possible and desirable - especially since Propellerhead released Thor for iPad! Here's how to create a big bass patch.

Propellerhead has created Thor for iPad, a standalone version of its amazing Polysonic synth from Reason and it's an excellent instrument to play with. Let's have a look at how to modify a simple bass patch to make it sound huge, and then how to get that patch into Thor on your desktop to use it as part of a Reason project. You can initialise the whole synth by going to the Preset menu then the Templates tab and choosing Simple Analog, but in this case, choose the Fat Analog Bass template. Tap the keys and you will hear it's a pretty standard bass sound. What we're going to do next is make it more interesting. 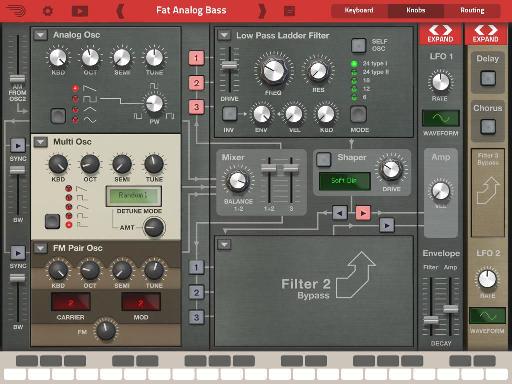 In the Oscillator section on the left, tap the chooser button on the second slot and reassign it to use a Multi Osc module. Slide your finger on the Oct control to turn it down by a couple of octaves and then switch the waveform type to the lowest option, which should give it a more gritty sound immediately. If you like, repeat with the third slot, perhaps choosing an FM Pair module and again turning its octave control down. 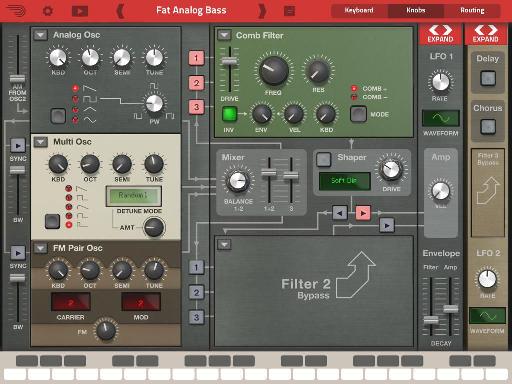 You can use the Mixer section in the centre of this screen to blend between the oscillators. The knob balances between 1 and 2, and the two sliders changes the amount of oscs 1 and 2 combined with the output of osc 3. Try also adding a Comb filter in the filter slot above this and choosing  to invert it, dialling in a little more drive. Play with the frequency and resonance dials until the sound is suitably dirty. The settings shown here seem to work pretty well.

Step 4 - Play with the envelopes 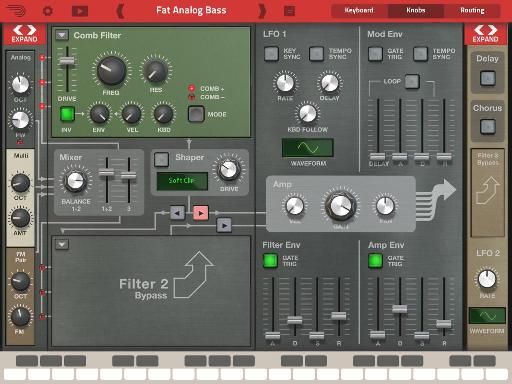 Expand the next section to the right by tapping on its Expand area. Here you can control the filter and amp envelopes, each with ADSR controls so you can set up the way the sound comes in, sustains and releases. Also use the Amp section to control the velocity and pan of the signal. 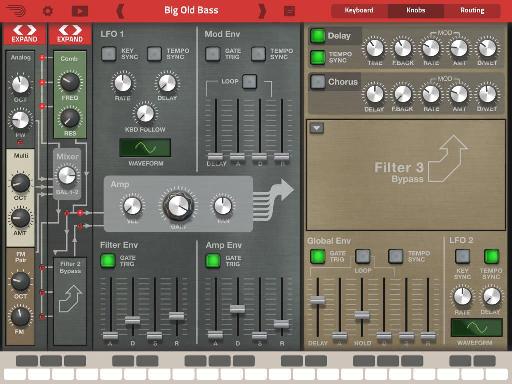 Expand the next section along to access the effects. You can dial in some delay and make it sync to the master tempo '" this can be set in the main settings section. Dial in time, feedback and rate to get some cool sounding delays going. There's also a global envelope section here. 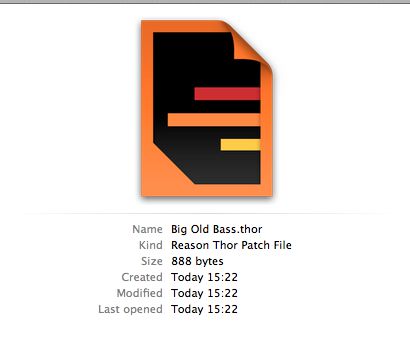 Click on the disk icon to save the patch, entering a new name as you go. Connect your iPad to your Mac or PC and open iTunes. Under the Apps tab, go to the Thor section and you'll see a folder called My Patches. This contains any patches you have created so if you drag it to the Desktop you will be able to open the patch in Reason on your computer. It's an excellent way of designing cool sounds on the move, then incorporating them into your studio later!